A Talk With Haviland Morris

If you saw 16 Candles or Gremlins II, then you'll recognize my next interview subject.
By Caps_2-0
On
The year was 1999. I was doing some shopping at a mall, and I picked up some John Hughes movies. One of them was "Sixteen Candles". Besides Molly Ringwald and Anthony Michael Hall, I found myself concentrating on the comedic skills of my newest interview subject. The character was Caroline...The actress is Haviland Morris. 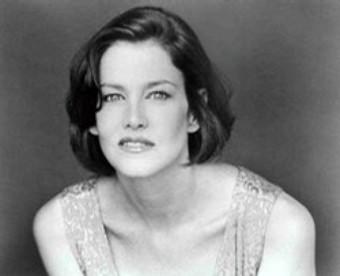 I was later impressed by her work as Marla Bloodstone in "Gremlins 2: The New Batch", sassy, seductive and bold.

I recently had the opportunity to do an interview with this actress who made an impression upon my younger self.

The RetroJunk Interview With Haviland Morris!

Haviland: Growing up in Hong Kong and Singapore, I had sort of limited exposure to pop culture. English-speaking television began at 6pm on weekdays and then we had Casey Kasem's American Top 40 on Sundays, but that was about it. My first album was the Partridge Family album, in the 5th or 6th grade. I was madly in love with David Cassidy. High school brought "Dallas" and "The Young and the Restless" to our airwaves, which seemed to be a shared obsession with all of my high school friends.

Haviland: I went to a Lutheran school in Hong Kong. The educational standard was very high, so we worked hard and also attended compulsory chapel every morning.

Haviland: When I was 8, I saw a semi-professional production of "Oliver". I was completely blown away. I kept standing up out of my seat to see the conductor. I couldn't believe that it was live and not a movie!! After that, I found out how old you needed to be to join that group (16) and made my mother promise that when I was 16 I could join. I never looked back.

Haviland: When I was in college, I waited tables every summer in NYC but I knew I didn't want to do that after school, so I studied what was in those days called word processing and got a great job in the municipal bond department of a prominent NY law firm. There was a partner there who had too much work for his four, full-time, day secretaries, but no more desks, so I would come in every night at 5 and work on the computer in the nice, quiet office until midnight. Then they sent me home by car service. It was perfect. I could audition all day and then work at night in a pretty stress-free environment. When I got my first acting job after just a few months ("Reckless"), they let me go off and shoot and then come back when I was done. This went on for the next four years until I finally didn't really need a second job any more.

Caps: You made your film debut in 1984's "Reckless", and 2 years later you played Henrietta Liston in the TV movie "George Washington II: The Forging Of A Nation". The both of them were produced by MGM/UA, a studio which had a lot of difficulty in the 80s. What was it like making movies for a studio on shaky ground?

Haviland: I was completely oblivious to the studio's financial position. As I recall, "Reckless" was a reverse pick-up (I don't think that's the right term. It was not officially made by MGM, although the understanding was that it would be picked up at completion, or some such). But I certainly didn't know the difference. Our trailers were always there; there was always craft service and my checks arrived in a timely fashion. Since I wasn't in a producing capacity or receiving points, it really didn't affect me at all.

Caps: "16 Candles" stands as one of the defining romantic comedies of the 80s. Why do you think that is?

Haviland: I don't have an original or interesting answer to that question. But the producers knew that it would, even before we started shooting.

Caps: I've heard many stories about the late John Hughes. Many of them have been flattering, but several haven't exactly painted him in a good light. What are your memories of him while filming this movie?

Haviland: He was completely delightful in every way - fun, creative, generous to a fault, completely ego-less when it came to his script. We did a lot of improvisation on the set and if someone came up with something funny or true, he laughed as hard as anyone and put it in the movie. The premiere wasn't in NYC so when the print was ready, he invited those of us in NYC to his hotel suite to have a "family screening". I couldn't have asked for a better director. It was a great summer. 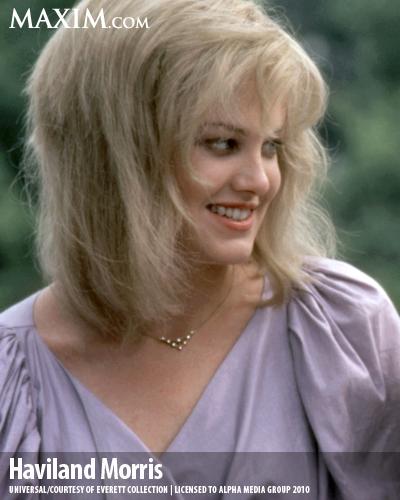 Caps: Michael Schoeffling is sort of the J.D Salinger of 80s teen actors. He made an impact on the hearts on many fans of the movie, but eventually became reclusive. Have you talked to him in the years since "16 Candles" was released?

Caps: I liked "Who's That Girl?", but many critics didn't, to the point where Madonna won a Razzie, while the movie itself was nominated for 4 others. When you spend a lot of time and effort on a movie, and critics disparage it, what goes through your mind?

Haviland: It's disappointing of course, but not usually a surprise. You can usually see that a project isn't going quite the way it was supposed to long before the critics get a hold of it.

Caps: What was Madonna like to work with?
Haviland: I didn't really work with her much; I think we only had one or two scenes together. She was smart and funny and had an enormous entourage around her all of the time. When we shot on the street you couldn't hear the dialogue because the fans were screaming so loud.

Caps: "Gremlins II: The New Batch" stands as one of my favorite sequels. It was very zany and very funny. Was it like that while filming, or was the atmosphere subdued?

Haviland: Oh, no, not remotely subdued. Totally silly and fun all of the time. Joe and Mike were really relaxed and fun to work with and the whole cast was just having a great and loony time together.

Caps: Did you have the chance to meet Steven Spielberg while working on this movie?

Haviland: This is kind of embarrassing, but I'm not sure. I think I may have, but if so, it was just him wandering over to the set one day and a "How do you do." I don't really remember. Actually, I think I met him on something else.

Caps: Your character, Marla Bloodstone, had some very funny lines. Were they all in the script, or did you improvise some of them?

Haviland: Oh, I think probably 90% of them must have been in the script because it was the lines which led me to that crazy character, which I brought with some reservation to the first audition. But like John Hughes, Joe was very open to anything coming out of your mouth which was funny and worked. I was so lucky to work with both of them. Really collaborative in the best possible way. 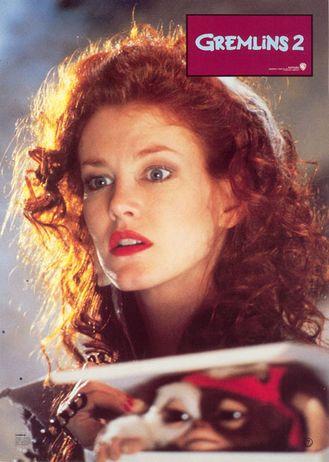 Caps: You worked with John Hughes again on "Home Alone 3". Had he changed to you in the interim between "16 Candles" and this movie, or was he basically the same?

Haviland: He was the same guy but his experience with Hollywood had not been entirely happy and it had embittered him, sort of, which was really sad. I didn't see too much of him during the shooting of Home Alone 3; he didn't hang around like one of the gang.

Caps: What movies did you audition for, but didn't get? 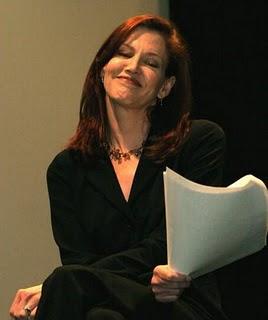 Caps: While you still act, you're now a real estate agent as well. What led you into realty?

Haviland: Well, private school tuition, probably. I just wasn't getting enough acting work any more so it was time to explore something else. Real estate is more dramatic than the entertainment industry, so it fit the bill perfectly.

Caps: How have the economic events of the past few years affected your job?

Haviland: Well, we had about a year there where things were really bad - volume of sales were down 50% -- and I was fairly new at the business, so my business took a real hit. But we've been really lucky here in NYC - sales have bounced back and things are really back on track, though the prices have dropped a bit.

Caps: In your professional estimation, what was the fanciest house you ever sold?

Haviland: Hmmmm ... I think the fanciest one was actually a rental. It was a condo with drop dead, 360 degree views of Manhattan and beyond, and rented for around $30,000 a month.

Caps: In 10 years time, do you see yourself still acting, or is real estate where your primary concentration is right now?

Haviland: My agents have been ridiculously good sports about this thing where I only do a couple of little projects a year, so hopefully they will continue to be. I spend most of my time doing real estate but you never stop being an actor. So if I can keep doing a little here and a little there forever, that will be heaven.

Haviland: Naaa. Every mistake leads you somewhere good. I have an incredible life. 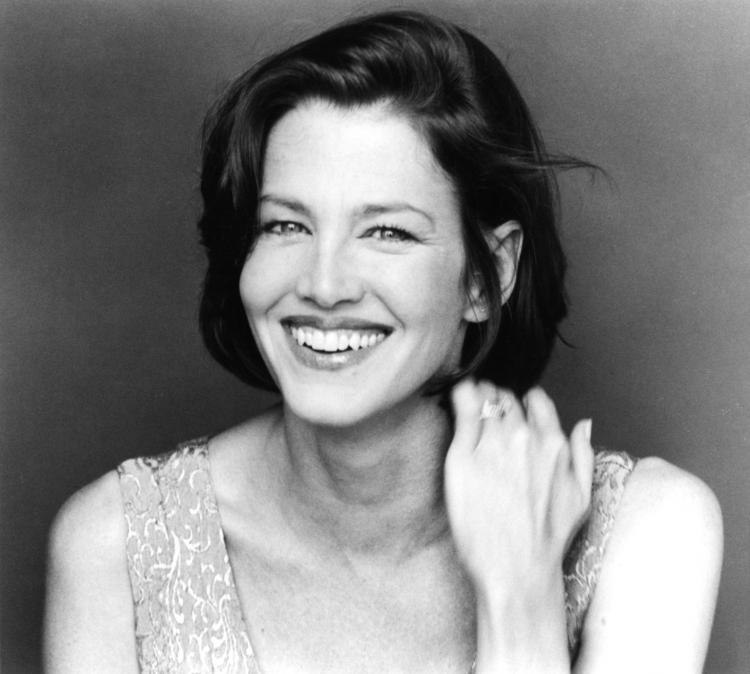 I would like to thank Ms. Morris for working with me. It's always a pleasure to talk to retro celebrities, and I hope you all enjoyed the interview, too.
12
Login To Vote!
More Articles From Caps_2-0