remember those guys that were all like turtles and green and did ninja things? everyone from the 80's and 90's did! cowabunga!
By System
On
Screw you if you hate the teenage mutant ninja turtles! When I was a kid, everybody looked at you weird if you didn't watch the Saturday morning show. But i had them all beat; I had the live action movies and episodes 1-90!

So anyways, back in 1987, this new awesome show came out by H.F.E. called, "Teenage Mutant Ninja Turtles". Everybody was like, "what the hell?" because it was kinda strange to see turtles kicking ninja ass as rad as the foot. But, when you got into the show, holy crap! Great story lines, awesome lighting effects (remember when they came out of the sewers in the opening theme?) and of course, wicked graphics. It was the slickest P.O.S. of a cartoon made by Americans! I mean, when turtles came out, so did Robotech and other sweet imported shows. But the turtles were here to stay.

1989 followed, and then we saw it. The most bad-ass memorabilia ever. TMNT action figures with weapon accessories and high definition details! Not to mention a couple months later, they had those transformer-like action figures; from innocent, little baby turtles, (open the shell, twist their heads like on the exorcist, a couple appendages later. . .) to wicked ninja turtles!

That same year, someone high in the ranks of Nintendo said, "hey, wouldn't it be great if we made a game of TMNT on the NES?" voila, one the most best "button-smashy, kick-their-ass" games was created. Again in 1990, another game released: TMNT II: the arcade game. Don’t forget their handheld, Fall of the foot clan. There’s countless others, and if you want to know them all, visit www.ninjaturtles.com 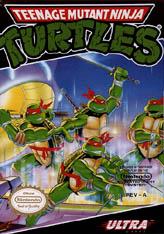 In 1990, the came out with their very own live action movie. Ok, not all was live action, if you count the puppetry and all, but wasn't April hot? She gave me my first wet dream . . . Cough-cough, moving on. . .1991, and they exploded out with a blockbuster sequel: "teenage mutant ninja turtles II: the secret of the ooze". I was like, "mommy, the movie made me shat myself-it was so good" (not really, though I couldn't stop quoting it to save my life). It was all about them learning how they became "beat-your-mom-to-death-so-rad" ninja turtles, from toxic ooze. But, the shredder learns it and makes some super freaks of his own by stealing the last secret ooze vial. Bad, shredder! Bad! With a guest appearance by vanilla ice (angry white boy rap that never caught on till eminem), it was a box office success, in sequel standards, of course. . .

to make a long story short, more memorabilia, more games (TMNT: turtles in time, released in 1993 [its an Christmas wish I’ve had for 11 years]) and more plastic junk that was all thrown out in 1994. It kinda died around then, not much to it than the show, so ABC killed it (the bastards. . .)in order to save TMNT, Hollywood decided to make one last effort to make a live action movie, the third and final ever made. TMNT III wasn’t a big success, thx to short movie budgets that kill any potentially good movie, but they did make some cash. 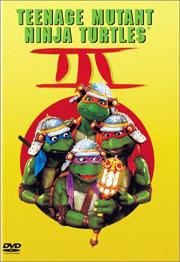 1997, all of a sudden, it was a retro comeback for the turtles, with an all new live action SHOW! Now this was the shit! I couldn’t get enough, but everyone else could. I believe season 2 they cancelled it from air. In fact, it was cancelled a year later in 1998 (the same year super smash brothers for the n64 came out. coincidence? you figure it out. . .)

now they have a new cartoon out, which isn’t at all bad (because it makes the "really cool" old one look like assrinds), more memorabilia, games and plastic junk. . .TMNT made a great comeback with all new fans of all ages this year, and i couldn’t be more proud.

13
Quote O' Matic
Trixie Tang: "Trixie Tang: You're 0.01% more of a person in my eyes. -Trixie Tang"
The Fairly OddParents 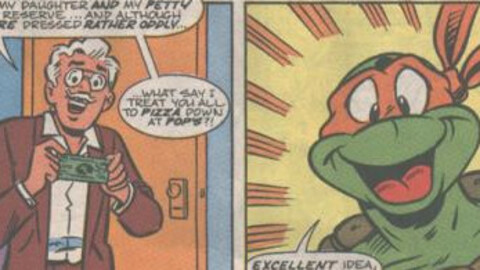 7
System
The Teenage Mutant Ninja Turtles meet Archie
A look at one of the greatest literary works mankind has ever achieved.