Hoppin' Down the Bunny Trail

A look back at plastic eggs, Eater baskets, and more!
By stevensampieri
On
Ah, Spring is in the air... which means flowers are blooming, birds are chirping, and my allergies are in full swing! Spring brings about new life to the once gray, cold, drear that we call winter here in Tennessee. Although I enjoy winter as much as the next guy, it is nice to know that warmth is on its way and the grass will be greener on the other side. 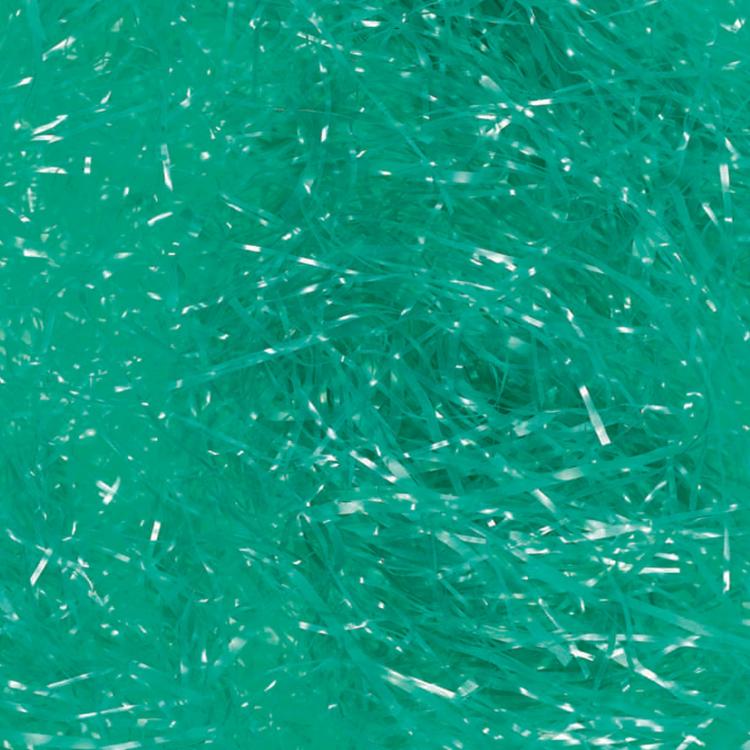 Speaking of green grass, Easter is on its way! As some of us celebrate the death and resurrection of Jesus, some will celebrate other things...like a giant 6ft bunny breaking into houses, filling up on rather expensive produce, and leaving baskets full of goodies for children to find in the morning. Hmmm, such a concept has to be so unbelievable that even a child would have no part in it. WRONG! As a child I bought it hook, line, and two sinkers. All I could think about during Sunday Easter service was how many eggs I would find and what goodies would be stuffed inside them. As I look back on my selfish childhood, I would like to reminisce on a few of my favorite Easter memories of the yesteryears. 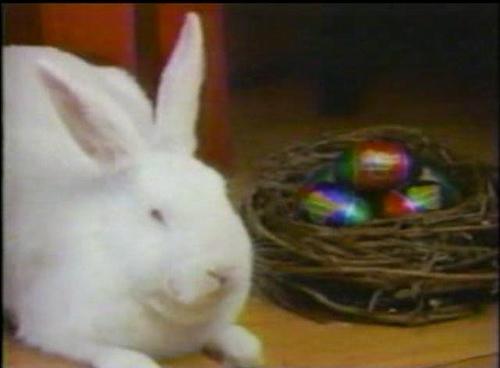 I always knew Easter was on its way when this rather fat fellow made his yearly commercial debut. Clucking away, the Cadbury Bunny flaunted his sacred nectar filled eggs that were "only around until Easter"...or whenever the stores half priced them the day after Easter and the old people nabbed them all. Whew, that was a long way of saying that Cadbury Creme Eggs are too delicious to eat more than once a year. Although, they are awful tempting at Christmas time in their shiny Christmas foil. Oh well, some things are better when you only have them once a year...right?? 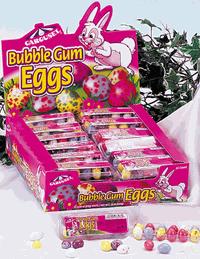 If you have had these, you know that bunnies can lay more than just delicious creme eggs...they can lay bubble gum ones too. Bubble gum is chewed all year long, but how much more fun is it to open a makeshift egg carton to reveal gum shaped like eggs. Although bubble gum eggs weren't the most important basket filler, they had their place in the green grass jungle. 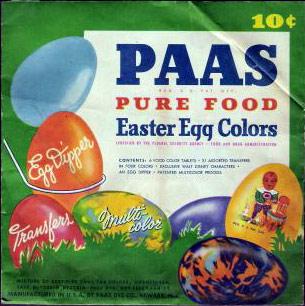 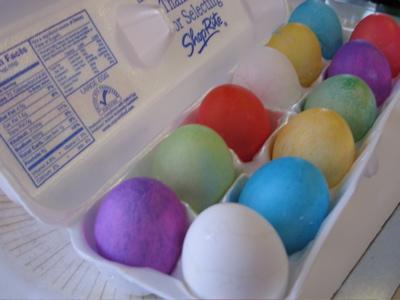 I would like to say that my family had the fun yet awkward tradition of dyeing eggs, but that just wouldn't be true. Many people preferred to hide real dyed eggs for their Easter egg hunts, yet others had to settle for the plastic ones like I sought out year after year. 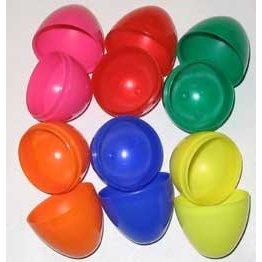 Less than authentic, these plastic wonders could hold the smallest of candies to the most sought after prize in the field. Unlike the common plastic egg that the chicken or Fred Flintstone quarter machines had, these Easter eggs had better premiums. If luck happened to be on your side, even the slightly larger prize egg was within reach (which always boasted a slighly better prize)! Easter egg prizes could range from toys, treats, or even something a little more special... 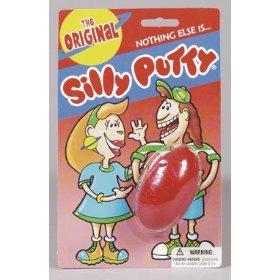 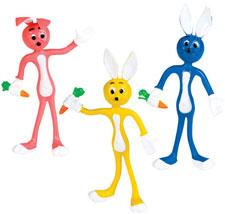 Each child has their preference in Easter basket structure. Whether it be the traditional wicker type basket or something plastic, Easter baskets were essential in gathering the goods. So essential, that Ronald McDonald himself made sure that golden arch enthusiasts would not go without... 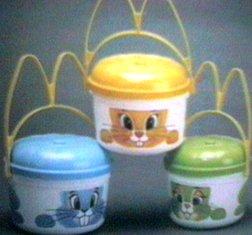 McBunny pails were introduced in the late 80's and early 90's as toy substitutes for the Easter season. Although not getting a Happy Meal toy was equivalent to 1st degree murder, these pails would have to do. I can recall using a few of these in my egg hunting days, although my mother insisted that I use a "nicer" one at home...(don't try to understand mom logic, just agree). Upon closer look, it appears that McDonald's covered all bases by making a blue pail for the boys, a green pail for the girls, and a yellow pail for when the cashier just couldn't quite tell what the kid was...no matter, the pails were fun and fun to use by all (no matter what color you got). 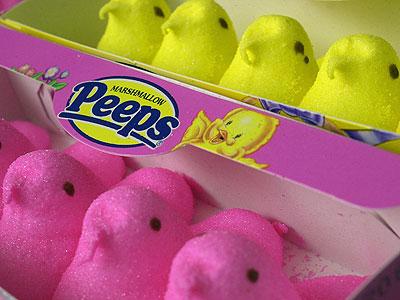 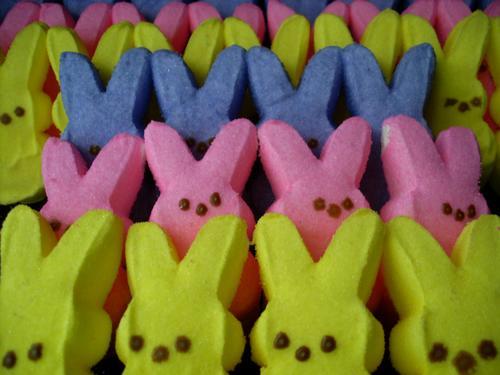 Love them or hate them, Peeps are simply an Easter staple. Every year, I received a basket full of the sugar coated marshmallow treats...but never really cared for them. Now that my taste buds have matured... ok, ok, I still don't care for them. That is not to say that I don't buy them every year out of tradition, I just haven't acquired a taste for Peeps. No matter what your deposition of Peeps may be, you have to admit that it is nice to see them plaguing the shelves in armies much like the ones pictured above. 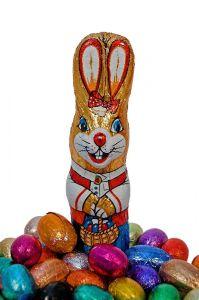 I highly doubt that when ancient tribes used to consider chocolate as a delicacy that they had tried Palmer's Bunny Crisp. Wrapped in shiny, bunny metallic foil, this cheap rice laden chocolate bunny was a frequent in my Easter basket. Not that I cared so much as a young child, but as I grew older I began to notice Palmer's poor commitment to fine confectionery. As I took a stroll down the Easter candy aisle the other day, I took a delight to see that these things still fill the shelves in the same manor they did when we were kids. Palmer's I salute you, for better or for worse... 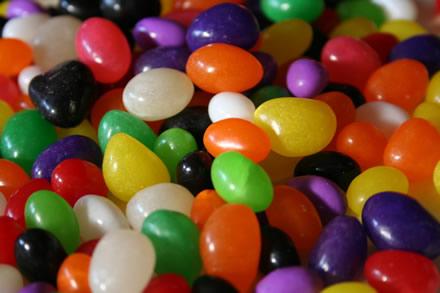 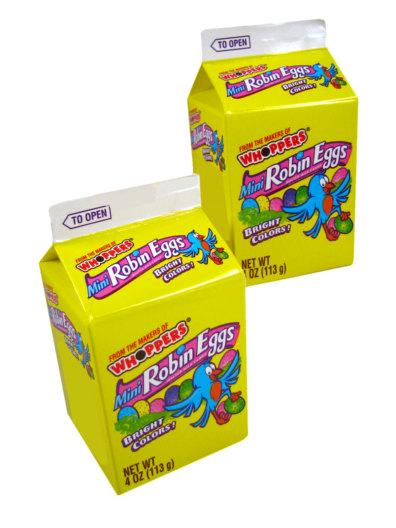 Since we are discussing candy, let's bring up a few more Easter treats that I enjoyed as a kid. Traditional jelly beans were always a treat for the mouth and the eyes, except the black ones. If you can say that you enjoy the black ones...congratulations...you are officially deranged! Now I anticipate several of you will rip that last comment apart, so let me give my sincere apologies now...(cough deranged cough). Robin Eggs were always fun to eat as well, giving you the option to act as if you would invade a bird's nest to rob it of its babies and try them for a snack. Ok, maybe that is a weird way of looking at Robin Eggs, but they are tasty! 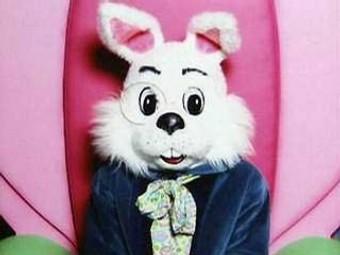 Now that this article is coming to a close, I just have one more item to address. Mall Easter Bunnies. I have always found it to be odd that kids would sit in the lap of a giant bunny with fur that is supposed to be white, yet it is a shade or two nasty. I know, I know, we all have done it...but you have to admit that it is a strange concept. I can't say too much, I was like fifteen when I discovered there was no Easter Bunny...now the black jelly bean lovers have dirt on me. I hope this article has humored you some and let you take a look back on some of the fun/tasty/ridiculous parts of our Easter childhoods. Take time to remember what the season is truly about, crack open a few Cadburys, and watch the Easter Beagle. 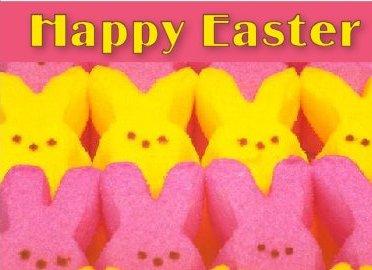 Thanks to all that I borrowed pictures from, you helped make this article possible!
25
Login To Vote!
More Articles From stevensampieri 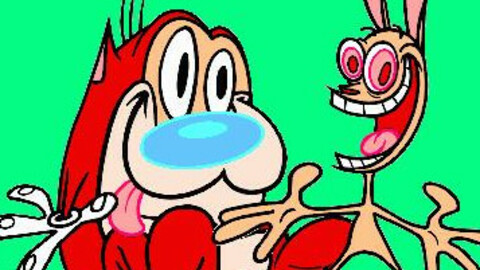 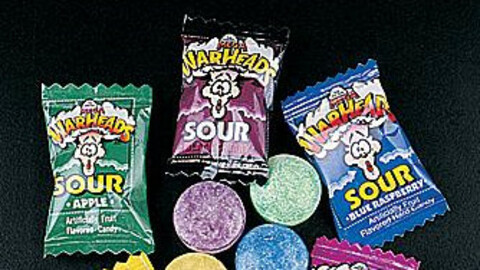