It's Not All Bad

An article about the few good cartoons that come on TV today.
By Paperboy84
On
I'm talking about cartoons, people! The new ones. Yep, the ones that come on today. Many people believe that the 80's and 90's had the best cartoons ever. This is true, but they also believe that nothing good ever came out ever again. I'm writing this article to prove that that's not true. There are some really good cartoons on the air today. They can be sort of hard to find because there is also a lot of crap. You have to kind of dig through the crap to find the good stuff, but they do exist. Now, I realize that there was another article similar to this one. It was good, but I didn't really agree with the cartoons the writer chose as examples, so I made my own list. These are not in any particular order.

You'll immediately fall in love with just the way this cartoon looks! The art style and animation is really unique, and the show itself is a good mixture of action and humor. Little ninjas running around, fighting and stuff. Really unusual stuff, but also really cool. Girls will dig the undeniable "cuteness" while guys will appreciate the high-flying action. A show for everyone. 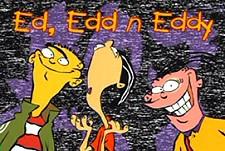 This show is so under-rated! I never hear anyone talking about it, but I think it's a great cartoon. It's about three youngsters, the "3 Eds," three wannabe con men who try to scam the other neighborhood kids out of their money. They get in all sorts of hijinks in trying to do so. I like this show because the characters behave like real kids. Reminds me of when I was a kid......okay, so some of the stuff they do is a little over the top, but it definitely reminds me of me and my friends, and the mischief we used to get into in the neighborhood. 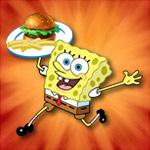 I KNOW you know about SpongeBob. Everyone does. He's so popular now. Merchandise, video games, the works. This show has been around for quite some time now, and it has a pretty solid reputation for being a good show, so I don't even need to say much about it here. Some people say that the show started off good, but the newer episodes aren't so much. But the show has remained good over the years to me. Check this one out if you haven't seen it (as unlikely as that is). 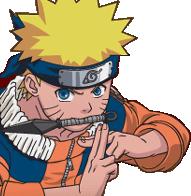 The hard-hitting, action-packed show that seemed to have come out of nowhere. I haven't been so into a cartoon in a long time. When it first aired in America, I thought it was just another one of those lame Japanese shows that Cartoon Network seems to come out with every month. It didn't take me long to realize that I was wrong. This one was different. This one was actually good. Anime is a dime a dozen in America now, and a lot of them suck in my opinion. There are a few good ones, and Naruto is one of those good ones. And every episode is a cliffhanger. Every episode leaves you wanting more. A rare breed indeed.
5.Foster's Home for Imaginary Friends

Another show with very slick, very smooth animation. Sometimes I wonder how they do it. Is it all hand-drawn, or is it done with computers? Anyway, aside from that, the show is drop-dead funny. These days, the only cartoons I really laugh out loud at are the ones for adults like Family Guy and The Boondocks, so it's really rare for a kids show to make me laugh so much. This one is definitely not to be missed. 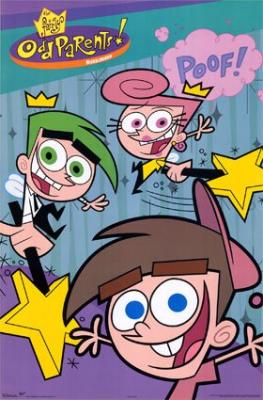 Another funny show with funny characters, and I like it because it makes pop-culture references. The main character, Timmy, is a 10-year-old kid who has two fairy godparents who grant his every wish. The three of them go on all kinds of adventures together. Through time, into people's minds, into TV shows, to other planets, you name it. One of the funniest characters is Timmy's evil teacher who wants to prove that fairys do in fact exist. He is obviously out of his mind. He can never just say "fairy godparents" normally. Whenever he says it, he totally freaks out and yells it at the top of his lungs, striking his body maniacally in different positions... Funny stuff, very funny stuff. And Timmy's parents! Oh man don't even get me started on his parents. Just watch this show, please. 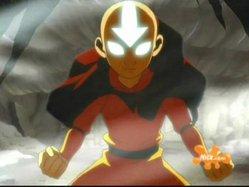 I have to admit, I didn't like this show at first. Whenever there's an American made show that looks like anime, I'm always skeptical about it. But after watching a few episodes, it became clear that the guys who created this show weren't messing around. They take the show and the anime style of the show very seriously, and it shows. Beautiful art and animation, awesome fight sequences, a story that's deep but not too complicated, and some interesting characters. I have no idea what time(s) this show comes on, I just always seem to catch it when it does. It's a really cool show. I'm an adult now and I enjoy it. I bet the kids love it. 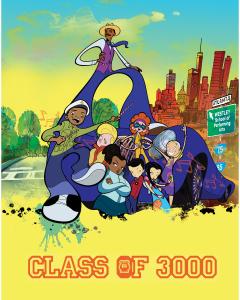 I dig this show, and I'm not just saying that because it stars one of my favorite rappers. You can tell Andre 3000 was really involved in the making of this show. He didn't just put his name on it and walk away. The story is set in Atlanta, my hometown, I might add. It's about a big-time entertainer who decided he was tired of the "glamorous" life. He wants to get out of the public eye so he becomes a music teacher at a low-key art school. It's a real musical show and every episode has a song! You can't beat that. I mean don't get me wrong, none of the songs here are Grammy-worthy or anything, but it's fun to have a show with something like this. And the visuals change dramatically when the song starts, too. It's almost like watching a little music video. Definately check it out.

Well, there's my list of new cartoons that don't bite. I don't know if anyone wants to read another list like this, but it's a topic I felt strongly about and I really wanted to express my opinion. I know everyone is not going to agree with the choices I made, but I hope you enjoyed reading this article as much as I enjoyed writing it. Peace.
2
Login To Vote!

-8
Celeste
Bad Guy Cliches
A list of time honoured cliches that bad guys use to get the jump on their enemies.

17
tbondrage99
As Bad As I Wanna Be
A Look at the villains of Star Wars and what makes them so bad. 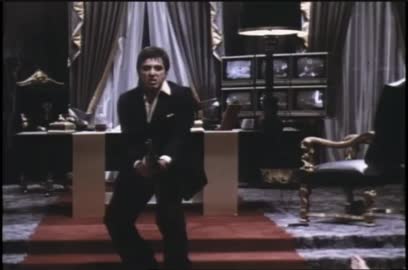 Dr. Pepper-Bad Case Of Lovin' You

A Promo For Season 3 Of "Breaking Bad" 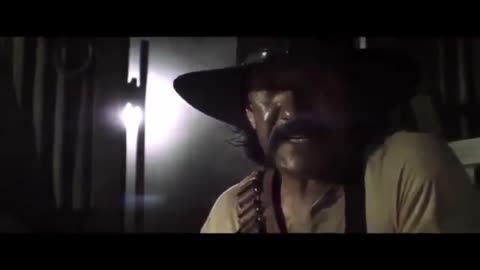 Out of This World on KSTW in Evie's Having Bad Dreams
More Commercials
An unhandled error has occurred. Reload Dismiss