Captain Planet and the Planeteers Review

By your power combined, I am Captain Planet.
By strider613
On 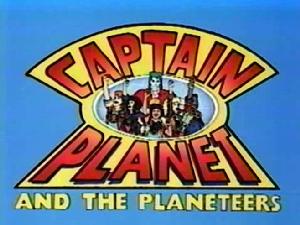 Hello and welcome to my review of the 90’s cartoon Captain Planet and the Planeteers. In 1990, Ted Turner, Robert Larkin III and Barbara Pyle created a cartoon series to teach kids about Environmentalism and Recycling in a superhero setting. Thanks to Ted Turner, we got a nostalgic cartoon featuring famous actors such as Meg Ryan, Whoopi Goldberg, Jeff Goldblum, Martin Sheen, etc. Here is the plot of the show.

Plot
Gaia, the spirit of the earth is awakened from her slumber (aka the Odin sleep) only to be shocked by the increase in pollution in the world. In order to reduce pollution and stop the people who are responsible for it, Gaia creates five magical rings that can grant the wielder the power of the 4 elements plus a “made up” power. Five youths from across the globe were chosen to use the rings and they were known as the “Planeteers”. In every episode, the Planeteers were tasked to clean up pollution, defend the Earth from the eco-villains with their rings while educating others about how to keep the planet clean and safe. Whenever there’s a problem that can’t be solved with their rings, the Planeteers combine their powers to summon the superhero Captain Planet. After Captain Planet saves the day, he disappears into the five rings restoring the Planeteers’ powers and the episode ends with a “Planeteers Alert” which is basically a 30 second PSA.

Characters
Gaia was voiced by Whoopi Goldberg for the first three seasons, but was voiced by Margot Kidder. Gaia is the spirit of earth with an appearance of a beautiful African American woman. She is the mentor to the Planeteers and she lives on Hope Island. Given how she’s the spirit of the earth and she’s omnipresent, why couldn’t she just deal with the Eco-Villains herself? Oh right, this is a cartoon where were supposed to relate to the kids. Speaking of which…

Here’s Kwame, the leader of the Planeteers who has the power to control the Earth. He is voiced by LeVar Burton aka La Forge from Star Trek. I like Kwame but he does sound like a clichéd African male, but he is from Africa. Kwame is always the one shout out “Let our powers combine” whenever the Planeteers summon Captain Planet.

Linka from Eastern Europe has the power of wind. She is voiced by Kath Soucie and she has a Russian accent. Which makes me wonder, why they couldn’t just say that she is from Russia in the opening instead of Eastern Europe?

Gi from Thailand has the power of water and she’s voiced Janice Kawaye. Her compassion for sea life and experience in marine biology makes her an excellent choice to use the water ring.

Ma-Ti is the fifth and youngest Planeteer from Brazil who is voiced by Scott Menville. He has a pet monkey named Suchi and was given the last ring which is the power of heart. Now since this show is using the 4 elements ala Avatar, What kind of power is heart anyway? Well Ma-Ti’s power ring can allow him to read minds, communicate with animals telepathically and can instill caring and passion to anyone. Even though Ma-Ti’s ring doesn’t look powerful compared to others, he is not the weakest of the team. That would be…

Wheeler voiced by Joey Dedio. Wheeler was given the ring to control fire and he is the token “wiseass” of the group. He maybe the least knowledgeable about planet preservation, but he has the most street-smarts of the group. He has a crush on Linka and he tries to flirt with her, but he always gets shot down. Because of his impulsive and hot-headed attitude, he comes off as an obnoxious character. I think he’s supposed to be more like Eric from the Dungeons and Dragons cartoon, a character that the audience was supposed to dislike.

And then there’s Captain Planet voiced by David Coburn. The popular superhero that shows up at the third act of every the episode to save the day. Like many superheroes, he has super strength, flight and invulnerability. His appearance is iconic, the green hair, the clear blue skin and he has a red chest with a yellow globe insignia along with his red gloves and boots. However, his weakness is any source of pollution. He was a dry sense of humor and he uses more puns than Mr. Freeze from Batman and Robin. Now that I’ve talked about the heroes let’s talk about the one dimensional villains of the show.

Hoggish Greedly was voiced by Edward Asner and he was the first villain to be introduced in this show. He’s an obese man with a piggish face and he has his own henchman Rigger. If the seven sins were made into actual human beings Hoggish Greedly is the living embodiment of greed.
Verminous Skumm is a part-man, part-rat mutant voiced by Jeff Goldblum in 1990 and was voiced Maurice LaMarche for the remainder of the show. Verminous Skumm is a lot like the rat king from ninja turtles, but he’s cunning and twice as vile. He’s all about spreading crime and chaos.

Dr. Blight is one of the villains our heroes have faced the most and she was voiced by Meg Ryan in 1990 and Mary Kay Bergman in 1991 to1995. Dr. “Babs” Blight is a mad scientist with a half scarred face hidden behind her hair who conducts various unethical scientific experiments that endangers people, animals and the planet. She also has an assistant in the form of an A.I. known as MAL who was voiced by David Rappaport in 1990, but was replaced by Tim Curry who did great job as always. She’s my favorite villain of the show.

Duke Nukem (Not be confused with the video game character of the same name) is a radioactive mutant that looks like a yellow version of Ben Grimm with a red Mohawk that wears a blue Hawaiian shirt. Duke can generate radiation to fire off radioactive blasts from his hands and was one of the villains capable of defeating Captain Planet single-handedly.

Looten Plunder was voiced by James Coburn in the first series, but was replaced by Ed Gilbert during the New Adventures of Captain Planet and the Planeteers. Despite the name, Looten is actually the most realistic villain of the show. He is a wealthy poacher and a crooked businessman who only cares about making profits. Argos Bleak is Looten’s right hand man who always assists his boss in any job.

Sly Sludge (really) was voiced by Martin Sheen in 1990 and Jim Cummings in 1993. Sly is an unscrupulous waste collector and he has his own sidekick named Ooze.

Zarm was voiced by three people Sting, David Warner and Malcolm McDowell. Zarm is the counterpart of Gaia of the show. He was once the spirit of the planet, but he left in search of other worlds. He is all about causing war and destruction. He would often manipulate other people to do his bidding whether it’s the eco-villains or the Planeteers themselves. It’s a shame that he didn’t appear that much on the show.

Thoughts
When I was a kid watching this show, I loved it. And yes I was one of those kids that thought that the ending theme song was the most memorable part of the show. My cousins and I would sing the song whenever it pays, it was that catchy. I personally like cartoons with superheroes and super villains and this was no exception. Now that I’m older, I still like it, but I see it now as a guilty pleasure. The animation isn’t the greatest, but it did improve during the fourth season when it was produced by Hanna-Barbera Cartoons. Because I was young, I didn’t pay too much attention to the heavy-handed messages. I just wanted to see heroes defeating villains in every episode.

The heroes are likable enough, but the “eco-villains” weren’t subtle at all. You could tell that they’re the bad guys given how ridiculous their names were. They have little to no back story as to who they are and why they want to pollute the Earth. As far as the show is concerned, the eco-villains are evil just because. If this show wasn’t busy trying to beat us over the head with how pollution is bad, they could have made some of the eco-villains into sympathetic characters. For example, what if the real reason why Verminous Skumm is the revolting scumbag that he is was because he was hated and shunned by the public for his appearance and was forced to live in the sewers where the rats were his only friends. Or how about making Duke Nukem into a tragic monster. What if he was changed into what he is by a freak accident and he is just pissed that he can’t be human again. Or better yet, why is Dr. Blight such an evil scientist? Was her scar on her face caused by one of her experiments? And why is Sly Sludge named Sly Sludge? Is that his real name or is his real name that embarrassing that he would rather be called Sly Sludge?

Also why couldn’t we get more of Captain Pollution? His surfer-dude voice alone shows that unlike the eco-villains, he has more personality than them and he’s more of a formidable opponent to Captain Planet. To be honest, the episode Mission to Save Earth - Part 2 was what made me a fan of the show and it is still my favorite episode.

This show had also introduced heavy topics such as A.I.D.S., drugs and gang violence. The animation and writing weren’t perfect, there's a lot of plot-holes if you take the time to think about and the intro of the sixth season sucked big time, but it did create fans. And while it’s easy to roll our eyes when someone tries to be preachy about a serious topic; the people who created it, especially Ted Turner had their hearts in the right place. Whether you love or hate Captain Planet, this show had led to the creation of the Captain Planet Foundation which helps schools and other organizations though charities. Funny enough, at the time of writing this review; Leonardo DiCaprio and Paramount Pictures are trying to develop the show into a live action movie which has gone though development hell for years.

The first season is on DVD, but they haven’t released the rest of the seasons. It is worth checking out if you are interested. Also there were some funny parodies of Captain Planet from Robot Chicken and from Funny or Die. So remember the power is yours.
10
Login To Vote!
More Articles From strider613 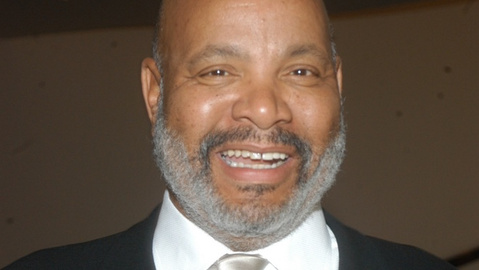