A Talk With Jane Wiedlin

You know her from the Go-Gos, and I have the great pleasure of interviewing her.
By Caps_2-0
On
I started listening to the Go-Gos back in the 90s. I enjoyed the energy and the lyrics that the group has. One of the women who made the group the success that it was is my newest interview subject, Jane Wiedlin. 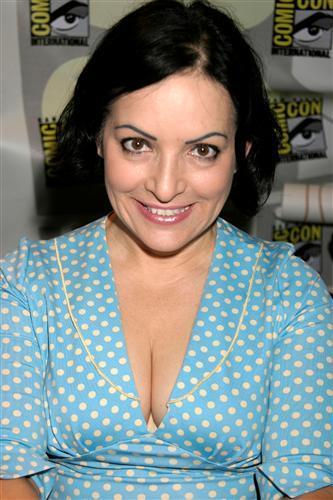 Both with the Go-Gos and solo, Wiedlin's work has had an impact on me. It's cheered me up when I've felt blue and gotten me bouncing around the house without a care in the world.

The RetroJunk Interview With Jane Wiedlin!

Jane: I loved music, especially the pop rock of the 60s. My favorites were The Beatles & The Monkees. My oldest brother thought I was a dope for liking both! I get his point...now. I loved watching Star Trek on TV with my family.

Jane: School was way easier back then and I breezed through it. Homework took maybe ten minutes, then all the kids would roam the neighborhood looking for adventure. We swam and played all summer long. I remember my childhood as extremely idyllic.

Jane: I always loved singing but I never thought I could actually have my own band until the punk movement started. The DIY spirit allowed me to form the Go-Go's, even though i didn't know what i was doing.

Jane: I mostly waited tables, then while in design college, I started working in the garment industry as a pattern maker, and assistant to a designer. That was around the same time we started the Go-Go's.

Caps: The punk rock scene seemed to be often misunderstood by those outside of it (i.e, the punk rock episode of "Quincy"). What movies or TV shows do you feel have the most accurate depiction of the punk rock
scene?

Jane: None that I've seen!!

Jane: Drunken, chaotic, a blast! We knew everyone in the crowd then.

Caps: What was the inspiration behind the song "Our Lips Are Sealed"?

Jane: I was having a long-distance relationship with Terry Hall of The Specials. He was engaged to another woman, but claimed to be in love with me. Oh, the drama! He sent me those lyrics and I took it from there! 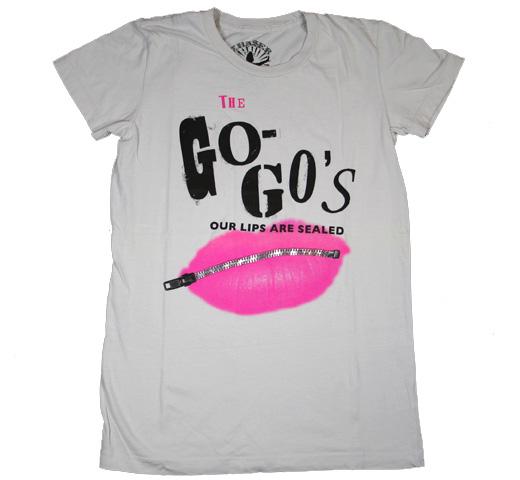 Caps: "Vacation" is a song about a troubled relationship, yet when it's heard in movies and TV shows, it's usually used as a backdrop for scenes of people relaxing. Does that ever bother you?

Jane: I never even think about it anymore! It just seems like a great, summery pop gem to me. 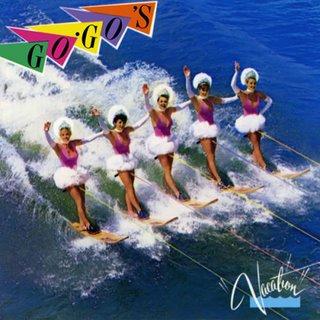 Caps: One of my favorite songs from your solo career was your duet with Sparks on the song "Cool Places". What was it like to work with them?

Jane: I was a huge fan of Sparks and madly in love with Russell Mael when I was in high school. When the Go-Go's got famous, we contacted them and I got the opportunity to work with them. They are such smart, funny, eccentric guys. It was kind of a dream come true! 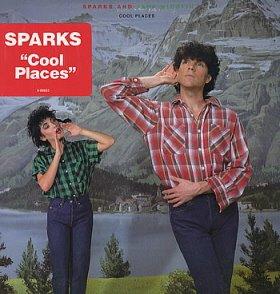 Caps: Something that's gained popularity on the Internet in recent years is the literal video, where classic music videos are made fun of because of the disparity between the images and the lyrics. Do you worry that
somebody might do that to any of your music videos?

Jane: I LOVE literal videos. They totally crack me up.
I think my favorites are "Total Eclipse of The Heart" and "Love Is A Battlefield".

Caps: The song "Inside A Dream" was a song that helped guide me through some rough situations. I've had a lot of problems in my life, and I've really been inspired by lyrics like:
"Only the dreamer can keep the hope alive.
I'll work and pray and sweat and slave until the dream is
realized".

Did you intend the song to be a piece that inspires people to survive bad situations, or was it just a regular song?

Jane: No, I really thought it would be neat to write music that inspired and uplifted people. I vacillate between being a very positive hopeful person and an utterly depressed person, so I appreciate music that makes you feel good! 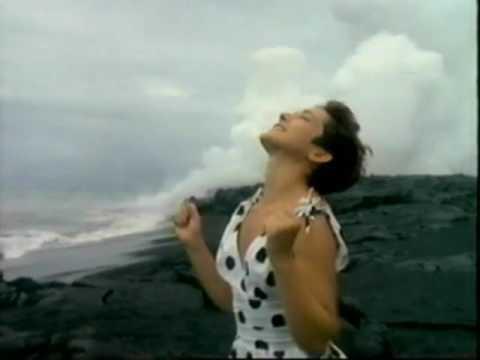 Caps: If I were to look in your CD collection, what 5 titles would I be most surprised to find?

Caps: What 5 artists have you always wanted to work with?

Caps: Do you feel that your recent injury will affect your performing abilities in the future?

Jane: At physical therapy today, they told me I may NEVER recover full use of my leg. That was a very depressing thing to hear. Right now I'd be thrilled just to be able to walk normally, let alone PERFORM!

Caps: As an actress, one of your most notable film roles was playing Joan Of Arc in "Bill And Ted's Excellent Adventure". What was it like to work on that movie?

Jane: That movie was a ton of fun, because all those "historical figures" were played by character actors, who are always so entertaining to hang out with. I never dreamed the movie would be so popular. In fact, it sat on a shelf for several years and almost never came out at all. 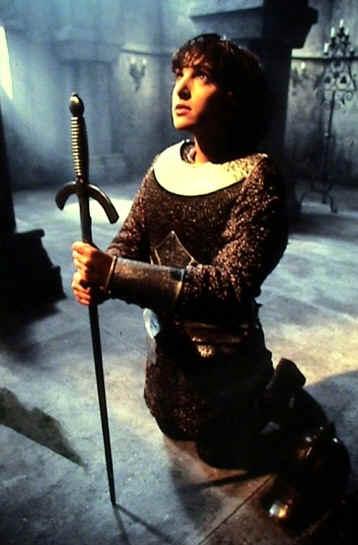 Caps: Several years prior, you had a quick role in "Clue" as the Singing Telegram Girl. I've heard a lot of interesting stories, many of them horrific, about Peter Guber and Jon Peters, the executive producers of
that movie. Did you ever meet them, and if you did, what were they like?

Jane: No, my part in that film was so minor, I never really met anyone, except Tim Curry, who I'd actually already met before. 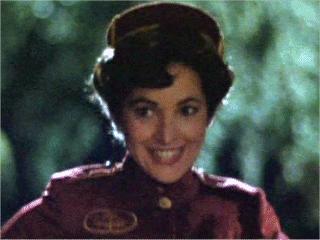 Caps: You're well-known for your love of fetish culture. Many people are creeped out by that scene. What would you say to somebody to get them to understand its' appeal?

Jane: Ha! That's a bit like trying to convince someone who hates the taste of chocolate that chocolate is delicious! To each his own, I say. What goes on between consenting adults is nobody's business but their own! 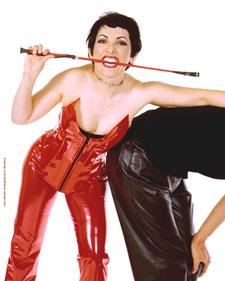 Caps: Something else you've become known for in recent years is being the subject of the comic book "Lady Robotika". What drew you to being involved in the comic scene?

Jane: I'd been attending comic conventions for many years, as a fan of sci-fi, and then later, as a celebrity, for autograph signings. I met my writing partner Bill Morrison at a convention, and we became besties really quickly. Being two creative types, we wanted to collaborate on something. When Bill suggested a comic book with me as the superhero I jumped at the chance! Who wouldn't?! 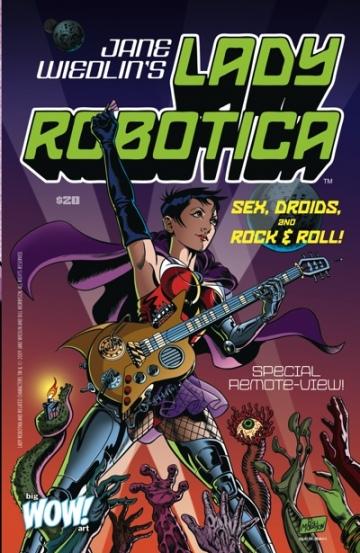 Caps: Considering how busy you are, what would be the perfect day off for you?

Jane: I would definitely be a less-depressed teenager. I thought life was completely pointless when I was in high school, but just a few short years later I was having the adventure of a lifetime in a successful rock band! 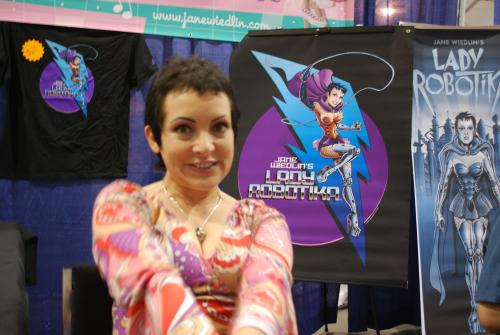 0
Caps_2-0
I Love The 80s 3-D-The Alternate Takes: 1988 Edition
Can you believe that they haven't talked about any of these yet?
An unhandled error has occurred. Reload Dismiss