Data East made some of the stupidest games for the NES, most of which nobody knows about.
By Mister_E
On

Data East. Probably didn't know there was a company by that name that made NES games. They made them, all right, and by the looks of these four, they didn't spend much time on them. I first noticed
the "Data East video games suck" phenomonon when I played Side Pocket for Game Boy. As I played more and more Data East titles, it dawned on me: They're just as bad as LJN! Here are four examples of how not to make an NES game: 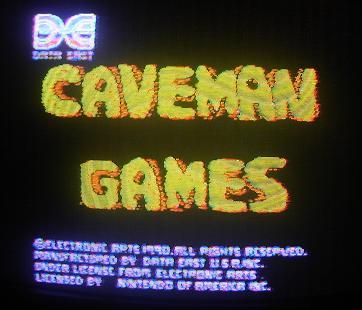 Caveman Games
This looks like a good concept. The Olympics with a caveman theme. But it plays like a piece of dinosaur doo-doo. After pressing every single button every single way, even the right way, I just couldn't win an event. I can't make the dinosaur walk in a dinosaur race, I couldn't throw my wife more than 50 feet, I couldn't even figure out how to fight a guy with a club. Apparently, the people who programmed this were also cavemen, because this is the worst case of abusing a perfectly good computer chip. 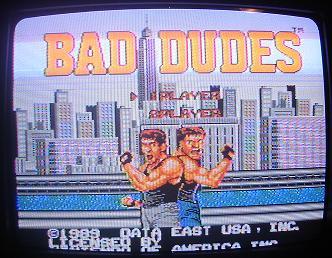 Bad Dudes
Quite possibly the most famous of the Data East titles. "Bad" doesn't even begin to cover this stinker of a game. And it even has ninjas! And what have the ninjas done? They kidnapped the President! But when four of them come on the screen and you can fight only one at a time, that's a sign that this game wasn't thought out very well. Who am I, Superman? No, I'm just some moron with big muscles. Give me Teenage Mutant Ninja Turtles 2, quick! 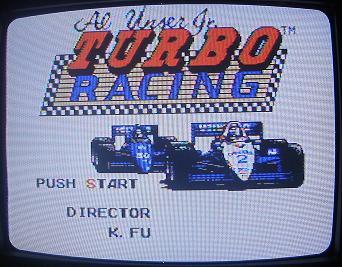 Al Unser Jr.'s Racing
Poor Al. Did he play this game? If so, he might be angered that he agreed to put his name on this thing. How are you supposed to pass 3 cars blocking all 3 lanes? You can't. Too many cars keep whizzing by, you have to go at top speed to even get anywhere, you have horrible control, and you smash into signs which makes you in virtually last place. F1 Race for Game Boy and RoadBlasters for the NES did a much better job with the racing concept. 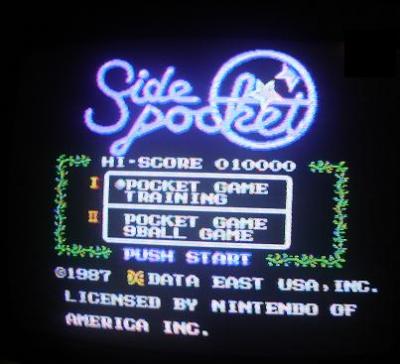 Side Pocket
Where to start? Quite possibly the worst billiards game to grace a console. The NES isn't a very good console to have a pool game on, but Data East tried and failed. When you break even at full speed, the balls move a tiny bit. You can't aim even with a "helping" line because the balls are so tiny, and there's a Game Over in billiards now. Avoid both the NES and Game Boy version and go get Virtual Pool 64 for the Nintendo 64. It's way better than this thing.

These games are so bad, they're good. Good to laugh at. So bad, you expect the silhouettes of Mystery Science Theater 3000 to pop up and make jokes. When I go shopping for used games, I'll keep an eye out for Data East titles and there just might be a sequel to this article. You may not agree with my reviews, but you have to admit, Data East is at best, a sub-par video game making company. Even a caveman knows that.
-2
Login To Vote!
More Articles From Mister_E 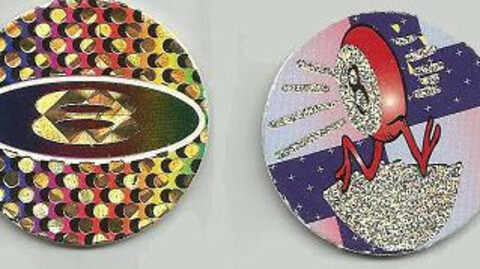 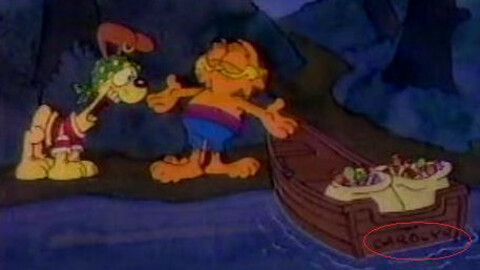