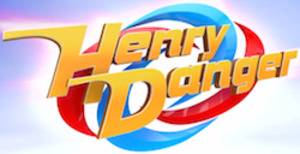 Henry Hart is a 13-year-old boy who lives in the town of Swellview. He lands a part-time job as Kid Danger, a sidekick of Swellview's well-known superhero Captain Man. Captain Man tells Henry not to tell anybody about his job, so he attempts to keep it a secret from his best friends, Charlotte and Jasper, his younger sister, Piper, and his parents. Henry goes to a shop called "Junk 'n' Stuff" which has a secret lair called the Man Cave hidden underneath where Captain Man does his work. Captain Man says he will not be around for long and needs help; soon enough, he will need someone to take his place when he is gone.