Casper Meets Wendy is a direct-to-video film released on September 22, 1998. The film is a sequel to Casper: A Spirited Beginning; both films are prequel spin-offs to the 1995 film Casper and were released by 20th Century Fox after the company's acquisition of the Casper franchise from Universal. Haim Saban, best known for creating the Power Rangers, serves as an executive producer for this movie, and his production company, Saban Entertainment, was also involved. This was the first major film for Hilary Duff, who was nearly eleven years old when this film was released. It was aired on Disney Channel on October 27, 1998, four days before Halloween night. Wendy is a little girl living with her witch aunts in the country. They are there to protect her from the antics of Desmond, the most powerful warlock in the nation with a destined wish to kill Wendy, learning she will be the one to overthrow him in the future. When Wendy finds out, she teams up with Casper to help stop him for good. 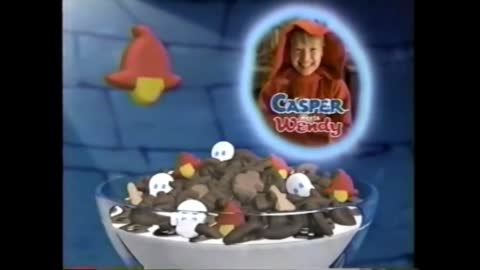 Original Trailer (restored with no watermarks)

This home video trailer was originally posted to YouTube by
Posters