In the spring of 1999, two filmmakers entered the Maryland woods to shoot a mock-documentary called The Blair Witch Project. It quickly became one of the most profitable independent films of all times. A number of other filmmakers soon followed the original filmmakers into the woods, creating a number of short parodies of the surprise hit, such as The Linda Blair Project, The Blair Underwood Project, The Watts Bitch Project, and The Walt Witch Project. A production company purchased the rights to several of these short films, then hired comic actor Pauly Shore to appear in short sequences bridging the short subject 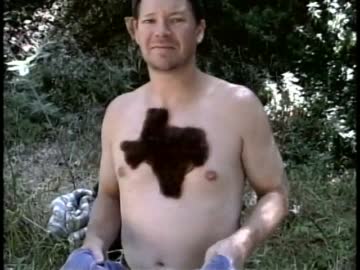 Quotes
Heather: "[Mike just found cigarettes] You fuck! I thought you said we were fucking out! You fucking fuck! I oughta fucking kill you, you fuck!"
Mike: "Man, you cuss like Joe Pesci in "Good Fellas.""
Heather: "Shut the fuck up, you fuck... [close up of Heather's face] I am SO sorry for everything that's happened..."
Mike: "Whatever..."
Added By: Clint_Olson
Are you sure you want to delete this movie?
Locate The Duplicate Entry For The Bogus Witch Project

0
Quote O' Matic
Harold and Rhonda: "Harold: I don't want to go into the Tunnel of Love with you Rhonda! Rhonda: Oh I know you like me Harold! Harold: NO I DON'T! HELP! HELP! -Harold and Rhonda"
Hey Arnold!