Saint Seiya: The Legend of Crimson Youth (Saint Seiya: Shinku no Shōnen Densetsu) is the third movie based on the Manga & later Anime series, Saint Seiya. Due to the success of the first two movies Saint Seiya: The Movie and The Heated Battle of the Gods, this film saw the light as it premiered in Japanese theaters in 1988. And the success continued with the series as a fourth Movie, Warriors of the Final Holy Battle was made.

The inserted song "You Are My Reason To Be" by Hitomi Penny Tôyama and Oren... 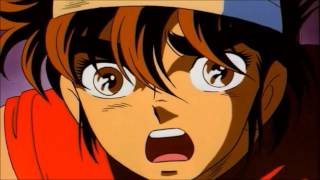 1
Quote O' Matic
Maury: "You are NOT the father! -Maury"
Maury