A rather incoherent post-breakup Sex Pistols "documentary", told from the point of view of Pistols manager Malcolm McLaren, whose (arguable) position is that the Sex Pistols in particular and punk rock in general were an elaborate scam perpetrated by him in order to make "a million pounds." Silly and hard to follow at times, but worth seeing for some excellent Pistols concert footage, some wickedly amusing animated sequences, and Sid Vicious' eerily prophetic performance of "My Way." (And it's also shown in Mr. Mike's Mondo Video.) 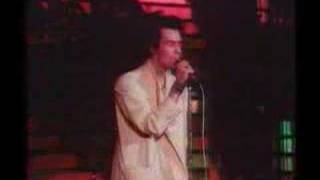