In middle age Europe, a mother gives birth to a baby named Nicholas who begins by saying "Ho ho ho". Her first child, Fredrick becomes annoyed at the new child, more so one Christmas when he decides to give all of his gifts to an orphanage. His years of good deeds made Nicholas a saint, causing him and his immediate family to freeze in time. In the present day, Nicholas, better known as Santa Claus delivers presents worldwide and his brother Fred, is an arrogant Christmas-hating owner of a Chicago repo company. One year, Fred has to ask his brother Nicholas for a favor to try and better his own life and Nick invites him up to the North Pole to help out during the Christmas season. Fred and Nicholas must learn to set aside their sibling rivalry and work together to save Christmas from a business man who finds Nick's toy-making operating unprofitable and wants to liquidate it before the big night. 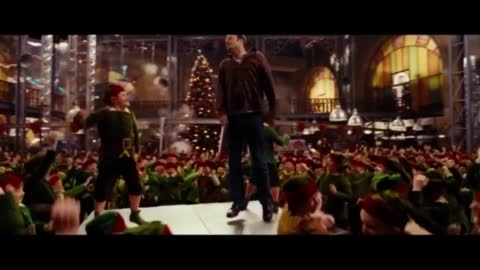 The Man in the Santa Claus Suit Movie Promo on WTAF
An unhandled error has occurred. Reload Dismiss