Joey (Joshua Morrell) is a 9 year-old boy whose father died, so he lives alone with his mother in a small American town. One day, Joey's toys begin to move and fly around... and so does his little red telephone. As he picks up the phone, he hears the voice of his father. Now Joey finds new hope and acquires amazing telekinetic abilities. But soon it's revealed that the voice on the phone isn't really his father, but an evil ventriloquist's dummy. A kind of psychic battle starts between the two and a research group begins to investigate Joey's telekinetic powers. This horror/sci-fi film was written/directed by Roland Emmerich. 2
Quote O' Matic
Rabbit: "Tigger's SO thoughtless with his bouncing! -Rabbit"
Winnie the Pooh and a Day for Eeyore 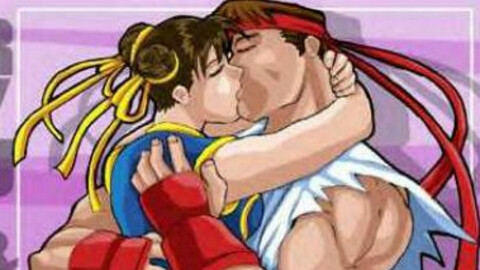 1
Knites
Ryu and Chun-li--Finally?
If you love the idea of these two fighters as a couple, you're going to love this article!
An unhandled error has occurred. Reload Dismiss