Less than two decades before Scary Movie spoofed horror, there was a little slasher movie satire called Student Bodies. It's a big day for the students and teachers of Lamab High School and everything is happening from the big parade to the big football game to the big dance. But the happy events are being overshadowed by a killer who calls himself "The Breather" and his motif is to murder the sexually active members of the senior class. His prime targets are the naughty prom queen candidates and their equally randy romeos and are murdered in the oddest ways (weapons of choice include a paper clip, a horse-head bookend, and even an eggplant while the boys get stuffed in garbage bags). The only person who tries to stop the murders and uncover the truth is the prudish class virgin Toby. But when she is pitted at the center of each crime scene, the suspicions grow and she becomes the prime suspect leaving Toby ostracized by her fellow classmates as well as the principal and the faculty (who, along with Malvert the janitor are also suspects). With the help of her best friend, the equally repressed Hardy, a disguised Toby goes to the big dance to clear her name and uncover the murderer. But can she stop the heavy breather before someone else dies...or before Toby herself becomes a victim herself? 13 ½ Murders + 1423 Laughs = Student Bodies. Let the laugh count (and the body count) begin. Written and directed by Mickey Rose; produced by Allen Smithee (aka Michael Ritchie). Cast of Characters Kristen Riter....Toby Matt Goldsby....Hardy Richard Brando (aka Jerry Belson)....The Breather Joe Flood....Mr. Dumpkin Joe Talarowski....Principal Peters Mimi Weddell....Miss Mumsley Carl Jacobs....Dr. Sigmund Peggy Cooper....Ms. Van Dyke Janice E. O'Malley....Nurse Krud Kevin Mannis....Scott Sara Eckhardt....Patti Bryan Batytis....Wheels Cullen G. Chambers....Charles Ray Joan Browning Jacobs....Mrs. Hummers Angela Bressler....Julie Kay Ogden....Ms. Leclair Douglas Cotner....Mr. Hummers Charles L. Trotter....Announcer Jonathan Walling....Al Keith Singleton....Charlie Dario O. Jones....Mawamba Thomas D. Cannon II....Ralph Oscar James....Football Coach Robyn Flanery....Joan Tammie M. Tignor....Dagmar Anita Taylor....Bertha Jack M. Armstrong....Joe Brenda Maduzia....Punker Dorothy Rich....Mrs. Peters Anne Bell....Teacher Kathryn Reve Doster....Sue Lauren Ritchie....Student Janice Elaine Berridge....Student The Stick....Malvert the Janitor Zeno....Meowing Dog Casine....Dog Chauffeur

This trailer came from a 1986 Paramount promotional cassette.

This trailer was originally posted to YouTube by blackxmas999.
Posters Are you sure you want to delete this movie?
Locate The Duplicate Entry For Student Bodies

2
Quote O' Matic
Puff: "Could you tell me if you just saw a dragon pass by? -Puff"
Puff the Magic Dragon

12
Mister_Gone
Pixelated Love (The Bad Kind)
These video game ladies are too hot for TV. 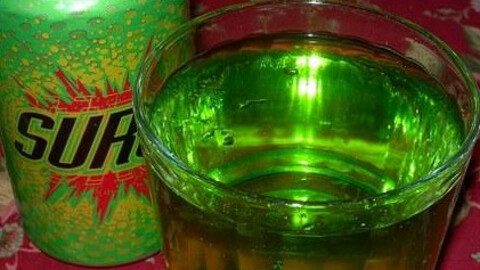 9
Dzenan
Old Vs New
Heroes of yesterday vs the heroes of today!