Glenn Close goes to the dogs once again in this sequel to 101 Dalmatians, Disney's 1996 live-action adaptation of their beloved animated classic. After three years in prison, Cruella De Vil (Close) is judged to have paid her debt to society and is set free, as she pledges to have nothing to do with animal fur (especially dogs) ever again. Meanwhile, Kevin (Ioan Gruffudd) operates an animal shelter that has fallen on hard times; unless he's able to find new financial support, the lost dogs he's been caring for will have nowhere to go. Kevin and his girlfriend Chloe (Alice Evans), who happens to be Cruella's parole officer, get the idea of bringing their plight to the people through the press, but media reports of the shelter's problems attract an unlikely benefactor Ã¯Â¿Â½ Cruella. While Ms. De Vil claims the purest of intentions, it seems the shelter is housing a large number of dalmatians, and in cahoots with mad fashion designer Monsieur Le Pelt (GÃ¯Â¿Â½rard Depardieu), she plans to turn the puppies into haute couture. 102 Dalmatians was the first live-action feature for director Kevin Lima, who previously helmed two animated features for Disney, A Goofy Movie and Tarzan. 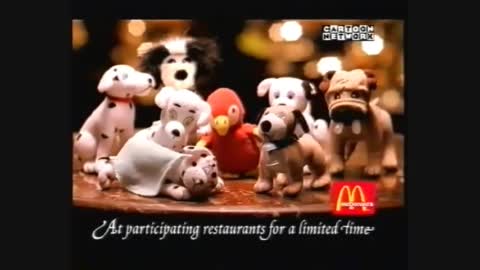 Quotes
oddball domino little dipper: "it Will be in Disney vr"
Added By: chris503
Cruella, Alonzo and Le Pelt: "Spots."
Are you sure you want to delete this movie?
Locate The Duplicate Entry For 102 Dalmatians

6
Quote O' Matic
Forrest Gump: "Even tho Lieutenaunt Dan never said so, I think he made his peace with God."
Forrest Gump 19
TreyVore
1990s Diamond: The Critic
My thoughts on the brilliant-yet-oft-overlooked classic animated series, "The Critic".
An unhandled error has occurred. Reload Dismiss