Friday the 13th is a 2009 American slasher film directed by Marcus Nispel and written by Damian Shannon and Mark Swift. It is a reboot of the Friday the 13th film series,[4][5] which began in 1980, and the twelfth Friday the 13th film in total. Nispel also directed the 2003 remake of Tobe Hooper's The Texas Chain Saw Massacre (1974), while Shannon and Swift wrote the screenplay for the 2003 crossover Freddy vs. Jason. Friday the 13th follows Clay Miller (Jared Padalecki) as he searches for his missing sister, Whitney (Amanda Righetti), who while camping in the woods at Crystal Lake is taken by Jason Voorhees (Derek Mears). The concept for the 2009 film originally started as an origin story, but the film evolved into a reimagining of the first four Friday the 13th films. Along with bringing the film back to its tonal roots, Jason was designed as a leaner and faster killer, with a backstory that could provide a little sympathy for the character, but not enough that he would lose his menace. Although this film reboots the continuity, Jason's iconic hockey mask,[6] which was not introduced until the third film in the series, is acquired through the progression of the film. In keeping with the tone of the film, Jason's mask was also brought back to its roots, created from a mold of the original mask used for Part III; though there were subtle changes. Friday the 13th incorporated some of Harry Manfredini's music score from the original Friday the 13th film series, as the producers recognized its iconic status. 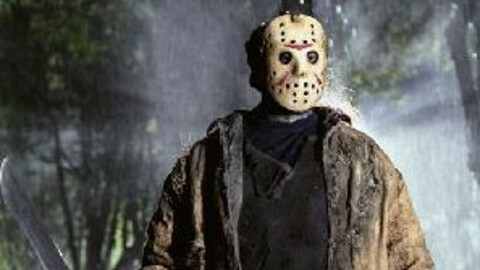 11
CaptainLou
My Favorite Non-Zelda or Mario NES Music
My Favorites from the 8-Bit NES Era
An unhandled error has occurred. Reload Dismiss