Which of the 9 Jasons is your fav?
By Cazz
On
I just got done posting a review for the new Friday The 13th Film on Amazon and I figured, what the hell. I want some opinions from some other fanatics on what they're favorite Jason is.

Let me start off by saying my favorite has always been Kane Hodder. I'm 26 years old, my first Friday movie was "The New Blood" when I was a kid, scared the hell out of me. But now, Part 7: The New Blood is simply the best horror movie for me. The make-up job on that Jason was incredible. I even named my band "A New Blood" because of it. I named it "A New Blood" instead of "The New Blood" because that day when we were trying to come up with band names, I threw that on the table cause for some reason I was thinking the movie was called "A New Blood". I could've sworn I saw it written somewhere in the past, was probably thinking of "A New Beginning". Oh well. Anyways, Kane Hodder is the best in my opinion. I don't know, maybe it was just the make-up, maybe if C.J. Graham was wearing that suit in "The New Blood", I would like him just the same. But Kane DID seem to be a more aggressive and pissed Jason. 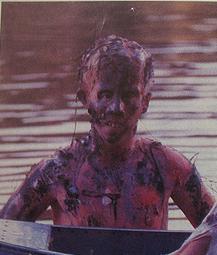 I'm not sure why its necessary to add him. As far as I can tell he was just a dream figure conjured up by Alice. In my opinion, when Alice killed Mrs. Voorhees, Jason was already fully grown since Part 2 had a fully grown Jason killing Alice and looks like in the story, 1 and 2 were only a year apart. I don't know, who cares. Moving on. 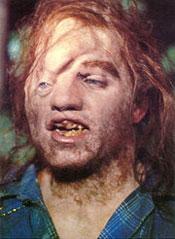 You gotta admit, that was a pretty kick ass make-up job. I just watched "His Name Was Jason: 30 Years of Friday the 13th", and Steve Daskawisz sais, all these years since that movie was made, Warrington was goin to all the conventions saying he was Jason the whole time in that movie, when in fact Steve was playing Jason the whole time when his "potato sack mask" was on, and Warrington was only in the movie for about 5-10 seconds. That seems pretty dirty. 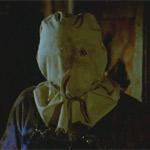 Did all the gritty work for the film.

This version of Jason is definitely one of my favorites. Hideous as hell and seems like this is about the time he starts to get his super human strength, i.e. skull crushing/eye popping scene.

Another favorite of mine for the same reasons as Part 3.

This one doesn't even count since its not even Jason, but I'm putting it on here anyways in case there someone out there who cares.
Part 6: Jason Lives
C.J. Graham

Already explained at the top, my opinion? The Baddest of the Bad!! Full on Zombie Mode, Unbelievable Super Strength. 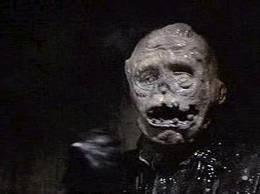 Jason is still just as a bad ass in this one as he was in Part 7, but I just didn't care for the way he looked. In Part 7 they had his shirt all ripped up to where you could see his rib cage and some of his mask was broken up to where you could see where his teeth from his face being partially ripped off. I don't know, still menacing but the whole "Mommy, don't let me drown" thing was a bit much for me. Seeing Jason literally knocking a guys block off is definitely kick ass!!

Kind of like Part 5, this one just doesn't really count for me. Jason is in this one, what?, 10 minutes? I didn't care for the new look. I understand what Adam Marcus was trying to do, 9 movies in, he thought we would want something a little different, maybe even more eerie, but if we can't SEE Jason in the movie, what the hell?? Gore and special effects was great though, bloody disgusting actually. 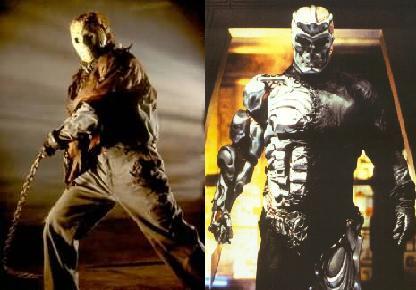 Now come on people!! WTF!!?? Still menacing and brutal, but this just looks terrible to me. Not my Jason at ALL!! 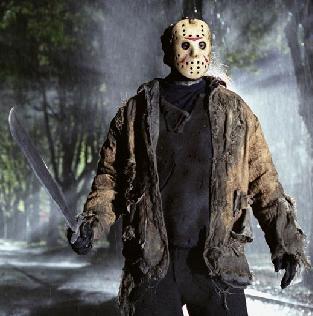 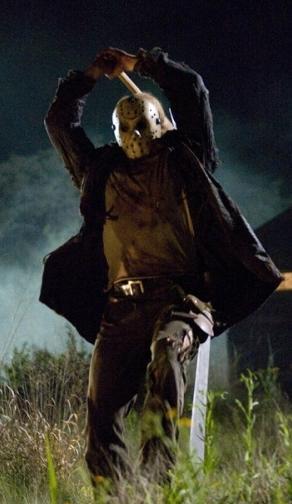 BRAVO!! BRAVO!! Derek, you definitely showed some balls. Reminiscent of Parts 3 & 4. Not zombie Jason and not Kane Hodder, the way I like it, but still brutal as hell. Can't wait for the sequel.

So there ya have it, come on everyone, lets hear it, which is your favorite? Where are all you fanatics at?
4
Login To Vote!