Narrated by Jude Law as the voice of the children's author Lemony Snicket. Three wealthy children, the Bauldaire children, have just learned that their parents have been killed in a fire which destroys their mansion. The children get adopted by an evil character named Count Olaf (Jim Carrey), who is determined to take the kids in just to kill them and inherit their fortune. When he finds out that the kids have learned of his intentions, he stops treating them nicely and decides to lock them up before killing them. The children keep breaking out of the count's evil rule and moving into different foster homes but it seems the Count is ahead of them at every step. Brad Silberling ('Casper'; 'Moonlight Mile') directs from the screenplay by Robert Gordon ('Men in Black II'; 'Galaxy Quest'); Based on the first three installments "The Bad Beginning", "The Reptile Room" and "The Wide Window" by Lemony Snicket. Produced by Laure McDonald & Walter F. Parkes and Jim Van Wyck; Executive Produced by Scott Rudin, Barry Sonnenfeld, Julia Pistor and Albie Hecht. Paramount Pictures and DreamWorks Pictures present, a Parkes/MacDonald production; a Nickelodeon Movies production 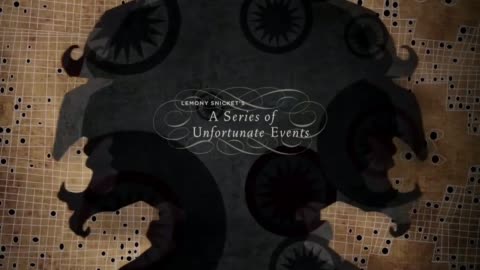 Are you sure you want to delete this movie?
Locate The Duplicate Entry For Lemony Snicket's A Series of Unfortunate Events

0
Quote O' Matic
Toymaker: "I'm coming back. To settle the score. For imprisoning me! For using me!"
Added By: rgman1995swell
Spy Kids 3: Game Over 8
933planetx
Nickelodeon History Pt.2
A brief timline of the rise and fall of Nickelodeon
An unhandled error has occurred. Reload Dismiss