Mighty Orbots has finally been released on DVD after 35 Years!
By Knites
On
Waaaaay back in 1984 when I was nine years old, I curled up on my sofa with my blanket and TV remote control, ready to watch a new season of Saturday morning cartoons. It was then I first saw Mighty Orbots. 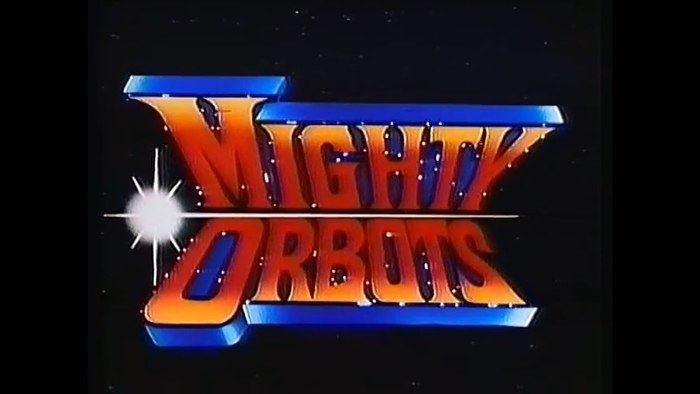 Produced by Intermedia Entertainment in association with Tokyo Movie Shinsha for both Western and Japanese audiences, Mighty Orbots was a rare venture in the world of animation; it was a joint project between American and Japanese artists, and had a hybrid anime/cartoon style. Although the show was squarely targeted at a young audience, the quality of writing, voice acting and animation was formidable and some say superior to anything produced in North America up until then. Its animation still holds up against and even surpasses many animated shows today.

This pilot has a rough unfinished feel. And while it can now be found on the internet, it never actually aired. However, the pilot was good enough to get the show a green light for thirteen episodes. And finally on September 8th, 1984, on the American Broadcasting Network, Mighty Orbots flew across TV screens for the very first time.

The arch enemy of the Galactic Patrol and Mighty Orbots is Shadow, a sinister organization led by the cyborg Umbra and bent on galactic domination. The exact nature of Shadow’s criminal organization is unclear, but they do have vast resources, as well as spies and agents placed nearly everywhere. Hampered in their attempts to take over the galaxy by the forces of the United Planets, Shadow must resort to terrorism and covert operations. 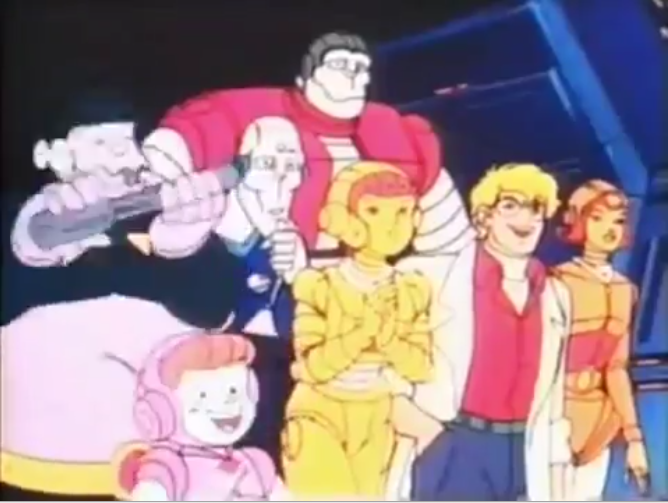 Mighty Orbots’ episodes are “villain of the week” stories written by a staff of prolific 80‘s cartoon writers. Douglas Booth, Buzz Dixon, Kimme Ringwald, David Wise, Donald F. Glut , Marc Scott Zicree, and Michael Reaves all wrote episodes for the series. Michael Reaves was also the story editor for the series’ entire 13-episode run. These episodes, while full of the flaws that were common in the plots of many 80‘s cartoons, are a lot of fun. One particular set of writing highlights in the show are the Orbots’ individual combat and teamwork sequences. Often the Orbots’ villains or problems were broken up into five parts so each Orbot could deal with one of those parts in their own unique way. But sometimes a skilled writer would come up with a sequence where all five orbots contributed to an attack on a single villain, and these moments of complete teamwork were great to watch. If you’d like more specific information on Mighty Orbots episodes and characters, I highly recommend you visit Arioch’s Mighty Orbots Page, or best of all, order the 2018 remastered DVD release from Amazon and watch the whole series. Don't let the crappy cover art fool you. Mighty Orbots is a great piece of North American animation history! 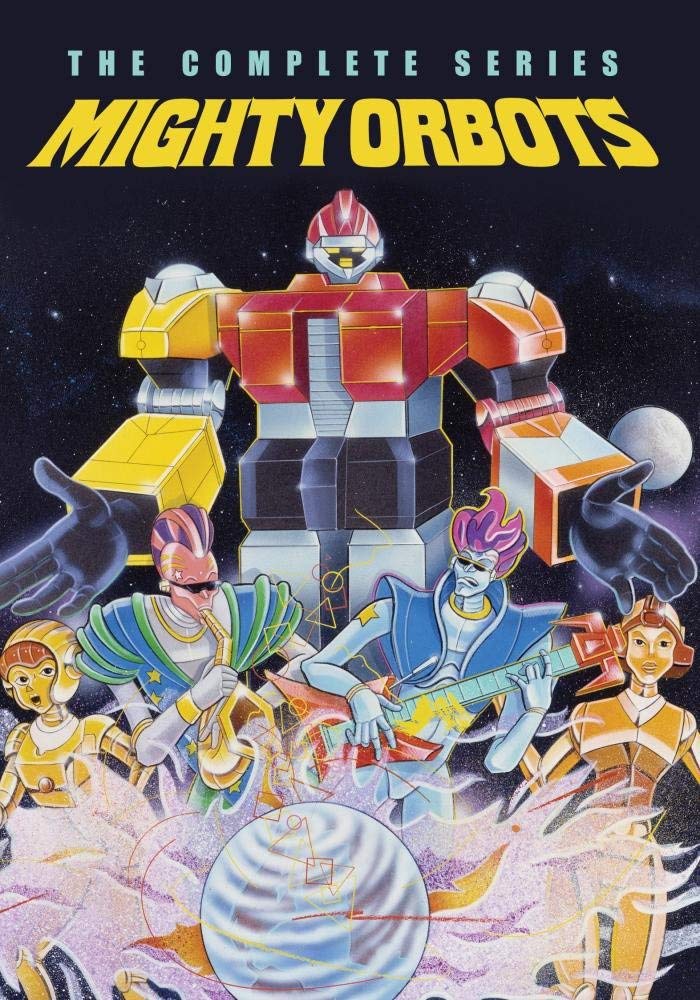 I’ve been doing the latter, and revisiting these cleaned-up episodes has been a real treat. I’m still amazed by the incredibly fluid movements of multiple objects in the show’s animation. Most cartoons in the 80’s maxed out at two or three objects moving in the background and two or three layers of artwork. But Mighty Orbots, produced by Tokyo Movie Shinsha who these days is better know for their work on episodes of Batman: The Animated Series, and Cybersix, sometimes went as high as sixteen moving objects with up to eight layers of artwork making up its backgrounds.

In the 9th episode “Leviathan”, the Orbots travel through the blood vessels of a giant whale while avoiding its heart valves an antibodies in order to deactivate a cybernetic implant that is being used to control the beast. This impressive animation becomes jaw-dropping when you remember it was produced over three decades ago.

To this day, I am still a huge fan of Mighty Orbots’ transformation sequences. The animation for these sequences, four in total over the course of the series, was stellar.
Of course no Mighty Orbots article would be complete without examining the reason for the series’ cancellation.

Look and sound familiar? What you just saw was the introduction to Nippon TV’s 1981 series “Six God Combination Godmars” also produced by Tokyo Movie Sinsha. In the 1980‘s the merchandizing rights for Godmars were owned by the Japanese toy company Bandai as part of their Machine Robo line of toys. In 1984, the North American toy company Tonka was a licensee of the Machine Robo toy line from Bandai. Seeing that Mighty Orbots was a palate swap of Godmars, Tonka launched what was likely a pre-emptive lawsuit to get Mighty Orbots taken off the air to make way for their use of the Godmars license. MGM studios cancelled the show without a fight and Tonka never ever used the Godmars license. So, in the end, all viewers got from Tonka filing the lawsut was the end of what was for North America a groundbreaking series. 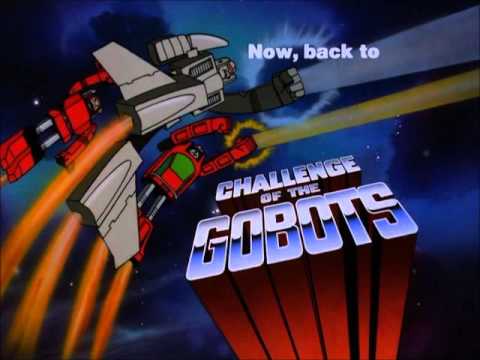 Now while many Mighty Orbots fans are quick to point of the hypocrisy of Tonka suing anyone over copyright since Tonka’s Gobots are a clear knock off of the Transformers right down to the Gobot’s home planet Gobotron, at least the Gobots characters are based on toys owned by Tonka. And while the individual Orbots themselves are original character art, the team’s gestalt form is not. This self-plagiarism of Godmars for Mighty Orbots by Tokyo Movie Sinsha was likely a move to cut costs and it backfired. 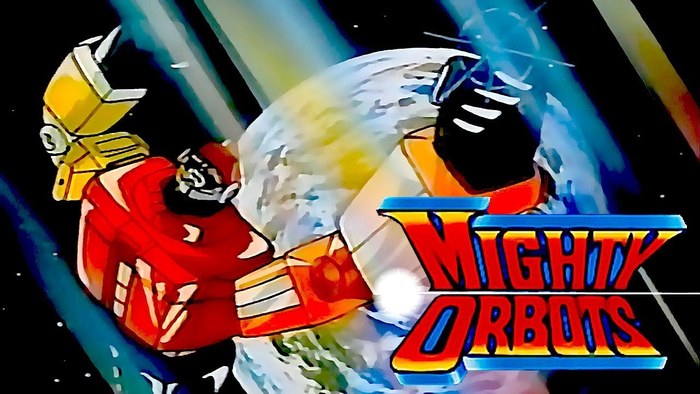 Mighty Orbots. Definitely a show ahead of its time. It’s been 35 years, and I find myself wanting just one more episode. If only there was something to be done.

Well there is, and I did. It’s not another episode, but...

Long story short, I enjoyed Jung’s fan fiction so much, I hired an artist and produced a non-profit fan comic based on the story. I changed a few things but mostly stayed true to the story. I also credited Robert Jung in the fan comic’s cover credits and foreword. I tried several times to contact him while the book was being produced but had no luck. If anyone knows him, please let him know about my work. 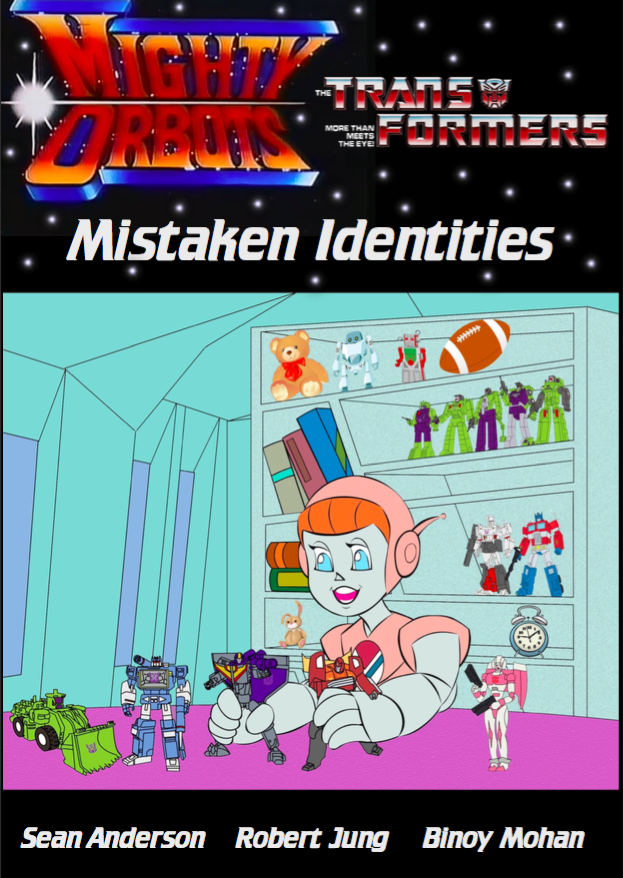 This fan comic is as good as my budget would allow. It’s definitely not going to be winning any awards. But I figure it just might mean something to the Mighty Orbots fans still out there wishing for just one more episode. Readers of this article can access the fan comic at the web address below. Be patient. It takes time to load.

3
Quote O' Matic
Akeem: "(To McDowell) Sir, I was wondering, did you happen to catch the professional football contest on television last night?"
McDowell: "No, I didn't."
Coming to America