Music players in the pre-iPod era

Article about media players (like Walkman) before the iPod
By McTom
On
Do you remember the time you listen to music on the go before you had an iPod? Of course you remember! In this article I will look at some of the portable devices we used in the 80s/90s to listen music while on the road.

* WALKMAN *
In 1979 Sony released the first portable cassette audio player, the Sony Walkman TPS-L2. Different variations of the Walkman became populair worldwide, and rightly so. The first retail price of the TPS-L2 was pretty high ($ 200), but due to fierce competition it soon became possible to buy a very affordable Walkman. The great thing about compact cassettes was that you could easily record music on them. You just had to wait until the radio played your favorite song and you could tape it! :) I also liked how the compact cassette had two sides and you had to get it out to flip it. It sort of felt... technical (not that it was difficult in anyway whats however). Besides, most cars had a compact cassette player too, so you could have your parents listen to your music on holidays :).

On the other hand, not so great about compact cassettes is skipping or forwarding tracks. You had to press and hold the forward or reverse button. Then you would hear the reassuring sound of the forwarding or reversing cassette - and you just guessed when the track would be over by pressing play. Not the next track yet? Just one more time... this way it made you actually listen to whole albums, instead of the number skipping we do nowadays on our iPods. You could listen for quite a while on various types of Walkmans - most run on 2 or 4 AA batteries. On long holidays you just had to take a pair of extra batteries or try to get rechargable batteries (but I do not remember the latter being much around in the 80s. I guess people were less focused on environment issues. Or maybe as a kid I just didn't notice them).

* DISCMAN *
Music CD players and CD-ROM players of all kind are so much around now, it's hard to believe the CD (Compact Disc) was just invented in 1982, by Sony and Philips together. It's one of the most succesfull storage media ever and even now, 30 years after the initial release, it is still very popular! The first portable CD player, the Sony Discman D-50 (or D-5) was released in 1984. It cost around $ 350 and was HUGE in comparison to later models (it actually just was a 'portable' version of a home CD player). However, just as with the Walkman, very soon many competing (and smaller) models were released, making compact disc players affordable for most people. Discmans helped to popularize the CD format. In my opinion CD's where a huge leap forward in comparison to compact cassettes. Skipping tracks was much easier and the audio quality improved tremendously. Only recording your own music became harder - and you had always to take a bunch of CD's with you to listen to as well. Like Walkmans, most discmans made use of AA batteries.

* MINIDISC & POWERCD *
In 1992 Sony released the Sony MiniDisc, a system with (recordable) 'mini-discs' that could contain around 80 minutes of audio. I never understood the appeal of it and apparently a lot of people didn't, because the system was mainly popular in Japan. In theory the technology behind MiniDisc should give quicker access to data, but in practice the technology was so sensitive and unwieldy it often was a pain to use. I especially remember the sensitivity of the MiniDisc. My brother had a MiniDisc Player and when he tried to record music on a MiniDisc I would annoy him by slamming on his desk - causing a disruption in the recording and in the actual music on the MiniDisc.

Sony MiniDisc (1992)
In 1993 Apple released the Apple PowerCD, a device I never owned (and I do not know anybody that did), but that I despairingly wanted to have. Looking back now, I'm not so sure why. I think I was just intrigued by its design that's quite appealing in a mysterious way... (Nowadays it seems to me as a tosti toaster). The PowerCD was actually a Philips product with an Apple logo on it. It could be used in two ways: as a CD-ROM drive for the Apple PowerBook or as a standalone portable CD player. However, the device failed miserably due to the chunky design and high pricing ($ 499). Apple discontinued the product after a couple of years. There aren't many around, so the Apple PowerCD is still rare.

Later in 1998 the American company Diamond Multimedia released the Rio PMP300 media player that was much more successful. It cost $ 200 and run on a single AA battery, that provided a playback time between 8 and 12 hours. The PMP300 still had little storage memory (32MB), but that could be extended with a SmartMedia Flash card from Toshiba. The casing of the PMP300 was pretty fragile. By most people the battery cover would come off and cracks would form around the memory card slot. Sometimes even the control disc on the front would fall off!

The biggest problem with the first mp3 player was how to get music on it. You could convert your own CD music into mp3 files, usually a laborious task. There weren't many ways to legally download mp3 audio files, so most people filled their players with illegal files from popular sites such as Napster and KaZaA.

* APPLE iPOD 1G *
In 2001 Apple released the first iPod model (the first models were released in collaboration with HP, so there's also a HP iPod). In comparison to present iPods it has little storage memory (5GB), but that was still a lot more memory than players as the MPman F10 and Rio PMP300 had. Due to the ridiculous high pricing ($ 630) many critics didn't except the iPod to be a success. How wrong they were! I think the biggest selling point initially was the excellent intuitive click-wheel control, that made the player much more accessible and user friendly than other mp3 players of the time.

Strangely, the click-wheel has disappeared from most current iPod models (with the expection of the iPod classic). Over time, another selling point for the iPod became iTunes - a place where you could easily download legal music files. However, even until today many iPod models lack basic futures (such as FM radio) and all of them lack expandable memory. And over the years iTunes became less user friendly, bothering you with updates and synchronising pains all along. At that times, you sometimes long back at the simplicity of the walkman and discman players... 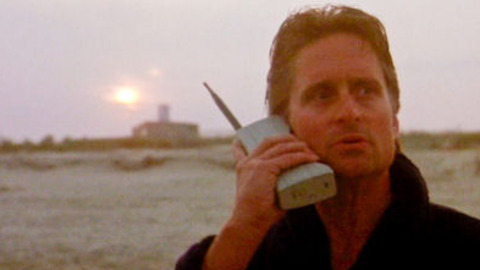 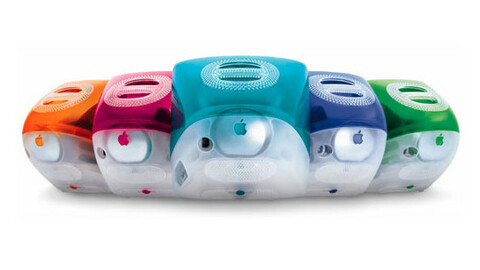