Memories of iconic Apple computer
By McTom
On
In 1998 Apple released an iconic computer with the Apple iMac G3. This release is now seen as one of the most important comeback factors for Apple after a period of weak financial results in the early 90s. I was lucky enough to own back in the day, and here are some memories I have of it.

Design
Of course, the most iconic aspect of the iMac G3 is the design of translucent and colored plastic. I also like computers that include the computer and display in one design, so you don't have the need to buy a separate display. The plastic design came in different colors - I had the most common Bondi Blue edition. The iMac G3 is a lot bigger and a lot heavier (17,2 kilogram!) than you might guess from pictures of it. I remember one time I had to let it repair in a shop, and it was quite hard to transport without sweating... 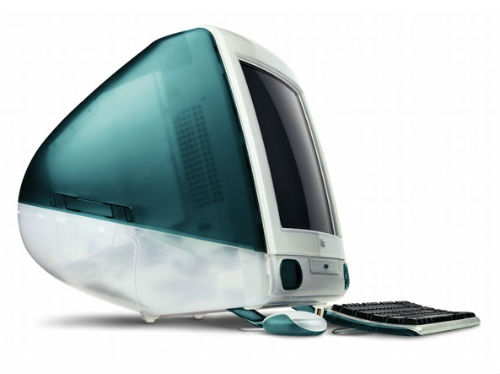 No floppy drive
With the release of the iMac G3 Apple decided floppy discs were obsolete, so they left out a floppy drive. Instead they focused on the CD-ROM technology, with an eyecatching front-loading CD-drive (that sometimes could get stuck, after which you had to monkey about with a stretched-out paperclip in an attempt to open it again). So while Apple declared floppy discs obsolete, in practice a lot of people were still using floppy discs in 1998. My Windows-PC friend made fun of the iMac for not having a floppy drive. Because many people were still using floppy's I also needed one and I guess a lot of other users felt the same way, because a third-party manufacturer released a separate floppy drive station for the iMac G3 (with the same nice translucent plastic design). I remember I still used it a lot...

Mouse
Another point that the iMac G3 got a lot of criticism for was the included mouse, that was soon unofficially labeled as the 'hockey puck' mouse. I had never any problems with it, but users with large hands found it too small. Since it only has one button, it was also very low on functionality, which sometimes was a problem by controlling more complicated games. 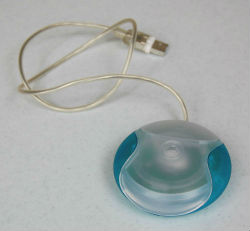 Paperclip restart
At the side of the iMac G3 you could remove a large piece of plastic, under which you'd find a microphone port, a speaker port, 2 USB ports, an Ethernet port and a telephone jack. Between the last two ports there were very (very) small holes for the 'Reset Switch' and the 'Programmer's Switch'. I don't know were the latter was used for, but the Reset Switch hole was used a lot. When the iMac crashed or freezed usually all you could do was get off the plastic and put a stretched-out paperclip (once again!) in the Reset hole. Then the iMac would reset. I very often wished the machine had a separate reset button, because I found it quite laborious (the computer crashed a lot when trying to run old Mac games that weren't optimised for the new operating system) and also my Windows-PC's friends made fun of it... 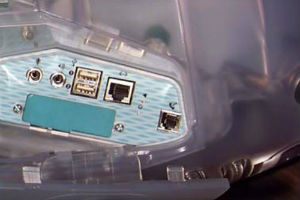 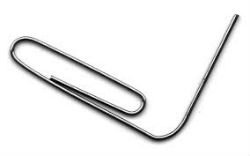 Video games!
I believe most original iMac G3 models came with a demo of the dinosaur game Nanosaur, developed by Pangea Software. This game was alright, but I never found it too interesting and a litte too childish. Pangea Software also released Otto-Matic, a robot action-adventure game, that came bundled with later iMac G3 models. Another Pangea game that was popular among iMac G3 gamers was Bugdom, in which you take the roll of a beetle and you have to find and fight your way through different levels. All these three Pangea Software games seem to run on the same 3D graphic engine, since they look very much alike. 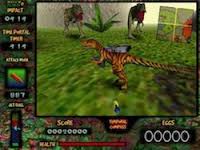 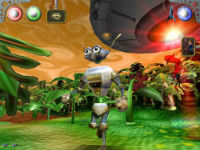 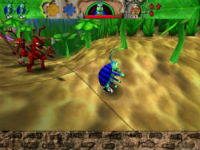 Another game that may have came bundled with my iMac G3 (but I am not sure of that anymore) was the excellent action-shooter MDK. This game by Shiny Entertainment looked great and still ran fast and offered fun missions and action. Games that I bought separately at the time to play on my iMac were Carmageddon (the infamous violent combat racegame in which you had to run over people for points - the game ran fluently on the iMac G3, but I never had the skill to complete it) and Riven, the sequel to Myst that came on five CD-ROM's. I believe this game gave me some problems with the CD-ROM drive of the iMac, because the game needs to 'auto-switch' between CD-ROM's at some point. The CD-ROM then automatically has to eject from the computer, and that didn't always happen, meaning you were stuck (the trick with the paperclip could get out the CD-ROM but the game wouldn't register it that way).

But the game I have played most on my iMac G3 (I was addicted to it) was... StarCraft! Blizzard released the Mac OS version in 1999 and I spent many, many hours on it... So maybe it isn't what you expected at first hand, but for me StarCraft is one of the games that defined the iMac G3 for me! 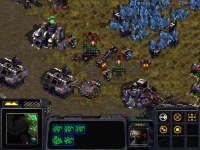 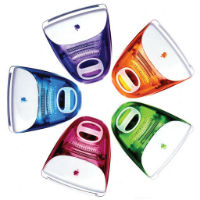 If you have any similar (or totally different!) memories of the iMac G3, please let me know!
12
Login To Vote!
More Articles From McTom