McGee and Me "The Big Lie"

Will the lie Nicholas tells condemn him to the depths of hell?
By Tredds
On 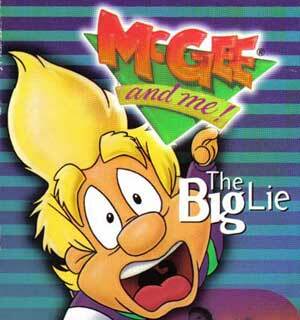 If you were like me you were forced to sit through Sunday school or some other church based function. And if you were like me there is also a very high likelihood that you were forced to watch one of the various McGee And Me episodes that were pumped out by focus on the family. These shows/cartoons always had a positive message and really drove home the fact that you were probably going to hell. Still watching these shows was a hell of a lot better than sitting and listening to some guy explain the many reasons why God hates me, which is what we got when not doing "fun" things like watching videos.

This tale begins with your basic Midwestern family with an artist son who just happens to draw cartoons that come to life (typical). I believe this to be the first episode of this Christian series, so the stage must be set. The white Christian family moves in to grandma's house and must learn to adjust to living in a new town with new problems. We also have his pain of an older sister who tends to always take the opposite side of whom ever speaks. The over the top perfect parents, and of course they would never leave out the wise-cracking daughter (think Michelle from full house). Nicholas, the delusional "Me" in McGee and Me, serves as the narrator. Who nobody ever seems to question when he talks to his freind who is invisible to everyone else. 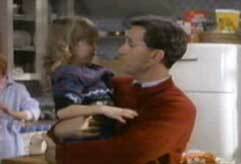 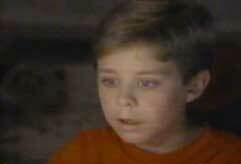 The first day of school is the first challenge; making a good first impression is what it is all about, or so says McGee, whose tendency is not always give the best advice. 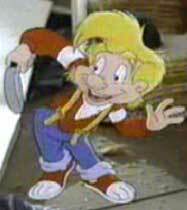 The first day was a huge flop. First, he dropped his lunch all over the floor in front of a couple of cute (no doubt Christian) girls. Got accused of cutting class three seconds after the bell rings, and finally got stuck with some spray-paint cans after some hooligans got done with some graffiti. So, no big impression that day. But that doesn't mean he's going to stop trying.

So he sets off on the way home from his first day of school, but what he doesn't know is that on that trip everything will turn around for him. Enter Derrick, the baddest kid this side of Christianville. Derrick and his gang of denim clad knuckle sandwich distributors proceed to harass Nicholas for his lunch money. 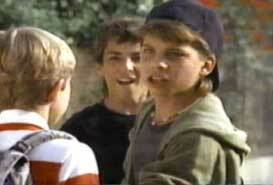 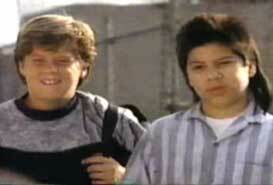 This is when Lewis makes his entrance and quickly uses psychology on the neanderthal bullies, dissuading them from pounding Nicholas into a bloody pulp. He fools Derrick into thinking that Nicholas is too "girly" and that it would hurt his reputation to beat up someone that small. I can't say that I disagree really, Nicolas would have a tough time beating up your standard girl scout. 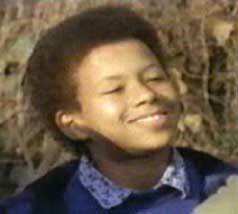 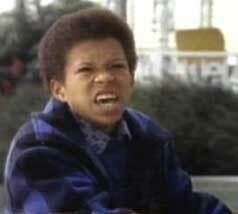 After the run-in with Derrick and his goons, him and Lewis proceed to walk home and part ways. However as Nicholas goes to cut through an alley-way, Lewis warns him of the man that lives in the huge dilapidated house. "He's a crazy Indian man, that feasts on live animals. They say that anything that goes through that alley don't come out again." So McGee pops out of his bag and says "here's your big chance just go wrap on one of those old windows and we'll be heroes." So, Nicholas never one to not follow one of his cartoon delusions runs up to the house. 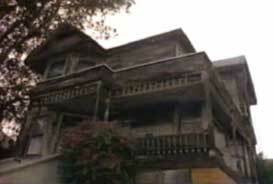 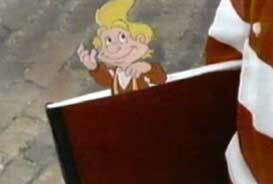 As he reaches up for the window he falls into the cellar. This alarms the Indian and he goes to find out what's going on. Nicholas meanwhile, in the basement is frantically trying to find a way out. But the only way out seems to be past the crazy Indian. So he pushes him out of the way and runs for safety outside. 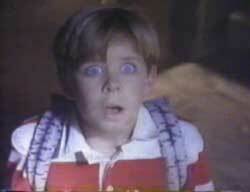 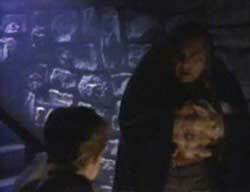 On his way out he runs into Lewis and is dubbed the man with no fear. Lewis puts words into his Nicholas' mouth and it blows way out of proportion. Truth be told the old Indian just takes care of wounded animals. But in everyone's eyes, Nicholas saw him eating a live rabbit, and depicted him as a monster. Word spread fast of what had happened, and all of a sudden Nicholas is the most popular kid in school. Every time it was told it got more and more out of control. 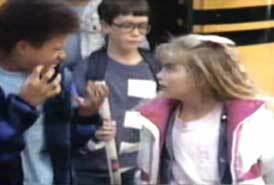 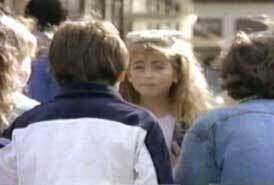 As Nicholas' story quickly spread, he got more, and more popular. Everyone worshiped him for his bravery. Everyone but Derrick. Derrick took Nicholas' bravery as a threat to his being the toughest kid in school and said that the Indian is as good as dead! And to throw more fuel on the fire when Nicholas goes home he overhears his grandmother talking about what a saint George Ravenhill is, and that someone broke into his cellar and scared him half to death. Nicholas then learns that he spends all of his time taking care of injured animals, and is the sweetest man you would ever want to meet. Talk about a guilty conscience. From here the movie goes into an animated cartoon to really drive home what a horrible thing Nicholas did. In the cartoon McGee frames a little child with breaking some valuable crystal, and is praised for it. McGee starts to feel very guilty because he did the crime but got recognition for catching the criminal and gets a reward.

So McGee skips dinner and good old' dad knows something is up. So the sorrowful music comes on and we have a little chat about how lying to others is like lying to Jesus. And that eventually a lie always catches up to you, so you must fess up and go apologize to whom ever you have lied to. So Nicholas gets up the nuts and is going to go to school and confess. But first, he must apologize to George Ravenhill. 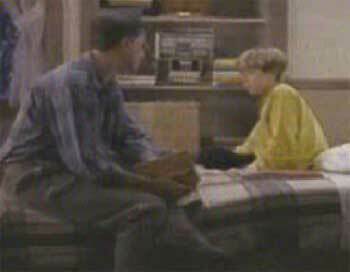 Meanwhile in the night Derrick and his thugs are making their way to the house in order to prove how cool they really are, by trashing the place. They broke the windows and ran into the night. The next day all anyone would talk about was what Derrick and his dorks did the previous night. And that after school they would put the finishing touches on the monsters house.

Finally McGee comes up with some good advice. He tells Nicholas to be the hero and stop Derrick from doing it, despite the consequences. Except Nicholas is too late. They have totally wrecked the place by the time he gets there. All of this for one tiny little lie. 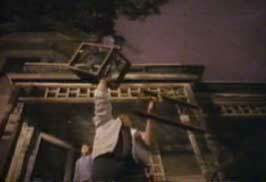 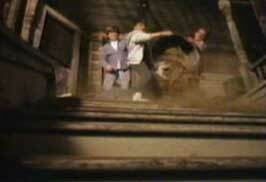 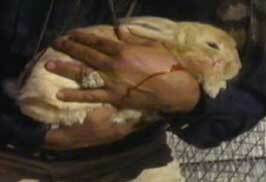 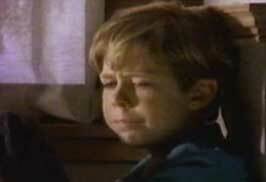 Derrick and his minions wrecked his house and hurt some of the animals he had around. Leaving an old Indian with arthritis, all this mess to clean up, and it is all because of Nicholas. He feels terrible, so he decides to help the old man to fix up his house. He sweeps and cleans to help with the mess. Though he is not popular at school anymore he has done the right thing by telling the truth and facing up to his actions. 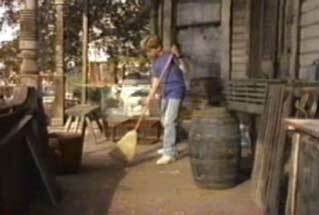 Nicholas - "I should've told the truth"

-Words to Live By- 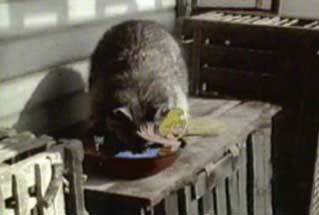 Mcgee And Me "The Big Lie" VHS tape cover 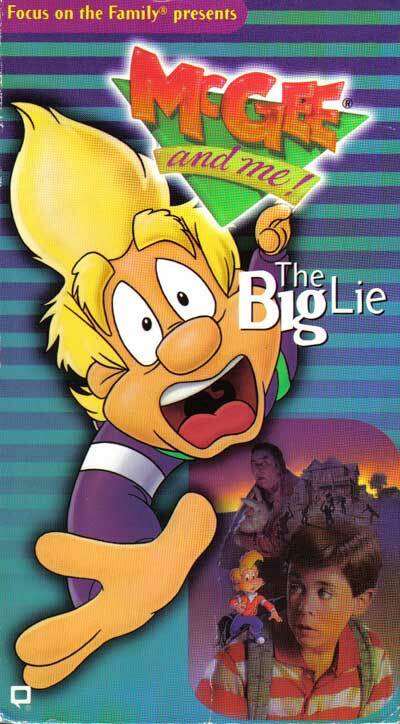 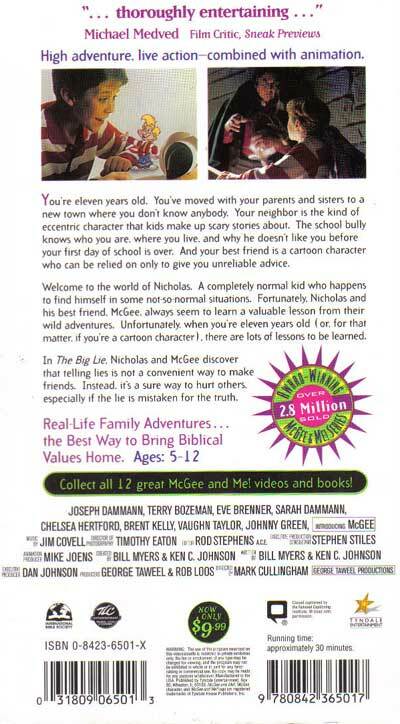 4
Quote O' Matic
Sarah Purcell: "You've been up here before, and this time, we're not even going to THINK about that nasty old dragon up there."
Added By: jeff_hamilton34_4HRhV7h0s
Tic Tac Dough ('90s)
Related Articles

24
Bro
Life at My House
Growing up on the Christian side of the 90's.
An unhandled error has occurred. Reload Dismiss