Great films of the 80s part1

Some of the less-discussed movies of the '80s
By cvillatoro
On
As children of the '80s we all grew up on the staples of cinema: Star Wars trilogy, Indiana Jones trilogy, Rocky movies, Rambo movies, E.T. the Extraterrestrial, Legend, The Karate Kid, The Never Ending Story, The Dark Crystal, Labrynth, and the list goes on.

For a while now I've been wanting to do an article about movies that are equally as good and nobody talks about. These films also bring back fond memories of my childhood. 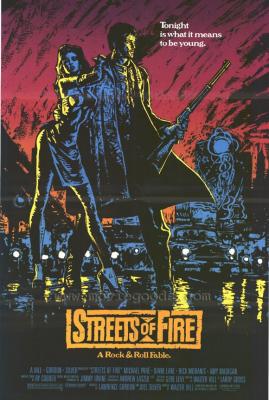 When you think about great movies of the '80s Streets of Fire hardly ever comes to mind. Nobody talks about this movie!!! The film's tagline was A Rock and Roll fable and it's basically a rescue film involving some pretty cool characters.
The movie starred a little-known actor named Michael Pare, who aside from SOF was famous for starring in Eddie and the Cruisers and its sequel.
As a protaganist, this guy had it all; The street smarts, the scruffy tough-guy look and most importantly the muscle to get his woman -- none other than his rock superstar girlfriend Ellen Aim, played by a young Diane Lane. 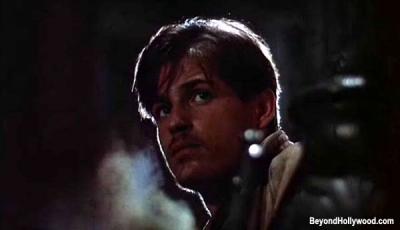 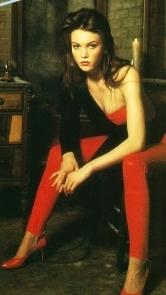 The movie also starred Willem Dafoe as Raven, the antagonist of the film as well as Rick Moranis, as Billy Fish, the guy-you-love-to-hate who manages Ellen. And Amy Madigan, as the streetwise McCoy, who becomes part of the rescue. 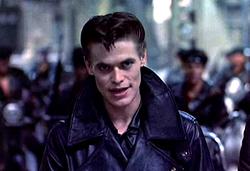 What I learned from this film: Sometimes love makes you do crazy things. It sometimes dwindles, but never completely dies. 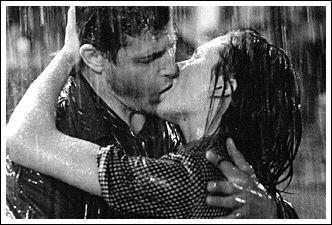 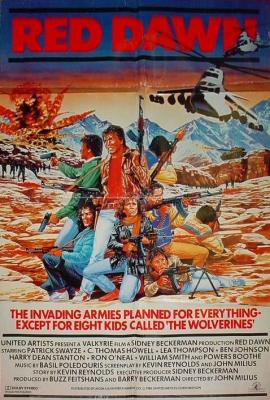 Who can forget the cry of WOLVERINES!!! When I heard that cry, I was filled with a sense of American Pride and was filled with hope that the teens in this movie would be able to fend off a full-scale invasion by Russia and Cuba in this superb movie. 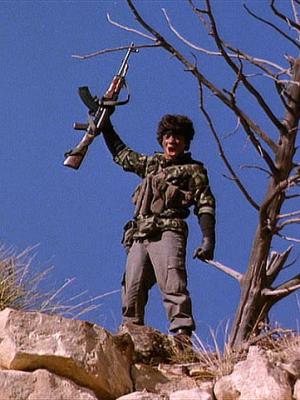 The Wolverines were led by Patrick Swayze's character, Jedd Eckert and they consisted of the hottest in young Hollywood at the time like Charlie Sheen (Matt), Lea Thompson (Erica), Jennifer Grey (Toni) who went on to star with Swayze again in Dirty Dancing and C.Thomas Howell (Robert).

Using the mountains as their base camp, the Wolverines performed guerilla-style assaults on their enemy, the Russians and Cubans. One of my favorite scenes in this movie was in the beginning during the schoolhouse scene. Kids in the classroom look out the window to and see a bunch of paratroopers landing on their playground. And I thought my school was tough!!! LOL

What I learned from this film: Never let the Russians and Cubans invade America, and if they do, arm yourself and kick some butt! 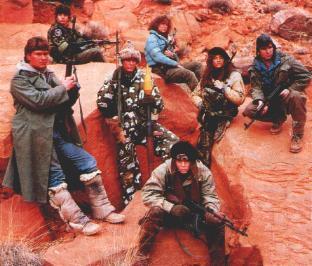 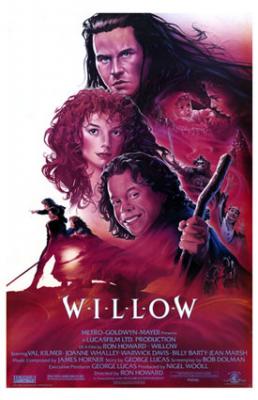 The previews for this movie had me sooo exicted to see it when I was a kid, I ended up seeing it five times in the theaters. I loved this movie!!!

The movie centers around the town wannabe magician named Willow Ufgood, played by the great Warwick Davis. Willow's life of plowing his fields with his giant hog and making fun of the local snob named Burglecut (who himself resembles a pig) come to an end when his bobbins find the future queen of the land floating down a river near Willow's field. 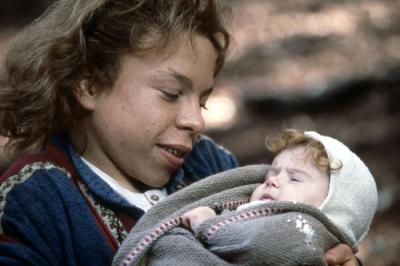 Willow is chosen by the village to take the baby to the Dikini Crossroads (spelling sorry) where he meets the swashbuckling Madmartigan played by Val Kilmer.

Together the two embark on an epic journey to save the baby and destroy the evil Queen Bavmorda. 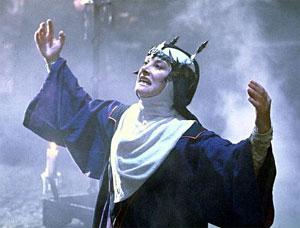 Along the way they are helped by a slue of great characters including Sorsha (Bavmorda's daughter, and the oddball but lovable Brownies) 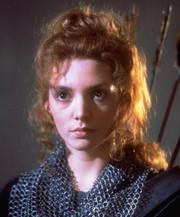 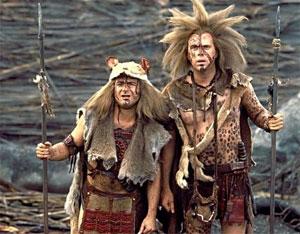 The magic of this movie, from the special effects used to make the Brownies to the morphing technology used when Willow was changing Fin Razel to her human form were absolutely mind-blowing.

What I learned from this movie: It doesn't matter how small you are (which I was at the time), all that matters is that you believe in yourself and do your best.
Oh yeah, and if you are going to try and save the world, make sure you have good friends by your side. 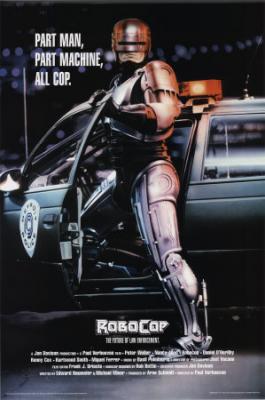 This movie brings back the memories. We had just bought a new VCR after making the big switch from Betamax. We had gone to the video store and rented this movie along with the Lost Boys, the first two movies we watched on our new spiffy machine.

This film pure and simple, rocked. The story involved a cop named Murphy. Murphy was a good cop. Until some lowlife named Clarence Boddicker killed him. 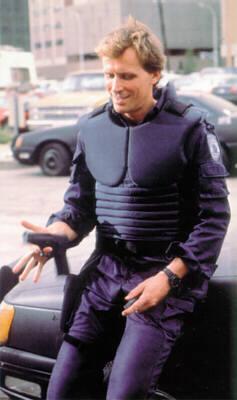 Little did they know that a company called OCP that was about to be in charge of all law enforcement in the city of Detroit was going to re-make him into the awesome Robocop. He is now programmed to 1.Serve the public trust 2. Protect the innocent 3. Uphold the law (and a secret directive 4. Do not arrest OCP employees) 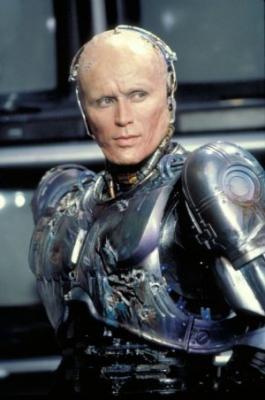 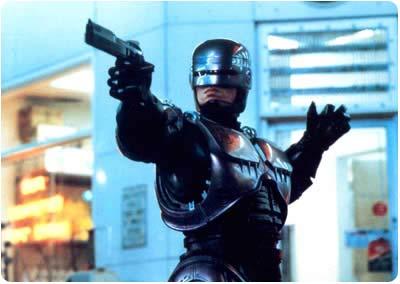 I can still remember the newscaster asking "Robocop. Who is he. What is he? Where does he come from?"

Action ensues when one of OCP's own hires the guys that killed murphy to track and kill Robocop. 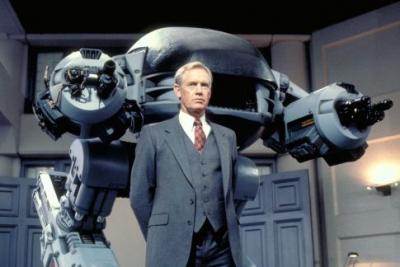 One of my favorite scenes in this movie comes when Robocop finally learns about his past, and who really killed him.

Robocop enters a drug factory where Clarence is and gets his confession the only way he knows how!!!! Clarence's life is spared because of the Uphold the Law directive!!!

Lots of fond memories of this movie, including the scene when Robocop re-enters OCP and fries his rival Robot with that BFG!!!!

What I learned from this movie: The stuff that you think you get away with, may come back to bite you. It may even come back as a robot, who just happens to be a cop.


Well, that's if for now. I will follow up with some more fun movies in other genres in the near future.
29
Login To Vote!
More Articles From cvillatoro

21
cvillatoro
Why I love Konami
An ode to Konami

22
Quote O' Matic
Cornflake S. Specialty.: "Would you mind turning off the motor?"
Lady Aberlin: "Okay (She touches the wrong switch)"
Cornflake S. Specialty: "Oh no, not that one. (To the right switch) this one."
Added By: funguy10
Mister Rogers' Neighborhood
An unhandled error has occurred. Reload Dismiss