The Power. The Passion. The Danger. Never leave home without a good battle cry!
By Nostariel
On
Hey Retrojunkers! Nostariel is finally back! Unexpected hiatus of course because I didn't know school plus moving could take up so much time. But, I did have time to lurk on the site. During that time I realized that nobody had written an article about Xena: Warrior Princess which is a shame cause I remember this series quite fondly. Once again, I hope you enjoy reading this as much as I did writing it.

Lately, I'd found myself with an absurd amount of time in front of the TV. My exams were over, there was nothing more to study and no more homework to do. Oddly, the computer wasn't doing anything for me and my PS2 wasn't beckoning me to finish any of my games.

So with a M&M's chocolate dispenser and a nice cuppa tea I plopped myself on the couch. 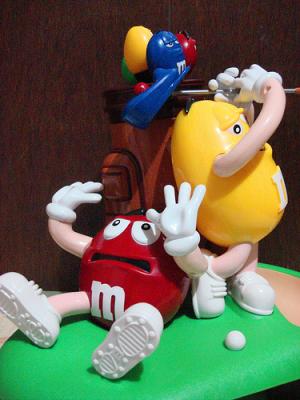 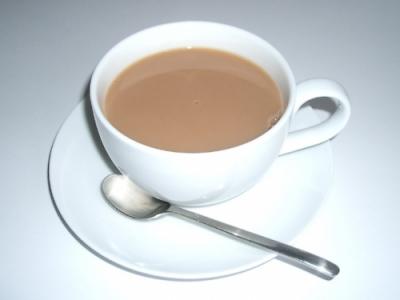 For the first five minutes I surfed through all my usual channels such as BBC Entertainment, Boomerang, Animax, and Discovery Travel & Living.

To my amazement, twenty minutes had gone by and yet there was nothing that kept my attention. I couldn't even finish watching an "Angel" rerun on Sci-Fi! Giving up I went back to "The Weakest Link" and just sat there thinking to myself "What's happened to TV these days?".

Recently seeing part of "Angel" it made me think back to all those old fantasy shows I used to watch. Quite appropriately I started having flashbacks of "Hercules: The Legendary Journeys" and "Xena: Warrior Princess".

I didn't have many memories of "Hercules" because I only watched a few episodes whenever I was lucky enough to stumble upon them. "Xena" however, was a different story. For days I searched online trying to find at least one episode and when a friend gave me some to watch I was mesmirized.

As a little girl in the 90's you could say I was in that whole "girl power" batch. If a man could save the world so could a woman! You'd be surprised how much I idolized Batgirl in those days. 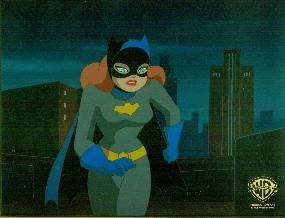 Guess that mindset was also a reason I loved watching "Sailor Moon". But thinking to myself, and from the well thought debates of my best guy friends there really weren't any "true" action/adventure shows aimed at a girl like me.

I was also quite disappointed with not having many female main characters in the shows I did watch. The year 1995 changed all that and it even introduced me to the concept of anti-heroes! That year "Xena" premiered, it was a spin-off of "Hercules" and just knowing that got me excited. 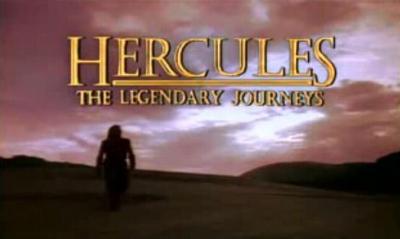 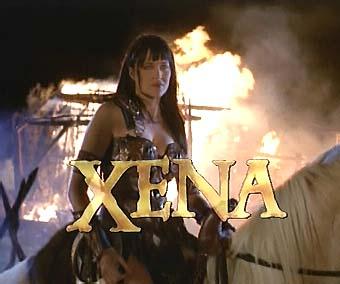 Finally it came on, and that Celtic-esque melody just drew me in.

"In a time of ancient gods.

A land in turmoil cried out for a hero.

She was Xena, a mighty princess forged in the heat of battle.

The Power. The Passion. The Danger.

Her courage will change the world."

With an opening narration like that who wouldn't be excited? The opening music was composed by Joseph LoDuca from the traditional Bulgarian "Kaval Sviri". It gave him an Emmy which isn't surprising. I'll even go as far to say that the "Xena" opening is one of the best openings I've ever heard. For those completely new to the show: What is the story?

"Xena: Warrior Princess" chronicles Xena's quest to seek redemption for her past sins as a ruthless warlord by using her formidable fighting skills to help people. During the series she is accompanied by Gabrielle a farm girl aspiring to become a bard who also becomes a great warrior in her own right. What endeared me to the series was the characters. So lets get to know them! 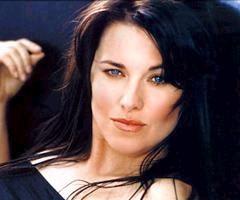 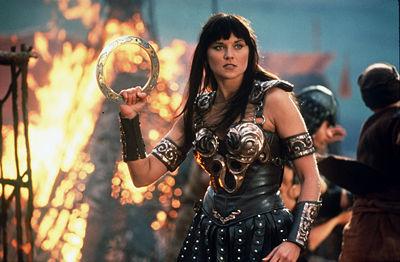 Played by Lucy Lawless, Xena is the main protaganist of the show. She had three appearances in the "Hercules" series entitled "The Warrior Princess", "The Gauntlet", and "Unchained Heart". In the first two we learn about her reputation as a feared warlord and find out she isn't one to be reckoned with. Amazing fighting skills coupled with intelligence and seduction is a dangerous package.

At one time she even manipulates Iolaus (Herc's best friend) against Hercules! But by the third she becomes Hercules's ally to defeat a man named Darphus who had taken her army. Hercules however, also had a great effect on her and she saw what her acts for the sake of power caused. Haunted by her past transgressions she decides to leave her life as a warrior.

As she strips off her armor and weaponry and buries them in the dirt, she sees a group of village girls being attacked by a band of warriors. In the group is Gabrielle. Xena saves the young women and Gabrielle is left in awe of the Warrior Princess' abilities. Gabrielle persuades Xena to let her be her traveling companion, and over time, Gabrielle becomes Xena's best friend. At this point she decides to fight for the greater good. Xena's signature weapon is the chakram but the most iconic thing from this series has got to be her yell/scream/war cry. 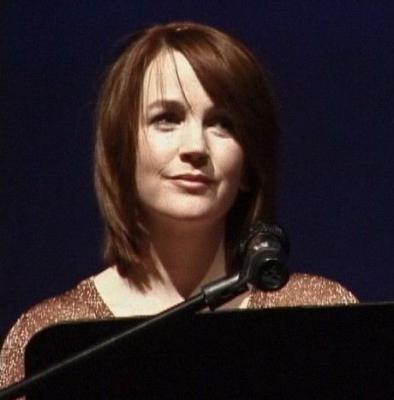 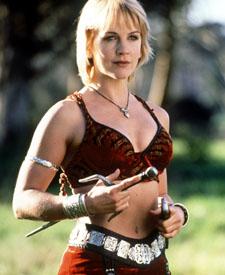 Played by Renee O'Conner she is Xena's best friend and travelling companion.Gabrielle balances Xena's personality with her own. At the beginning she is a very naive character but as the series progresses she grows into her own. In the first season Gabrielle becomes an Amazon when she defends a dying Amazon Princess during an ambush. Before she dies, the Princess Terreis passes her "right of caste" to Gabrielle, and Gabrielle inherits her rank and possessions.

This leaves Gabrielle the heiress presumptive to the Amazon Queen, Melosa.Melosa's adopted daughter Velasca, becomes a rival for the position of Queen of the Amazons after Melosa's death, but Velasca's schemes (which include aspirations to godhood) are foiled by Xena and Gabrielle. As Gabrielle wishes to travel with Xena rather than rule the Amazons, she appoints her friend Ephiny to act as Amazon Queen in her place. Gabrielle learns how to fight with a fighting staff from the Amazons. With Xena's encouragement, she develops a philosophy of fighting for the greater good without killing. 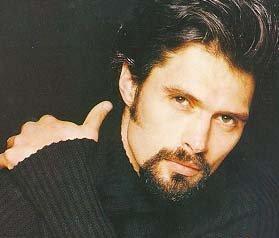 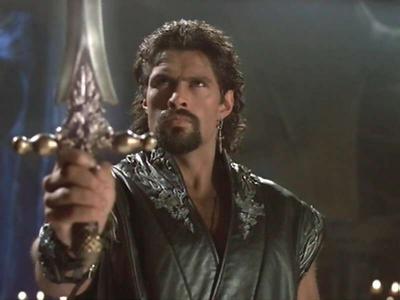 Played by Kevin Smith in both series. Suave, charming, witty, yet ruthless and amoral, Ares often represents, especially in the early seasons, the seductive power of war and the dark side. He repeatedly attempts to lure Xena away from her quest for redemption alongside Gabrielle, and to win her over as his Warrior Queen.

He offers her huge armies and historic victories, great wealth and great power, and in later seasons his love, offers which she consistently rejects despite being sometimes tempted. Ares is the character which you love to hate but at certain times you want him to be the "good god".

There is also an episode in the series where he becomes mortal and has to depend on Xena to protect him. Nearing the end he states that he wants to change and be kinder to humans once he gets his godhood back but ultimately betrays Xena. But then, in the last few precious minutes of the same episode he helps Xena out and it makes you wonder if what he said before was true.

One of the great things about this series was the writing. This is best shown in my mind when we are introduced to Callisto, played by Hudson Leick. 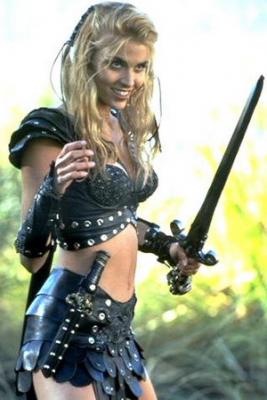 Callisto is Xena's nemesis, motivated by a desire for revenge for the suffering Xena has caused in her own dark past. Before Xena reforms,she was responsible for the death of Callisto's family when she had her army torch Callisto's village.

Callisto, a child at the time, was left traumatized by the attack and eventually went insane and became obsessed with getting revenge on Xena. Callisto intends to make Xena suffer as much as possible rather than killing her, and repeatedly lets chances to kill Xena pass by. This is reflected in Xena's own feelings of guilt that cause her, on several occasions, to spare her enemy's life as well.

Callisto feels constant emotional pain, caused by the loss of her family; she thinks that if she takes revenge, she will be free of the pain. By surrounding herself with her own evil, and feeding her hatred with guilt, she only increases the pain; by seeking revenge, she traps herself in a downward spiral that prevents her from healing.

Like Xena she also has a battle cry but it sounds more like a shriek of pain, it's also quite creepy and it never fails to send chills down my spine. Her fighting skills are also on par with Xena's except she often becomes unfocused and carried away in a blind insane rage while fighting.

I'll end this here or else I might reveal something important, especially with the "Callisto Arc" as I've come to call it. Honestly, I never got to see the series in its entirety but the "Callisto Arc" is one I did manage to get through to the end and it's absolutely amazing. Xena is a series that I will always remember fondly and one of the few series I've seen that handles "the moral dilema" when it comes to killing excellently.

Today, Xena has become a lesbian and feminist icon but to me she'll always simply be the "Warrior Princess". A woman who cared for her friends, always kept reaching for the light, and in the end still managed to kick ass!
11
Login To Vote!
More Articles From Nostariel

14
Nostariel
TV: My Babysitter
Shows that kept me entertained while my parents worked.

9
Quote O' Matic
Coach: "You feeling better? (McCord as goalie Tolliver nods yes)"
Coach: "Then get the f*** in there."
Sudden Death