the greatest animated christian cartoons EVER!!!
By oldiebutgoodie101
On
Hey, this is oldiebutgoodie101 here and im gonna be talking about the top ten CHRISTIAN cartoon series'.animated and live action! 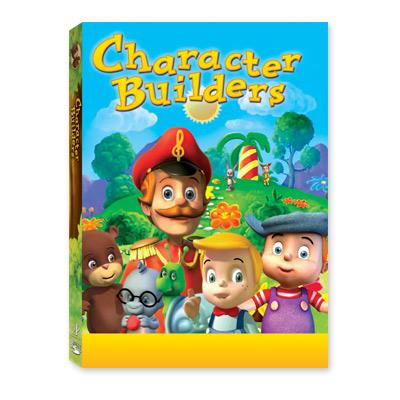 I LOVED these vids when i was a wee little thing. and they wer'nt even fully animated.(now it's CGI BOOOO!!!) they were just pictures zooming in and out and a guy narrating and doing all the voices. but i just loved it!!! the songs were pretty catchy too. and i learned alot about patience,faith ,love...this series made me what I am today. Great stuff! I recommend it. 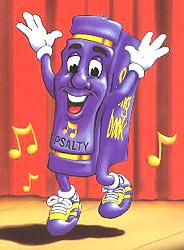 And yet this guy was kinda addictive, his songs were pretty catchy. Psalty was a big blue song book who got a whole bunch of kids together and went to his clubhouse or worship workshop(correct me if i'm wrong) and they'd sing and dance And "PRAAAAISE THE LORD." my favorite was the super fantastic praise party and the movie that they made. and that's when the costume didn't freak me out so much. he had many friends including: charity church mouse and the churchmose choir.just to name a few and his nemsis, Risky rat who had the ugliest costume. It consisted of a a big black curly fro hideous ears and a horrible prosthesis for a nose. but he's cool. i give it 5 outta 10 stars.

The Donut Man (aka Rob Evans)

"life without Jesus is like a donut, cause theres a hole in the middle of your heart."

He's another one of those Christian video franchises that got a whole bunch kids together and they would sing and learn important lessons. But I still love this guy!!!! his music talent is GENIUS! The Donut man was a guy in overalls an english cap and glasses who wold teach kids with stories and songs from the bible. He had a cute little donut sidekick named Duncan.each video taught lessons about God's character. The result was incredible! he has spawned over 20 albums, books, a video series and a tour that is still going on in many churches around the world. the donut man became a catholic in 2003.you can read the whole story at lateforsupper.com. 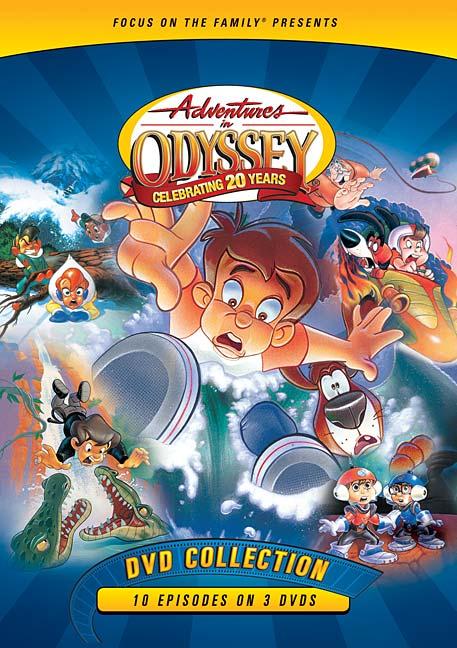 Where do i begin....
Adventures in odyssey is an awesome series but i'd stick with the audio drama.

the video series was sometimes way over kid's heads.It just what i call a "busy" cartoon.
There was too much going on in the story.after you watch one of these. you'd be sick in bed for a few days.odyssey is a small town somewhere in the midwestern united states it is not really known, i think it could be in ohio. we meet John Avery Whittaker.

(or whit to all his friends )is a round grandfatherly old man that owns an ice cream shop entitled "whit's end."he helps kids with their problems and acts as a mentor. along with his employees Connie Kendall and Eugene Meltsner. 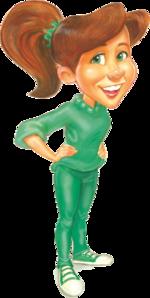 The video series lasted about 14 episodes. Due to decreasing popularity. But the audio drama still lives on and a new season starts in March...i think...DON'T MISS IT!!! 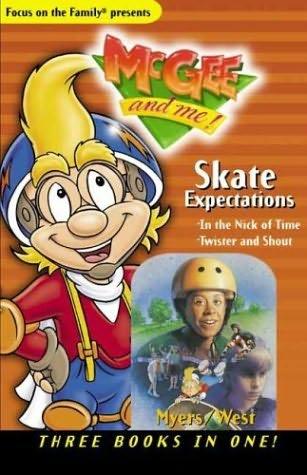 Another classic from focus on the family, truly a classic!
mcgee and me was about a boy named nicholas martin. he moved to a new town and was still adjusting to his surroundings. He was also a great cartoonist! one day he takes his pencil and paper and starts to doodle a yellow elvis haired suspender wearing cartoon character. next thing you know...HE JUMPS OUT OF THE PAGE AND STARTS WALKING AND TALKING!!! AHHHHGGHHHHHH!!!! but nick ain't scared cuz they become best friends.( as you can see in the opening credits) I loved this as a kid .and still do! I remember when i was little. i wold try to draw something and wait for it to jump out of the page. Boy, was I stupid!

Another short lived yet memorable vid series by focus on the family.

meet drea thomas, an average girl with a big imagination. drea babysits 2 kids named matt and rachel and with their imaginations they go on "secret Adventures" to solve their problems.they turn into cartoon animals and have strange perdicaments and along the way they learn important family values.

Growing up i wanted to be drea thomas. i always thought she was so stylish with her oversized hair bows two toned shoes and colorful vests. and most of all, i wanted to turn to a penguin and solve problems! this thing had me so brainwashed... great series nonetheless. pick it up at amazon! 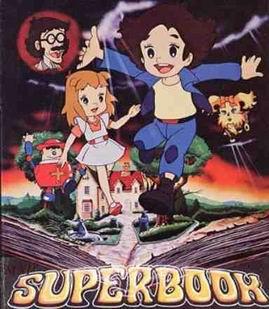 time traveling at it's best!

this was the first christian anime ever in japan. produced in 1982. it was a huge hit!!! and a huge hit for me as well!

Chris was a boy who lived"down the street and around the corner" (his address was never known sadly.) one day with his girlfriend joy they stumbled apon an ancient book full of bible stories. superbook could talk and send them back in time to noah's ark, adam and eve, joseph, david and many more bible friends! they were also accompanied by Chris' robot friend named Gizmo.(not the gremlin) i still have a video of abraham and lot. and i watch it all the time. brings back good memories! 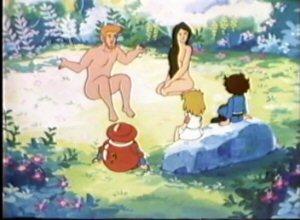 Does anyone else think this pic is um...disturbing..
Joy can see everything...

3. greatest adventure stories from the bible

This is about 2 acheaologists named derrick and margo and moki their nomad friend.they are digging and all of a sudden,the floor gives way and they now are in a room full of artifacts and relics from another civilization. and at the end of the cavern a door with a strange inscription "ALL WHO ENTER THESE PORTALS, PASS THROUGH TIME" you can see i've watched this alot! it was truly epic! 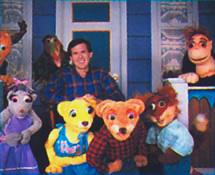 I love this even to this day!

I LOVE PUPPETS! they're so old school and so entertaining!I even was a part of a puppet troupe in 5th grade! fun times! Quigly's village was About a guy named mr.quigly (duh) he lived in a blue house with his pet parrot i forgot that birds name...anyway in the village was a rop of animals Bubba the monkey Lemon and Danny lion, Spike the porcpine and a moose and a fox. they would learn abot the bible and christian values. A great classic! it was really popular in it's day! 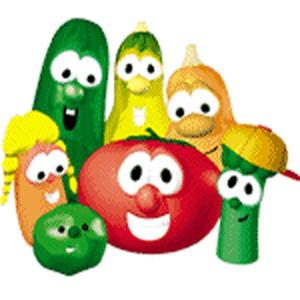 way back in 93, Veggie tales was born! it was created by a man in a spare bedroom with no money and a big idea! It was the first computer animated video series. we're talkin two years before toy story! It was a major success. over 30 vids 2 theatrical movies a tv show and music albums!!! i was crazy over it and still am. it's still goin strong today. although it's popularity kinda fizzled out in the 2000's. but it is widely known the the christian entertainment industry. Veggie tales is hosted by bob the tomato and his silly cucumber sidekick,Larry. they read letters from kids and answer their questions with a re told bible story of from a parody of pop culture like star trek,sherlock holmes madame bovary ect.they are acompannied with thier their vegie friends, jr.asparagus, jimmy and jerry gourd mr.lunt, archibald..just to name a few. sadly, the company who makes veggietales went bankrupt and they were sold to classic media. but they still live on! entertaining kids arond the world! and entertaining me and maybe you as well. definately one of my favorites!

there you have it! that's my top 10 christian vids!

10
Quote O' Matic
Goose: "You can have it! Throw it away and add it to that nasty collection of yours! Be careful - a rotten egg can be a regular stink bomb! -Goose"
E.B. White's Charlotte's Web