The games I played into the wee hours of the night.
By AntManDoom
On
The Christmas I received my NES was recorded. I was digging through some old boxes, and I found this relic of my past. It was Christmas morning, and I was in my Teenage Mutant Ninja Turtles pajamas. I got to pick out one present to open from the pile, and I chose a thin rectangular box. There was strategy behind this move, as I was hoping it would be a Super Mario Bros. 3. 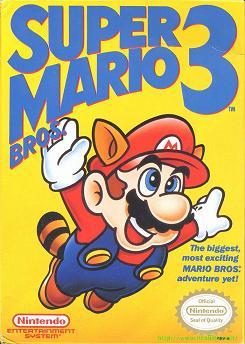 Low and behold, I was right, but there was a problem; I didn't own an NES. In mere seconds my tiny heart sank and I found myself pondering whether or not my family was playing a cruel joke on me. Even I knew back then that you can't play videogames without the NES console, however all I could splurt out was "Where's the controls?". My family had no idea what I was getting at, and you can see in the video I was fighting back a lot of tears. I rubbed my eyes and looked around, but I saw no boxes. I sat down and crossed my arms when finally my Cousin pushed a big box my way. I opened the box and there it was; My very own Nintendo.

That little box would forever dominate my destiny, consumed me it did. I also received the ultra ridiculous
Bible Adventures Game, and the pre-packaged Super Mario Bros/DuckHunt cartridge, but I just tossed them aside. I wasn't impressed by anything that morning except figuring out how to fly my Raccoon Mario from point A to point B.
My Cousin was a few years older than me, and he was the Nintendo Master! Seriously, Lucas and the autistic kid had nothing on him. 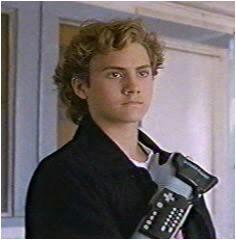 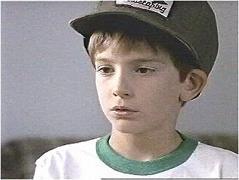 California...Ahem, sorry got lost in the moment. Anyway, I didn't want to play as much as I wanted to see my Cousin in action. He easily beat Koopa's Kid, found the magic whistle, and returned the wand to the Transformed King. After that he turned it off. He told me that was the end of the game, and I didn't question that until much later. God, I was so gullible back then...or maybe just gulli-calf?

When my skills had improved drastically, I found myself beating World 1. 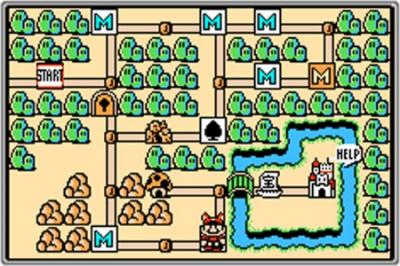 I was awesome! I had achieved a level of epic-ness that...oh, wait. World 2? More levels? Crazy fireballs and a Sun that chases you? What is this?! I found myself spending hours beating Worlds only to find another even MORE difficult World would lie ahead. The farthest I could get was World 4. 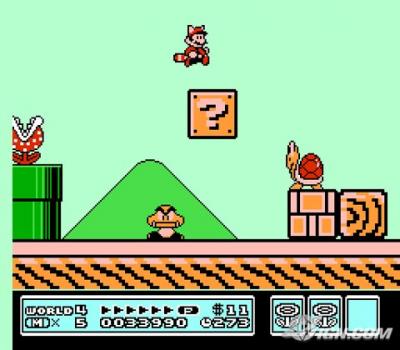 EVERYTHING WAS SO BIG! Anyway, my Grandparents had this awesome basement deep within their residence. You could slaughter a pissed off pig and no one upstairs would hear it. I learned long ago that if I could quietly sneak downstairs, there was no bedtime. Hours I'd spend playing that game. Time mattered not. I was destined to achieve greatness no matter what...until I found PunchOut at a garage sale. 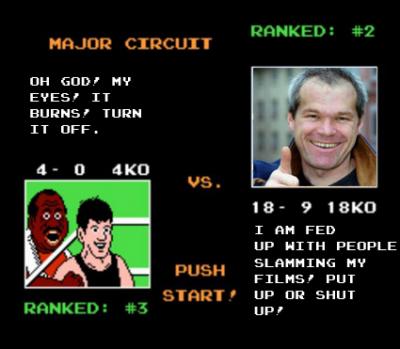 Despite the fact that it wasn't MIKE TYSON'S PunchOut, I still found myself addicted. GlassJoe was a sucker. Honda was a chump. King Hippo made me his bitch >: o 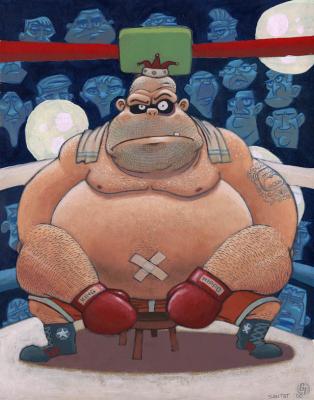 For the life of me, I could not beat him. Not even the all powerful GameGenie could help me defeat my husky nemesis. 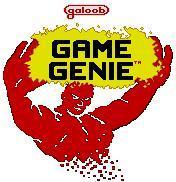 I was stubbornly persistent, and as soon as I was confident my Grandparents were sound asleep, I'd tip-toe to the basement and stare at the glow of the screen until my eyes burned. Sleep was for the weak, and I couldn't beat King Hippo if I was weak. It would be years later where I'd figure out the secret to sending King Hippo on his fat arse. Thank God for the Wii's virtual Console, as it's given me the pleasure of putting King Hippo in his place any time of the day.
My next-door neighbor loaned me a golden cartridge of awesomeness. The Legend of Zelda was one of the coolest things I had ever seen. Before allowing me to play, the neighbor showed me his progress in the game. He had an arsenal of cool weapons, and he beat the final boss with ease! Unfortunately the game started me out with nothing more than a stick sword. I had no idea where I was going, or what I was looking for, but I was determined to find all the cool weapons. The game ended up frustrating me to an extreme level, and it became my first controller toss experience. 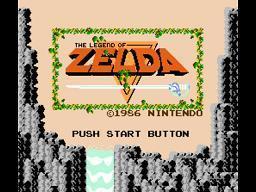 To this day, I do not eat/sleep/or satisfy any of my manly urges until I conquer Hyrule and save Zelda while putting a stop to the uber-evil Ganon. I've seen it and done it all when it comes to Zelda (except those weird CD-I games).
Hours of sleep have been lost trying to find Poes, masks, and talking rocks. 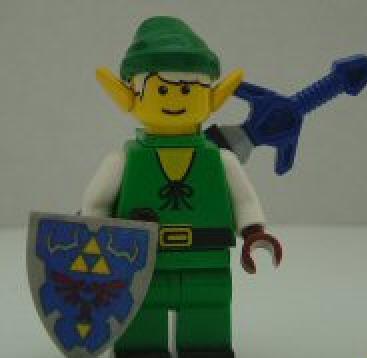 One of my favorite movies of all time is JAWS. Anyone who's ever seen me drunk knows quoting Robert Shaw's famous lines are my thing. I refuse to take shots without using the "Here's to swimming with bowlegged women" toast. The shark hunting aspect captured my attention. My life was momentarily complete when I found a videogame where your mission is to KILL JAWS! 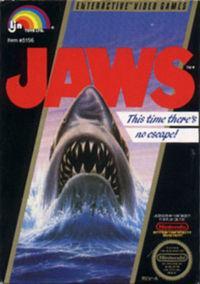 I only spent one night trying to figure this game out before I broke it. That game gave me rage issues. I hated it! I hated how no matter what I did, that friggin shark would still make me his (or her) dinner. I had a boat, but I couldn't kill the thing. I bought a submarine, and I still couldn't kill the thing. It was a god awful game that has scarred me for life with nightmares and uncontrollable twitching. Playing this game was a scarier experience than any of the movies, and you thought the shark couldn't look any faker, pssh. 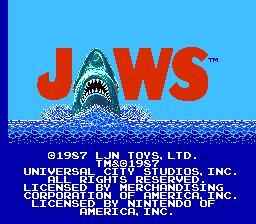 Just when you thought it was safe to go back to the videostore, this happened. 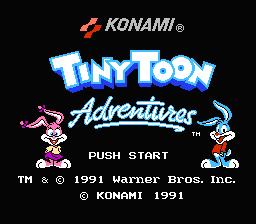 This was 8-bit crack for me. I was addicted beyond belief. You were given three characters; Buster Bunny, Furball the Cat, and Plucky the Duck. Plucky had minimal flight capabilities, Furball could stick to things using his cat claws, and Buster...I don't really remember what Buster did, but the fact that he was my favorite Tiny Toon made him my choice pick 60% of the time, all the time. 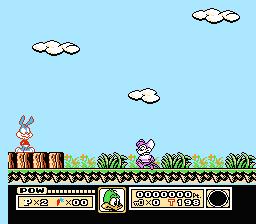 This game actually got me grounded. It hypnotized me into ignoring my bedtime and question the authority of my household. Sadly I never saved Babs from Montana Max's shark tank, however I always assumed a smart and sassy Rabbit like that could save herself. 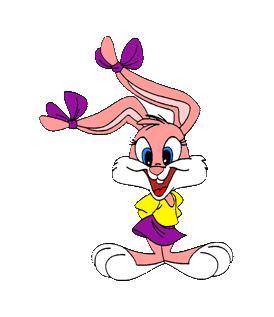 The next game caught my attention for two reasons.
Reason 1 was I was and always will be a huge Simpsons fan. Reason 2, the game's title had "Space Mutants" in it. 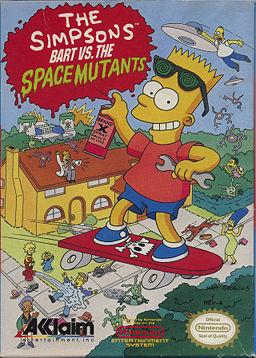 This game was just as impossible as JAWS was, perhaps even a bit more. I remember being unable to get past the first level. I expected a game like Konami's The Simpsons: Arcade Game. Now THAT was an awesome game. I wish they'd port it on XBOX live or something.

The last games I'm willing to write about that forced me into becoming me a sleepless zombie were The Flinstones games on NES. 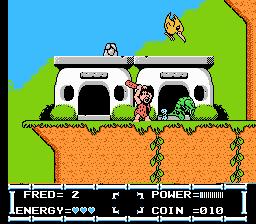 I remember playing this on my summer vacation between Kindergarten and 1st Grade. My bedtime was extended a whole two hours and I wasted not trying to get Fred through all the levels unscathed. I loved the gameplay, and the basketball mini-games. I couldn't downright loathed 9pm for ending my NES sprees. 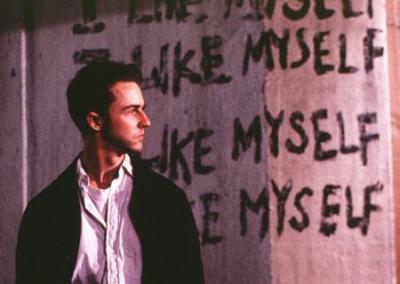 but close.
45
Login To Vote!
More Articles From AntManDoom 29
Quote O' Matic
Jim: "Jim: It was up to me now. After the hours of sweat and training, the nights flippin' flap jacks at the diner. It all came down to this one hit. (Do, do do) At last I was apart of the big league.... To-bad-I-didn't-read-the-lable-at-the-top-of-the-box. -Jim"
Earthworm Jim