A Talk With Dey Young

A quick interview with the actress and artist...
By Caps_2-0
On
You may not recognize Dey Young at first, but if you're a fan of retro movies, you should know that she was in some of the most famous movies in retro history. 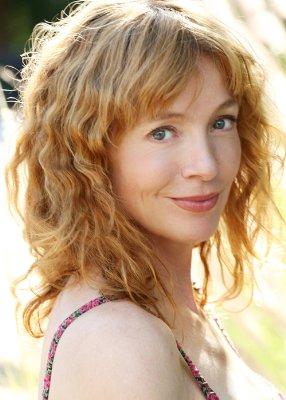 She had a starring role as the nerdy-turned-sexy Kate Rambeau in the cult classics "Rock 'N' Roll High School", and had bit parts in some of the most famous films of the 80s and 90s, including "Spaceballs" (where she played one of the waitresses at the diner near the end of the movie), "The Running Man" (where she plays the co-worker who calls Maria Conchita Alonso's Amer Mendez lucky for not having anything worse happen to her regarding Arnold Schwarzenegger's Ben Richards) and "Pretty Woman" (where she played a saleswoman at a boutique). She still acts, but now you can add artist to her list of credits. She's an accomplished sculptor whose work has been seen all over the world.

I recently e-mailed Ms. Young and asked her if she would agree to do an interview, and she consented, so without any further ado, here's:

The RetroJunk Interview with Dey Young

Caps: I've learned that the Internet Movie Database isn't always reliable for this type of info, so I would like to ask: When were you born?

Dey: I'm trying to remember. I've lied so often about it. Whatever age that it takes??? In actuality, I am in the best years of my life. I have a number of decades behind me to have learned from and develop my own voice.

Dey: Well the Beatles, of course. I remember seeing them in person at 11 yrs. old. I was spellbound and I think my parents were just worried about our safety with all the frenzy. I was obsessed with John Lennon. Then secondly, I adored Crosby, Stills and Nash and Young. There harmony was magical.
I didn't watch a lot of TV. Occasionally, "I Love Lucy", "Gilligan's Island"...I loved the movies. "Sound of Music" and "Camelot" and was enchanted by the King Arthur legend and all those books. I was a hopeless romantic...And of course the plays, Hair and A Chorus Line were sensations!!

Caps: What inspired you to begin an acting career?

Dey: When I was 10, my sister, Leigh Taylor Young was on "Peyton Place". It looked effortless and so much fun! Being from Michigan, I thought if my sister who I idolized could pursue her dream, I could, too. I had no idea the challenge it would be.

Caps: All actors have to start somewhere: What jobs did you have before you entered the entertainment business?

Dey: I did dinner theater in the summer while at college.

Caps: Your first role was in the 1979 classic "Rock 'N' Roll High School". Did you compete with anybody for the role of Kate Rambeau?

Dey: I was the last person they saw and it was a fluke...A recommendation from a friend. I didn't even have an agent. I was fresh out of London Academy of Music and Dramatic Arts. 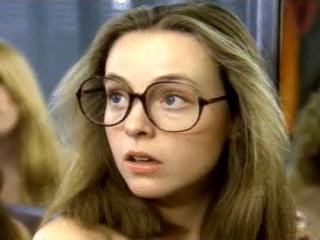 Caps: I've heard many interesting stories about The Ramones. What was it like working with them?

Dey: I was in awe of them, most of the time. What they represented was alien to me. It was my first exposure to punk culture. But they were nice, especially Johnny, and approachable if I dared.

Caps: 20 years after "Rock 'N' Roll High School" was released, we were witness to the Columbine tragedy. Do you think that in today's climate, a movie where a school gets blown up could be released?

Dey: Only very carefully and only as a spoof, such as Rock N' Roll High School. I think it is far more dangerous or irresponsible in a film like "The Matrix", when a massacre is glorified with machine guns pulled out of trench coats and glass shattering everywhere.

Caps: As an actress, I'm sure you were invited to many parties. Were the parties of the early-to-mid-80s different than the ones of the 00s?

Dey: That is so hard to judge objectively because I've changed and grown in those twenty years. But I am sure drugs were running rampant at that time and you definitely had the hot nightclub scene where you'd dance all night but I am sure that all happens now as well. I never participated in a drug scene. I was naturally high!!!

Caps: You had a small, but very memorable part, in 1987's "The Running Man". Considering how reality television has gained in popularity throughout the years since the movie's release, do you think that someday we may actually see a show like "The Running Man"?

Dey: Boy, would that be depressing. I think we have moved too much toward an impersonal, disenfranchised reality with the computer age upon us.

Caps: It's been a while since I've seen "Spaceballs". Which waitress were you in the movie?

Dey: Can you believe, I haven't seen it since it came out, so I have no idea. What I remember most about that experience was Mel Brooks' voice booming over a speaker directing us all from another stage. It was like being in "The Wizard of Oz" with the wizard behind the curtain!!

Caps: "Spaceballs" was being made at a very odd time during MGM's history. What was it like making a movie for a studio in upheaval?

Dey: I wasn't unaware of it, but when hasn't it been in upheaval??

Caps: In 1990, you played a saleswoman in the movie "Pretty Woman". The movie caused some controversy upon its' release, and as the Internet Movie Database message boards for the movie prove, the message of the film is still causing arguments to this day. What do you think of the movie?

Dey: I loved it. The message for me is that love transcends all social and class obstacles.
Caps: Moving on from movies, you're an accomplished artist. What does art provide you with that the entertainment industry doesn't?

Dey: A self sufficiency. I can go to my studio, turn on the compressor and grind or chisel a form from rock and not have to answer to anyone but myself. 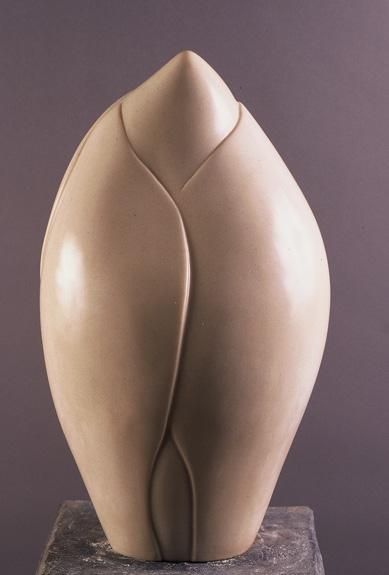 Caps: Who have been your primary artistic inspirations?

Dey: There are so many. Every time I walk into a museum,,I am inspired. I am not as inspired by the contemporary artist although I appreciate them. I love the modern artists like Rodin, Archipenko, Gaudi, and of course Picasso. I also think of my mom as inspiring who was a head docent at the Detroit Institute of Art. As a little girl, I would take my homework and sit under the Diego Rivera mural and marvel at all pieces around me. 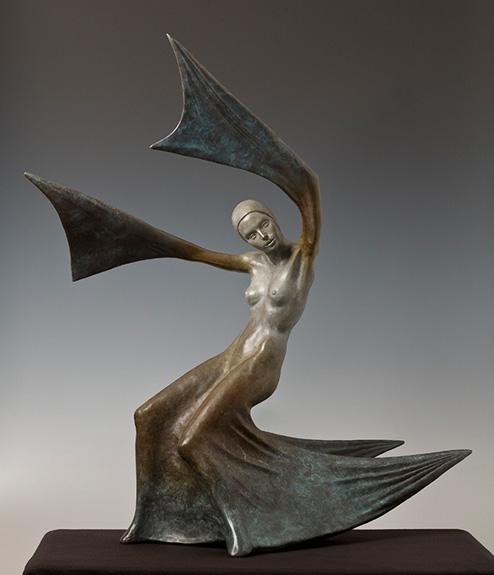 Caps: I've never been to one myself, so as an artist, what is a typical art exhibition like? Does the feeling differ when you're a viewer instead of a participant?

Dey: I love going to different galleries and experiencing other artist's works. But when you are a participant, it is such a high because you are sharing your passion. I am very lucky because I am proud of my work. It has been a gift.

Caps: What's the farthest place you've traveled to to show off your work?

Dey: The farthest place I have gone to create my work is in Pietra Sante, Italy. I brought home 2 tons of marble from Carrera, one of the quarries where Michelangelo got his marble. I have sold pieces to people all over the world but have really shown only in California. I am hoping that will change soon.

Dey: Often, I will listen to classical music and sometimes I will put my iPod shuffle on and listen to mellow rock and sometimes just listening to the tools and the stone interact is enough. 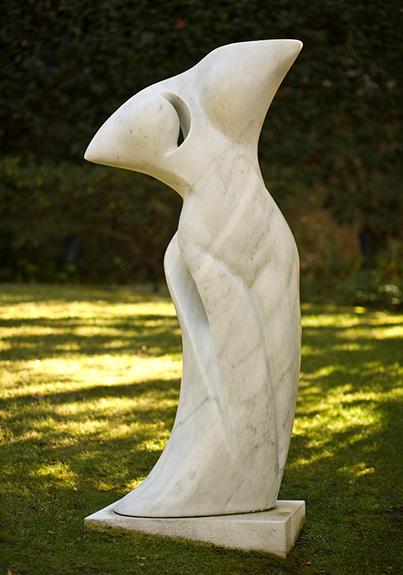 Caps: If you were given a time machine to invite 5 famous artists from throughout history for dinner, who would you choose and why?

Dey: This has been the most difficult question for me because I admire so many artists. Umh, Brancusi, Picasso, Klimpt, Michelangelo, Arp, Georgia O'keefe and Matisse. I know I have chosen more than 5 but all these artists are so unique in their style and gifts.

Caps: What is your favorite project you've worked on?

Dey: Oh, that is like saying who is my favorite child. One of my favorites is a recent piece, Surrender. It captures and reflects so much of where I am trying to be at this point in my life. 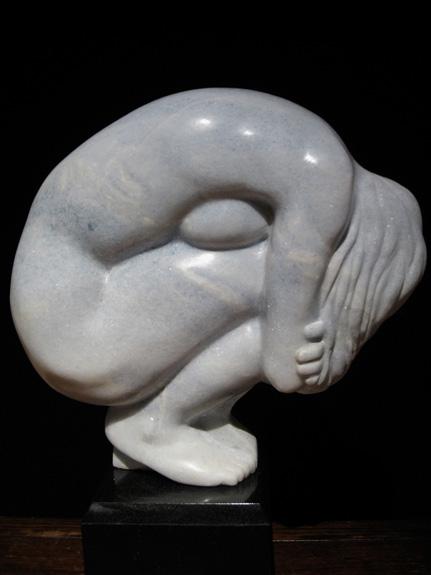 Dey: I have lived a very blessed life and I think if I had had more of an awareness of that earlier. I wouldn't have stressed as much, been more patient and honored the process of my life as opposed to the result. There is nothing like the joy of the present! But, all that comes with the wisdom and lessons of my years so I guess everything is perfect.

I would like to thank Ms. Young for taking time out of her busy schedule to do this interview with me. It's always a great honor to interview retro celebrities.

For more information on Ms. Young and her work, visit http://www.deyyoungart.com/.
15
Login To Vote!
More Articles From Caps_2-0

8
Quote O' Matic
Bob the tomato: "If you like to talk to tomatoes If a squash can make you smile If you like to waltz with potatoes Up and down the produce aisle Have we got a show for you"
Added By: Jmaster1114
VeggieTales