A Film That Brings Fathers and Sons Eye 2 Eye
By MelloMovieReview
On
I’m going to veer from my normal format of reviewing the film from a technical standpoint to adding my own personal experience.

A GOOFY MOVIE: A FILM THAT BRINGS FATHERS AND SONS EYE 2 EYE 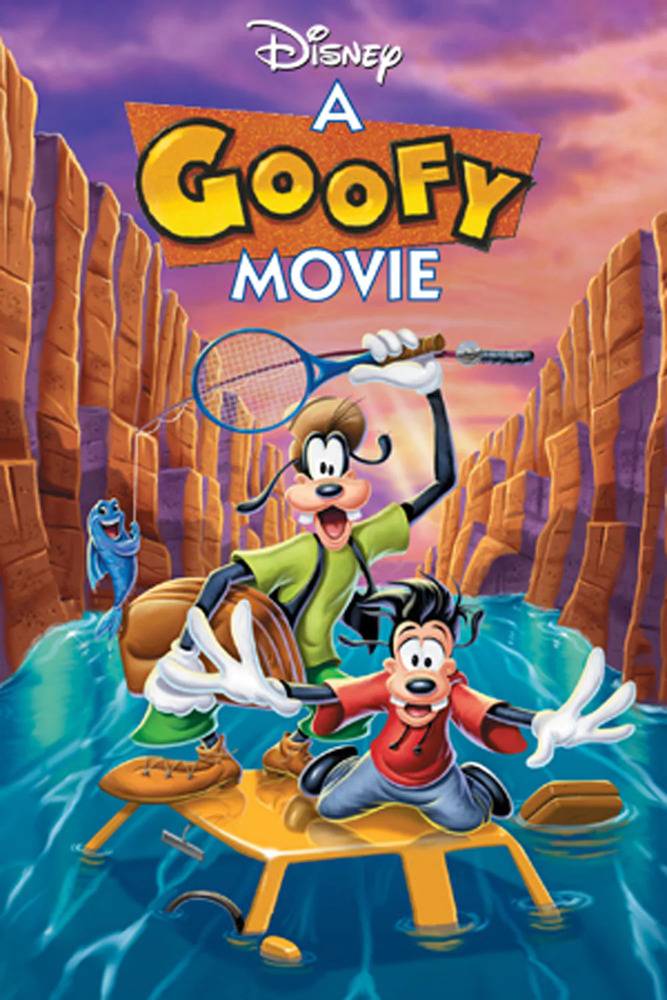 “A Goofy Movie” will always have a special place in my heart. As far as I’m concerned it is a timeless tale about a father and son. People often talk about the ‘Disney Renaissance’ as they gush about “Beauty and the Beast”, “Aladdin”, “The Little Mermaid” and “The Lion King”. Now, I’m not here to put anything down. I love those films just as much as any other kid who grew up in the 1990s. I was born in 1986, so I was the perfect demographic for those movies at that time. Seeing them in those special white clam shell VHS tapes. However, rarely does anyone include “A Goofy Movie” to that list.

When my dad was a kid, he saw all of these old Walt Disney short animated films about Goofy, Mickey, and Donald Duck. Goofy was his favorite (as is mine). He was the most immature, usually a big goofball who messed everything up. So, it was refreshing to see him as a father. I think this film was supposed to be for two generations. The adults remember Goofy from their youth, now it’s as if he had to mature to be a father to Max. My generation related to Max. 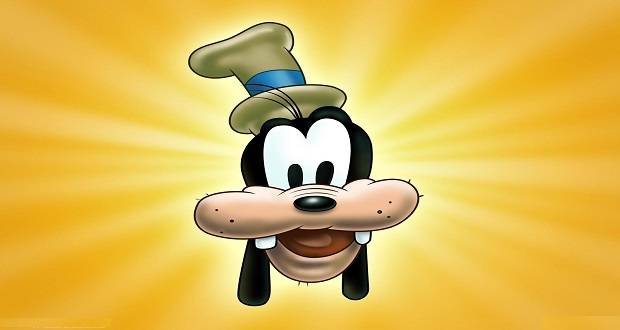 I remember my family going to Pizza Hut for dinner. We played arcades, I got those 50 cent stickers, and we had the best pizza on the planet. Washed down with Pepsi of course. We were trying to decide what to see in theaters. My dad was obsessed with ‘Robocop’, ‘Die Hard’, ‘Terminator’ etc… He never watched cartoons anymore. Unless I was watching them and he would talk about a few of his favorites. He would mention “Johnny Quest” or “The Jetsons”. He would even talk to me about Goofy if I was watching the Disney Channel.

That night, he reluctantly took me to “A Goofy Movie.” He was a good sport though. I remember sitting in that theater, glued to the movie. The moment the film opens up with Max worried he is going to turn into his father, then “After Today” begins playing. It catches you right off the bat. Every kid can relate to either not wanting to be dorky or lame like your father, as well as not fitting in with the crowd.

I remember my dad getting sentimental when Goofy tried to talk to Max about “Hi Dad Soup”. What father can’t relate to getting emotional thinking about their kid growing up? The arguments about the radio being on the music they preferred. The part where his dad didn’t even listen to him when he said he didn’t want to go fishing. Goofy has a good heart, he is doing what he thinks is best but he doesn’t listen to his son. In turn, his son doesn’t give his father a chance. He just assumes he is out of touch and lame. What a great emotional bond these two go on in this movie. 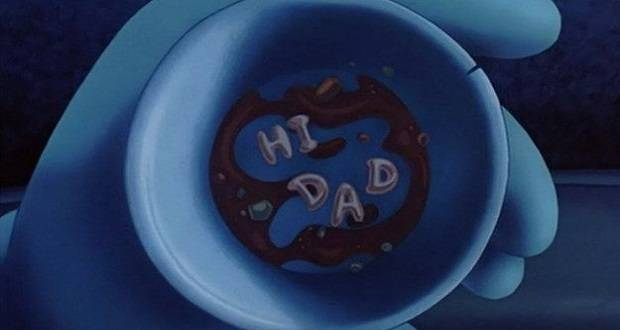 After the film was over, I remember my dad giving me a big hug and telling me he loved me and the movie. He had a great time. We talked all the way home that night and I remember it really opened up a lot of dialogue between us that went deeper than talking about superficial things such as sports or school.

To summarize the film, we have to look at what makes it great. First of all, it’s a musical. The songs are great as they are narrative. It progresses the story, tells what each character is thinking, what their motivation is and how it will likely affect them moving forward. I hate when musicals have songs, just for the sake of having a song. Some Disney films make that mistake, this one doesn’t. Each song, even the finale “Eye 2 Eye” sums up the father and son seeing things eye to eye. As well as being an awesome pop song for the stage finale.

The themes are timeless. Each generation believes their generation was the best. Goofy believes his music is better, Goofy believes if he liked things as a kid with his father then his son will too. Max believes his music is best, he believes Goofy is out of touch and lame. What I love is that if they just talk to each other, have some open dialogue and communication they will see they aren’t far off from each other. 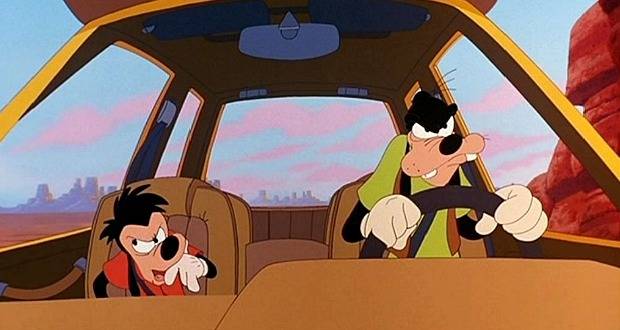 Goofy just wants to spend time with his son. Does he even like Fishing? Maybe. However, he doesn’t really care about it. He just believes that is what fathers and sons do (like his father did). What Goofy really cares about is spending more time with Max. He’s afraid his behavior (reported by the school) is going to lead Max down a delinquent path. So if Goofy would just talk to Max, he would understand why he did that dance number at the assembly. He just wanted to look cool and not be lame. 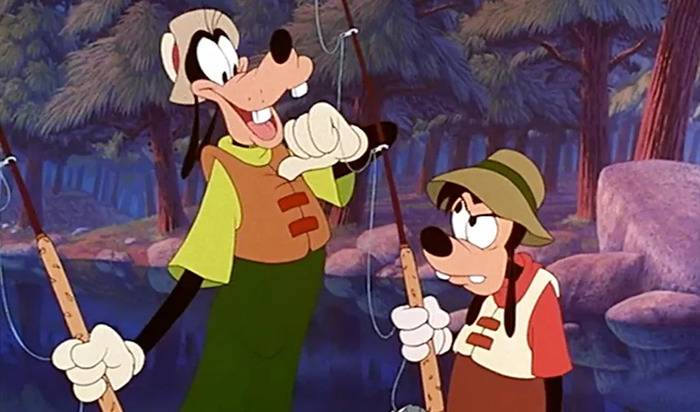 He wanted to impress a girl. He isn’t a bad kid. His friends aren’t gang members. Also, if he asked Max what he wanted to do for fun, then he would gladly join him. It doesn’t matter what the activity, just that they are spending time together. 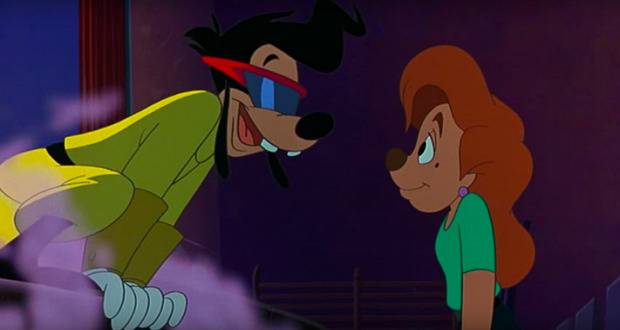 My favorite scene is after they get into an argument, they float down the river and are forced to talk to each other. Again, the song “Nobody Else but You” is a quick way to explain how each character feels as well as the situation. This an example of a musical done right. 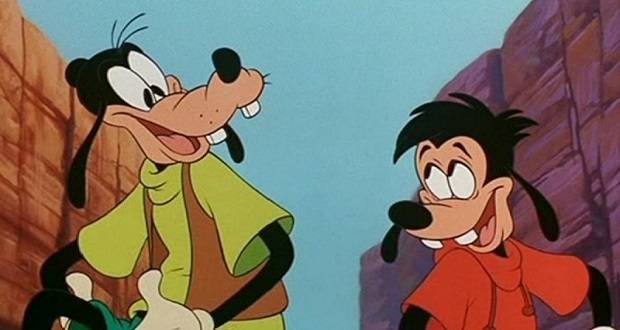 Who can’t relate to that message? As a kid, I loved this film because of Max. Now, as a father, I love how great of an example Goofy is as a dad. He is still a goofball who gets into trouble a lot, but he isn’t immature and crazy like the older Walt Disney Cartoons from the past. He is like all of us. We have to grow up when we have kids. We have to do things we may not want to do in order to make our kids happy. The finale on stage is so amazing. What kid didn’t cheer when Max got to dance with Powerline? Roxanne sees him on stage, the rest of the school watching it on PPV see him. Pete is dumbfounded, and this all happens with Goofy and Max being on the same page. It’s one of the most overall satisfying endings I’ve ever seen in any movie. It just ties everything up so perfectly. 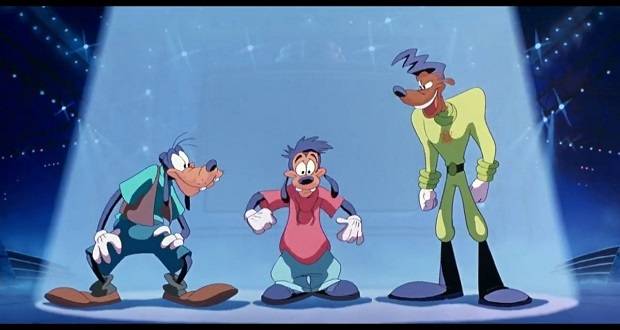 I watched this movie with my son recently because it’s almost the end of his school year. Summer vacation is upon us all. We had a very similar experience as my father had with me watching it. It opened up some new dialogue between us. He shared things he hadn’t shared with me before. It was special.

This movie has something the other films of that Disney Era don’t necessarily have. It is a timeless film with themes we can all relate to. It has heart. It is also very nostalgic. I could listen to this soundtrack all day. These songs are amazing. “Stand Out”, “After Today” “On the Open Road”, “Eye 2 Eye”. I feel like Powerline is a real musician. Not to mention the old reference to technology that remind me of my childhood. Most cartoons today have some theme about kids not being heard, or they feel like they have to hide who they are and finally blossom into their true form. Which is fine, but rarely do we see a good old fashioned film like this.

If you haven’t seen this movie, go check it out. I remember when our local Blockbuster was closing down. I asked if they had a copy of this on DVD. They had 2 left. I bought one and the clerk said, “You know, I hadn’t thought of this movie in a long time. It’s one of my favorites. My dad and I watched this when I was young.” He ended up buying the other copy. On the last day that Blockbuster was open, I walked in one last time to savor the nostalgia. That clerk was working and he was playing “A Goofy Movie” on the televisions storewide. We laughed as a customer started singing “Stand out”. That will forever be my last memory of Blockbuster Video Store.

As I close this article, I’d like to end on this quote I feel is relevant from the film as each new generation passes this film down to the next. “I saved the best for last. It's been handed down from Goof to Goof to Goof, and now, it's yours, son.” - Goofy
10
Login To Vote!
More Articles From MelloMovieReview

24
Keiichi77
The Movies of Summer 1996
96 is here, and it's here to stay!
An unhandled error has occurred. Reload Dismiss