Blizzards are a Boys best friend
By MadMacks
On
This is a first attempt at one of these, so be gentle please.

Growing up in Maine in the early 80's was a beautiful thing, neighborhoods to ride your BMX or Powell Peralta through in the summer, Baseball at the City Park in the Spring, Apple picking in the Fall, and of course the best season of all for an active youngster in the northeast: Winter. Now one could easily argue that Summer should trump all seasons for a kid no matter where you live, but hear me out. Of course everyone loves summer as a kid, you never have to go to school and the worst case scenario is it is raining and you go to see TMNT for the eigth time at the local movie theatre. But summer is predictable, every day is mostly the same. Winter on the other hand holds a special place in my heart because when it snows in Maine, it SNOWS. I don't know if it just seemed larger than life as a four foot tall person, but when you wake up to three feet of snow outside your window, one thing is for certain, your day just got a whole lot cooler(pun intended).

Without further ado...welcome to my snow day.
First things first, snow days actually start the night before around 6 o'clock when the local news comes on. This was before radar maps and doppler 9000's, so all we got was a large colorformÂ® with an angry cartoon storm slapped on whatever portion of the state was gonna get hit with the blizzard. Excitement loomed for the rest of the evening. "There's no way we are gonna have school tomorrow Mom! We're supposed to get at LEAST two feet."
This would be the classic homework avoidance conversation. "I don't care if you don't have school for a week, you're doing your homework tonight. You better hurry up or you are going to miss Miami Vice." End of conversation, I love me some Crockett and Tubbs. After a speedboat load of pastel tshirts and over the hip southbeach thongs, I am sent to bed with visions of a snowpacalypse dancing through my dreams.

No child needs an alarm on a possible snow day, they are all up at the crack of dawn to, 1. Look out the window to see the damage, and 2. to put the news on to see if your S.A.D. (School Admin. District) is on the list of school closings. We were S.A.D. 34 and they usually ran numerically, so we always had a bit of a nail-biting, knuckle-cracking, anxiety ridden wait. "There is no way we have school today", you would say to your best friend over the phone as you made plans for the glorious day ahead of you. 29, 32, 33, and YES!!!!!!! S.A.D. 34! NO SCHOOL! "Dude! What are we gonna do?! Should we go sledding at the Golf Course first? Build a friggin sweet fort? Challenge our neighborhood foes to an epic snowball fight followed by a rousing "King of the Mountain" battle on the biggest snowplow pile we can find? I'm getting my gear on, I'll be there after breakfast." 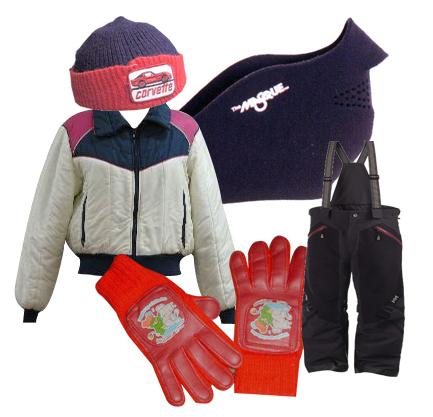 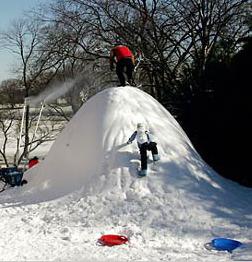 Sadly this would always be followed by my Mom congratulating me on my snow day and telling me to go shovel the driveway. 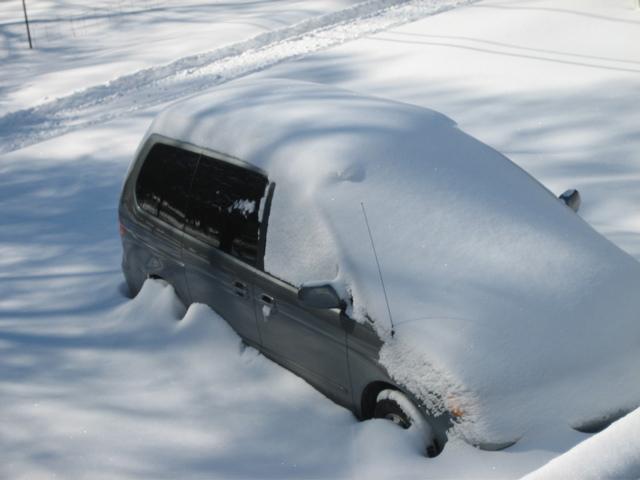 Thank sweet baby Jesus I had the tiniest of driveways ever, barely over one car length. So after a half assed shoveling, I book it four doors down to my best friend Alex's house. Alex was a one of a kind type of kid, always had the best, most exciting ideas, and I had the vision to pull them off. Today's snow day would start off with a classic activity: building snowmen/women. Alex's idea for the day was to turn this idea on it's ear and instead of making a lovely snow family in the front yard for all passersby to enjoy, we would make all appropriate sized base, torso, and head balls on the edge of the street. What's next you ask? Why of course we assemble them as fast as possible across the middle of the street 5 feet apart making it impossible for the next car down the road to hit at least one. 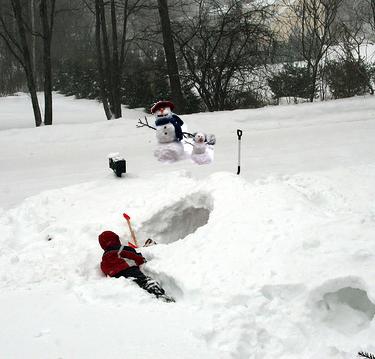 GENIUS! Between Alex, myself, and two other friends we assemble the snow family in a matter of minutes and hide behind the snowbank and wait for the carnage. What should come down the street first? Why a nice ol' jacked up Maine redneck truck complete with Ficsher plow and gunrack. "this is gonna be sweet" we whisper to each other. The truck slows to a crawl as it approaches, "WTF?" we hear the driver say to his bearded buddy. It is then that he notices us snickering away not 15 feet from him. "you kids wanna see something really cool?" he asks as he slams his truck into reverse. Snow spits out from underneath his tires as he fish tails back up the street. About two blocks back he slams the brakes and starts to rev his 454 big block. By now we are all standing atop the snow bank for a better vantage point as he floors the gas and begins his path of destruction towards our poor little snow family. He hits "Dad" first dead center with the plow and his snowhead flies over the roof of truck and explodes on the ground. Swerving hard to the right and slamming the brakes our hero for the day does a complete 360 taking out the rest of the family with the side of his Chevy and comes to a sliding stop. Snow people bits are strewn about the road as Crazy Train blasts out of the pickup and the unmistakable smell of uncle Mikes jacket comes wafting towards us. "THANKS MAN! THAT WAS AWESOME!" We wail in unison. Activity one: accomplished. 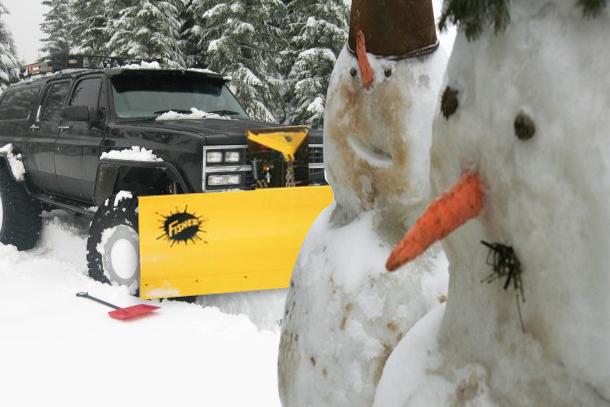