The Most Underrated Arcade Game of the 1980s
By retroguy78
On 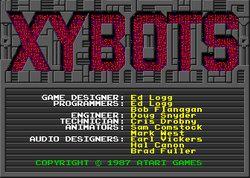 It was an arcade game developed by Atari in 1987. The objective was to move through three dimensional mazes and fight enemy robots known as Xybots and try to battle the Master Xybot. Players could choose either Major Rock Hardy, or Captain Ace Gunn, or both heroes simultaneously to fight the xybots and save mankind. 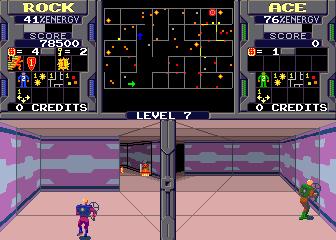 Each player started off with a laser gun and could earn coins, keys to unlock doors, stun guns, more energy, and extra Zap power. At the end of every level, there was an elevator that led to a store in which players could buy more supplies, some of which were permanent while others were only temporary and had to be restocked.
This game takes me way back to my childhood. I was about five years old when I first played it. My grandparents had owned a restaurant and bar at the time that they called “The Cove” near a lake, which they later sold in 1999. I won’t disclose what the name of this Cove was, where it was located, or near which lake for the sake of my grandparents and the town they live in. Whenever I visited my grandparents, I often times went to the Cove with a few relatives and cousins of mine. We could go swimming in the lake, eat at the restaurant, or play video games. The kids were allowed inside the bar, but only to play videogames. None of us were old enough to drink. One of the arcade games there was Xybots. 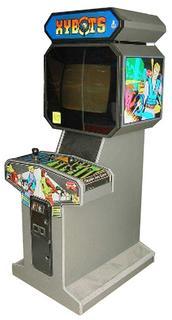 What I remember most about it was the joystick. Not only could you move in all directions, but also you could twist the joystick to turn players 90º to the left or right. This had not been thought of by any other video game industry. It was a violent game, mildly violent, but violent nonetheless because it involved using a gun and destroying things. A lot of today’s video games are too violent and leave little to the imagination.
In 1991, my grandparents’ Cove caught on fire from a cigarette that had not been put out properly before it was thrown in the trashcan. Thankfully, there were deaths or injuries reported. Two years later, the Cove was finally rebuilt. One of items saved from the fire was the Xybots game. It was stored in a garage for several years, which attracted a lot of dust and even a swarm of hornets, which had made a nest inside the machine. I don’t know how the hornets got in there, but their nest was eventually removed and the machine was repaired by 2002. My grandparents put it in their patio near their pool for their grandchildren to play. Whenever I go to their house to visit, the door to the coin slot is always open and anyone can push on a tiny metal coin acceptor and give himself or herself as many or as little credits as he or she wishes. I usually give myself one credit at a time.
I cannot think of any other videogame that had a joystick like Xybots. Whenever I think of that game, I always think of my grandparents’ Cove and the times I used to play it with my cousins. It surprises me a great deal that a sequel was not created. Xybots will always be remembered as the most underrated arcade game of the 80s.
2
Login To Vote!
More Articles From retroguy78 9
Quote O' Matic
Homer: "I wanna set the record straight...I thought the cop was a prostitute. -Homer"
The Simpsons 16
emax4
The Arcade Experiences
Video Arcades from back when I was a young lad.
An unhandled error has occurred. Reload Dismiss