Star Wars CD-ROM's that were AWESOME!
By AntManDoom
On
There are few things I whole-heartedly believe. First, Oprah is actually Zuul, the demigod of pure evil. 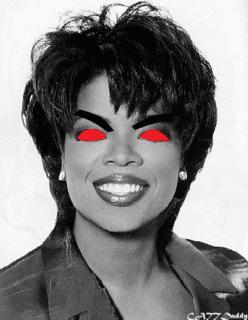 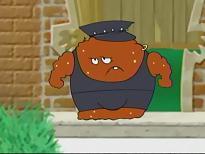 Third, and most relevant to this article, the age old saying that videogame's based on movie franchises are just WRONG! 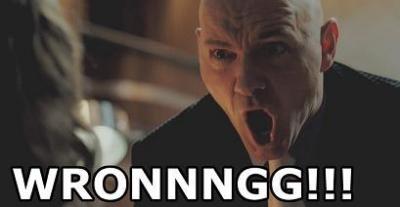 Case in point, LucasArts has released a lot of great games expanding on established universes,(ex. Star Wars, Indiana Jones, etc) and created some awesome gems not based on any previous media which I unfortunately never got around to playing (Monkey Island and Afterlife to name some of the fan favorites). For Christmas in 1996, I received The LucasArts Archives Vol.2: The Star Wars Collection. 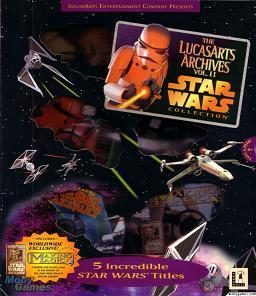 Included in this box was TIE-Fighter: The Collector's Edition, a demo for DarkForces, Rebel Assault, Rebel Assault 2: The Hidden Empire, and a preview disc for the upcoming Special Edition Re-Releases titled Making Magic. I had played Rebel Assault 2 at a friends house previously, but all the other games were brand new to me. We had just purchased our first CD-ROM computer, and aside from the games that came installed with our computer we had nothing in our PC game category.
I installed all of the games, and easily beat Rebel Assault 2. If you haven't played Rebel Assault 2, it's a Star Wars rail-shooter about a Rebel Pilot called Rookie 1. 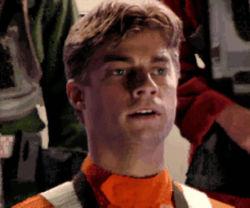 Rookie 1 goes finds himself knee deep in a diabolical plot by the Empire to mass produce the TIE-Phantoms, TIE-Fighters that have stealth technology. On some levels you fly classic Rebel ships, such as the X-Wings, B-Wings, and Y-Wings. Other levels you find yourself engaging in shoot-outs with the Empire's armed forces. You're joined by Ru-Marleen, a fellow pilot who joins you on your mission to steal one of the TIE-Phantoms so the Rebellion can study and adapt the technology. 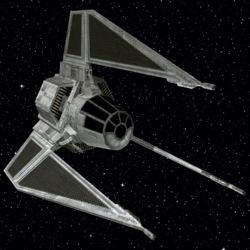 This game had actual live-action cut scenes, which at the time I thought was incredible and very advanced. The game ends with Rookie One and Ru-Marleen escaping the TIE factory, and landing on a Rebel dock. While talking about the applications this new technology can provide for the fledgling Rebellion, the TIE-Phantom initiates a self-destruct sequence, and the technology is lost. I remember being so pissed off at this ending, as I felt all poor Rookie One had risked became pointless with a flash and a boom.

To tell you the absolute truth, I never bothered with the first Rebel Assault past the second stage. I think this was due to the difficulty of the game being too much for me back then, but it was probably because I was hooked on TIE-Fighter: The Collector's Edition. That game was more addicting than heroin for me. I became the Empire's best pilot, starting small in a normal TIE-Fighter, and working my way up to the TIE-Advanced and other flashy ships. I crushed the Rebellion with ease, and sometimes I would become a trader and destroy my wing-men. I even found myself defying Darth Vader himself, and destroying the Emperor's private transport. This ended the mission, but I liked to pretend that I saved the galaxy. 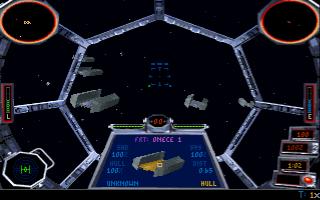 The demo for DarkForces gave me a headache. Luckily it was only two levels long so I endured to lead Rebel Spy Kyle Katarn to the DeathStar plans.

This was technically the first FPS I ever played, as DOOM made a huge fuss in the news and my parents bought into it, and I hadn't heard anything about Duke Nukem, Wolfenstein 3D, or Quake. Aside from the game making me physically sick, I enjoyed it and played the two levels over and over again. Eventually I watched a friend beat the game, learning that it was about Kyle Katarn, a former Imperial-turned Hero-for-Hire working with his friend Jan Ors to take down the Empire's new Stormtrooper Armor; fittingly called the Darktrooper. Along the way, you find yourself running into trouble with Jabba the Hutt, and the most feared Bounty Hunter in the galaxy, Boba Fett. 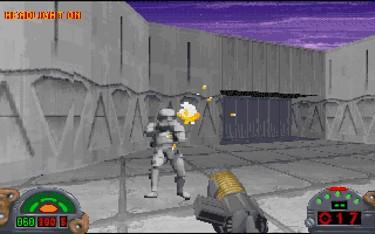 I bought X-Wing vs. Tie-Fighter the day it came out, but unfortunately I got ripped off. The box was missing the Single-Player disc, and we didn't have the required internet to play Multi-player. The store we bought it from went out of business, so it was kind of a lost cause. Whilst reading a videogame magazine, I saw a preview for the upcoming Shadows of The Empire game for Nintendo's new system. 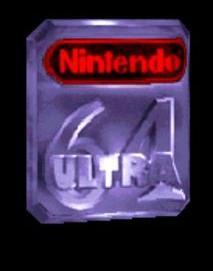 This was during the entire Shadows of the Empire craze that involved the book, toys, comics, miniatures, etc. I totally fell in love with that book, and a new Star Wars game on a new system that was supposed to be Ultra! I spent $32 to rent a brand new Nintendo 64 and the Shadows of the Empire game, and I regretted it. I never really cared for Nintendo 64's graphics, with just a few exceptions. I couldn't get used to the controls, and I didn't get past the first level. Later, however, I found Shadows of the Empire for PC. 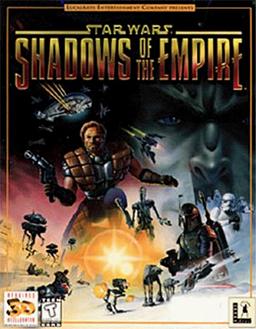 I bought it cheap, and came to enjoy the game. The book took place between The Empire Strikes Back and Return of the Jedi, and involved a new character, Dash Rendar. Dash Rendar was hired by Princess Leia to be Luke's bodyguard after a couple of unsuccessful attempts on Luke's life. The game started Rendar off on Hoth, helping the Rebellion fight back the droves of AT-AT's and Snowtroopers the Empire threw their way. The adventure takes Rendar and his faithful droid, Leebo, from Hoth to Coruscant, fightingthe likes of IG-88, Boba Fett, Jabba's swooptroopers, and Mountain Wampa's before using his ship, The Outrider, to take down the villainous Prince Xizor's Skyhook. The ending had Rendar's ship supposedly blown to pieces, but if you beat it on the hardest difficulty, you'd learn that Rendar had survived and would be featured in future adventures. 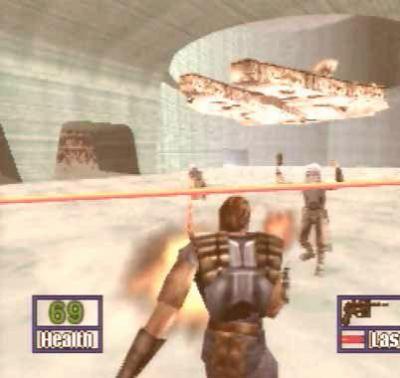 The next game I played obsessively was Dark Forces 2: Jedi Knight. This was the first time where live action cut scenes would feature lightsabers. You'd get to once again play as Kyle Katarn, but this time he was learning the ways of the force with his Father's lightsaber. I remember reading all about this game in all the video game magazines. The long wait seemed like forever; I really wanted to force choke some chump StormTroopers and lightsaber duel some dark Jedi. 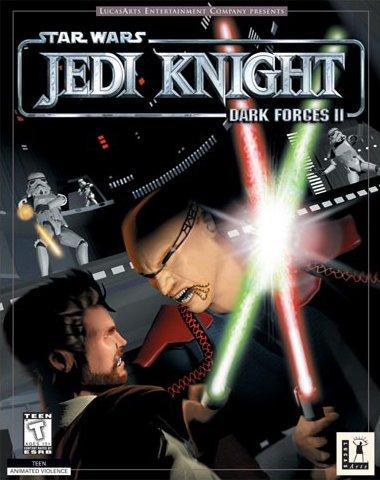 When the game finally came out I had to play it on our crappy computer my family bought way back in 1994. The game barely played, and after the opening cutscene (which was EPIC by the way) the sound would cut off. It didn't matter, I drove through the lag and the annoying lack of sound and finally got to the level where I was awarded a lightsaber...and then the game crashed. I went to the local bookstore with a pen and paper and cleverly jotted down all of the codes I could find from various gamer magazines and the official strategy guide. I still remember one code, it was jediwannabe01. I don't recall what it did, I just know I never forgot it. I used all the codes for unlimited force power, and starting the game with all weapons, including the much loved lightsaber. I would only be able to get a level or two in before the game crashed. It wasn't until many years later when we got a new computer that I could actually enjoy the full game. It was cool, and I liked the story, but then my friend sent me a demo for this... 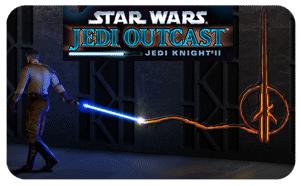 That image was the background for my computer for at least 5 years. I loved this game, but unfortunately I was playing it yet again on an outdated PC. The demo would lag, and freeze, but I knew I'd find a way to play it. Eventually I moved in with my grandparents and convinced them that they needed a computer, and it was also a necessity for my schooling. They bought it, and my friend burnt me a copy of Jedi Knights 2: Jedi Outcast shortly after it came out. I adored this game, and now on occasion I bust it out for my XBox and enjoy a nice blast from the not do distant past. 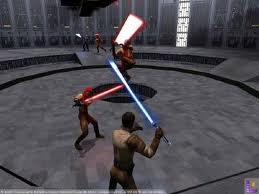 Now that the Playstation 2, XBOX, and Gamecube were out and dominating the market, many video game stores were almost giving away N64 games for free. One of the steals I recall was the original Rogue Squadron. I loved playing X-Wing and Tie-Fighter back on my PC, and I thought it'd be similar. It really wasn't, and I was never very adept at playing the game. I remember having to use cheats, and I didn't care for it too well. 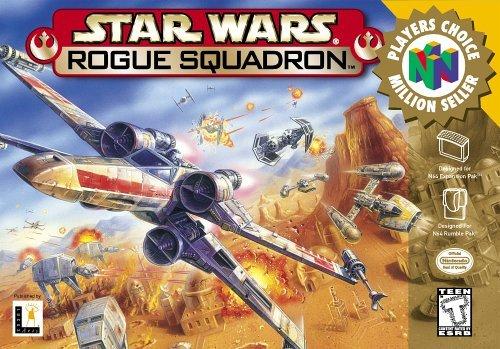 I remember buying Rogue Squadron 3 just so I could get a bonus disc containing the old school Star Wars arcade games. One day I played multiplayer with my friends with the campaign for Rouge Squadron 2, and I fell in love with it. I even ended up buying a used copy just so I could play alone and not bother with having friends over. They were great games, and I wish we'd see games like that for the current generation. 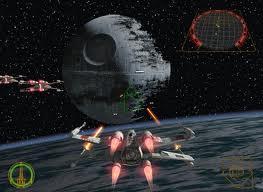 Some of you are probably thinking to yourselves "What about the non-Star Wars games Lucas Arts put out? Don't they get any love?" Well, truth be told, I never played them as a kid. I didn't get introduced to the Monkey Island games well into my adulthood. I knew nothing about Grim Fandango, or Sam and Max until long after my teen years. Star Wars, as you can plainly see, was my thing growing up, and I had very little interest in things that weren't about light sabers and saving princesses with Wookie friends. I like to think that eventually I'll go back and play some of the classics, but right now I'm just too darn busy to get deeply involved.
11
Login To Vote!
More Articles From AntManDoom 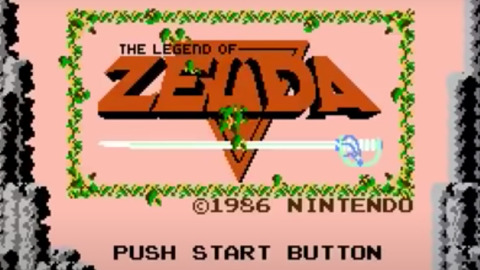 9
Quote O' Matic
Phil: "For your information, Hairdo... there is a major network interested in me."
Larry: "That would be the Home Shopping Network!"
Added By: funguy10
Groundhog Day