A look at the brilliant yet underrated comic series.
By taciturnwes
On
For the record, I’m only a casual viewer of the Lord of the Rings trilogy. While I’ll agree they were all good, albeit long movies, the story and characters never really fully did it for me. In my opinion there’s a much better epic fantasy storyline out there, and has NEVER been adapted into film or television. A highly underrated comic series called Elfquest. 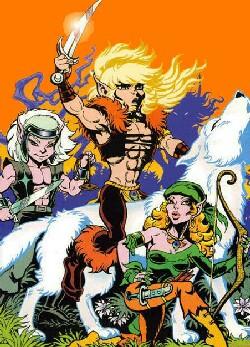 When someone mentions comics most people think Batman, Superman, Spider-Man, X-Men, etc. Basically something in the realm of super heroes. And while those are all good titles, especially X-Men, none of them have had anywhere near the impact of what Elfquest has for me. 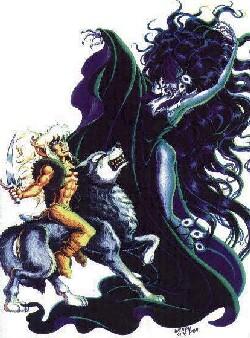 Elfquest was created in 1978 by husband and wife team Richard and Wendy Pini, though it wasn’t until 1992 when I first discovered it. My mom was a fan of the series and at one point started reading them to me and my sister as basically a bedtime story. I was amazed at how engrossing the story was and wanted more and more, then before I knew it she had read us everything that had been released at the time, and then I had to start waiting months at a time for new stories. 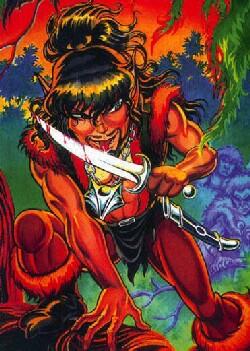 So what’s Elfquest about, you ask? A group of highly-evolved immortal alien life forms known as the High Ones began searching the galaxy for new worlds in a vessel that would later be known as the Palace. During the journey the High Ones evolved to have humanoid characteristics and discovered the World of Two Moons, a planet similar to Earth, inhabited by humans. The High Ones were naturally curious about the planet, as the inhabitants may share ancestral history to them. So they shape changed themselves and other passengers of the vessel to the forms of elves, trolls and winged sprites to better adapt to the world, as well as change the form of the vessel into the shape of a palace. Unfortunately the trolls decided to rebel and caused the Palace to spiral out of control and land far in the primitive past, where the bestial humans didn’t exactly greet with open arms. 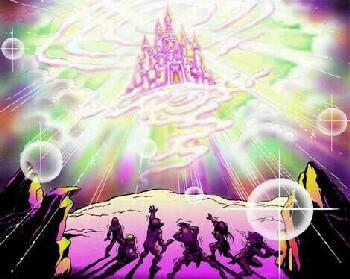 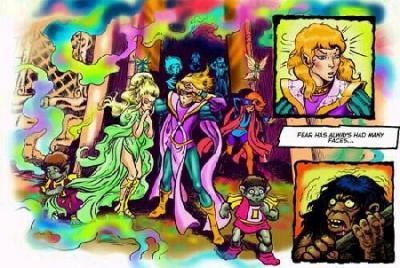 Many of the elves were killed by the humans while the lucky ones instead were exiled into different parts of the world. One group led by High One Timmain took sanctuary in the woods. Timmain then began shape changing herself to the form of a wolf to help efficiently hunt for food to survive. Unfortunately over time the shape changing more and more made her become a wolf and despite the best efforts of her followers they couldn’t help change her back. While she continued to hunt for them she also began congregating with other wolves, and as a result gave birth to a son named Timmorn, a half-elf, half-wolf hybrid and the first chief to a new race of elves called the Wolfriders. 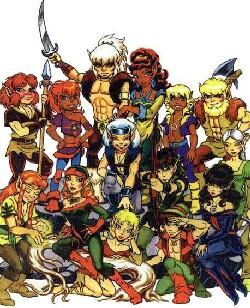 The Wolfriders are similar to the high ones, however are much shorter, have keen animal senses and as a result of the mixed blood are mortal, and only live at most a few thousand years. Several generations after Timmorn were born, which led up to Cutter, Blood of Ten Chiefs. 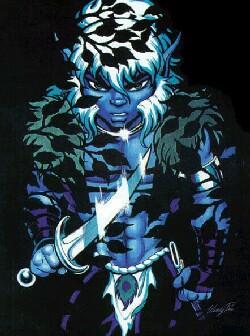 One day a group of humans hell-bent on destroying the Wolfriders decide to set fire to the woods. Narrowly escaping, Cutter and his tribe then embark on a journey to find a new place to call home, and eventually begin locating the other descendants of the high ones scattered across the World of Two Moons. 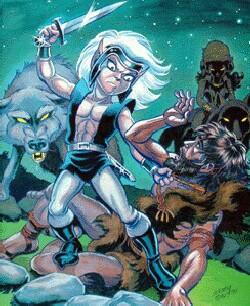 Some fun facts about the elves, they can communicate both through speech, as well as an intimate form of E.S.P. known as “sending”. All elves also have both a spoken name as well as a soul name, a name only shared in the act of Recognition, which is basically a spiritual epiphany simultaneously experienced by two elves that they are meant to conceive new life together, which often leads to them becoming life-mates.

One aspect of Elfquest I should touch on, the artwork is incredible for lack of a better word. Most of the first storylines were completely drawn by co-creator Wendy Pini, and the results are nothing short of spectacular. Her ability to convey emotion so simply, or the amount of detail put into a single panel is downright extraordinary. I’ve attempted drawing various panels from the comic freehand and they literally take me hours to complete. Here’s a few of my favorite pieces she’s done: 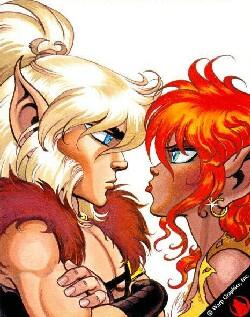 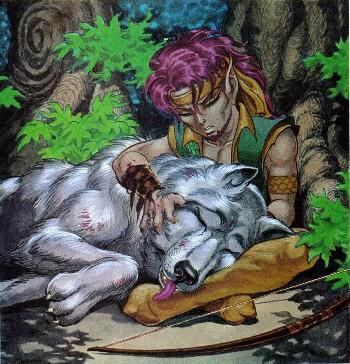 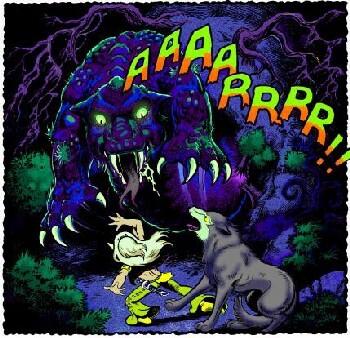 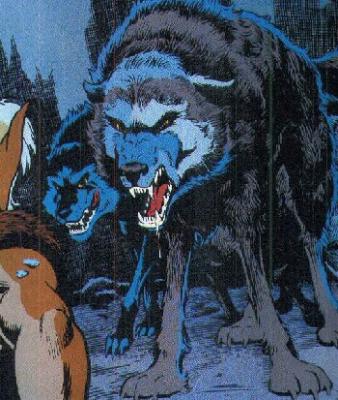 Luckily enough I had the pleasure of meeting the Pini’s back in 1993 during a comic book shop tour and I hope I get the opportunity again soon in the near future since I was only 10 at the time. What I’d truly love more though is for Elfquest to finally make the transition to film and/or television. With the success of the Lord of the Rings trilogy not to mention the onslaught of comic book adaptations, you’d think it would be a prime candidate for the distribution studios to embrace. It should be animated though, I don’t think it would work as well in live action form but that could just be the animation nut in me talking. Here’s hoping it’ll finally happen one day…

All graphics are copyright of Warp Graphics and Elfquest.com
10
Login To Vote!
More Articles From taciturnwes 20
taciturnwes
To Be Continued...
A look back at my favorite cliffhangers.
An unhandled error has occurred. Reload Dismiss