Beneath the Island of Misfit Toys

Part two of the epic island adventure!
By Jason43
On 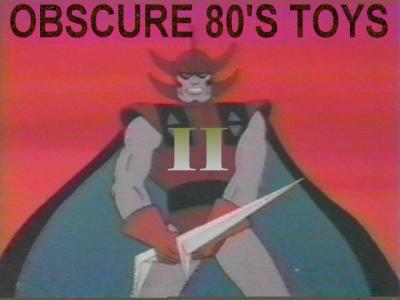 Here we are again, back at the Island of Misfit Toys. While some of these toys were great, some not so great and some where just plain horrible, I know that a good many of you had at least one or two of them. You've probably long since forgotten about them as well, whether it was due to time, or you just decided to push the memory of a crappy toy out of your brain. Or maybe you took one too many acid trips in college. Regardless of the reason, here they are, back again to haunt you for ever forgetting about them. If you haven't already done so, I suggest you go back and read the first Island of Misfit Toys article. You'll have no idea whats going in this one if you don't. Enjoy. 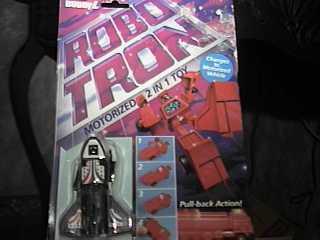 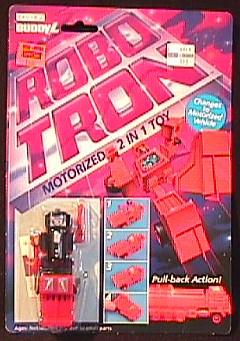 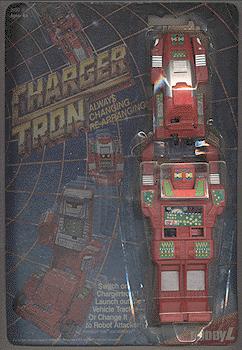 Robo-tron -- The other, other, other transforming robot toy line. Made by Buddy-L about the same time as Transformers and Go-Bots, Robo-tron was definitely one of the lamer attempts in the genre. For all you people that constantly bash Go-Bots for being cheap rip-offs, you ain’t seen nothing yet. The main thing that made these different from the other transforming lines, besides the obvious lameness, was the built in motor that when you pulled the car back, it would shoot across the floor. Is that super cool or what? That’s not to say that the line didn’t have any saving graces. The Charger-Tron pictured above was sort of nifty. If you pressed the silver bar on its chest, a car would shoot out of the front of it and then pop open into a robot. There was a switch on the launcher that could control whether the car stayed as a car, or transformed into a robot. But unfortunately, one semi-nifty toy couldn’t save the toy line. It died a quick death and was forgotten by all soon after. Robo-tron, we hardly knew ya. 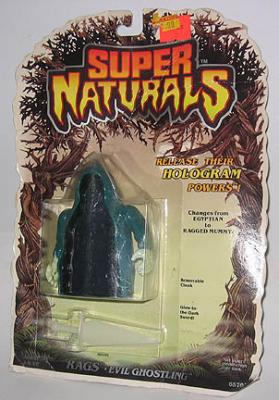 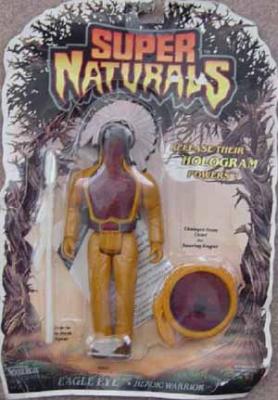 Super Naturals – The best way that I can describe Super Naturals is that they were just like Visionaries, only…well, they were just like Visionaries. Super Naturals were another toy line capitalizing on the 3-D hologram craze at the time, making it a grand total of about 29,435. They did have a nice gimmick built into the hologram. Each figure was meant to have an animal or monster alter ego and the holograms reflected that. Tilt the figure one-way and you would see the figures human face. Tilt it the other way and the hologram would reveal the figures animal counterpart. Each figure also came with a glow-in-the-dark weapon, so you got holograms AND glowing accessories. You’d think that would be cash in the bank, but no. Super Naturals faded away into obscurity not long after its release. Despite its failure, Super Naturals was a very nice toy line. The holograms were great, glowing weapons are always a plus and the figures were of great quality. 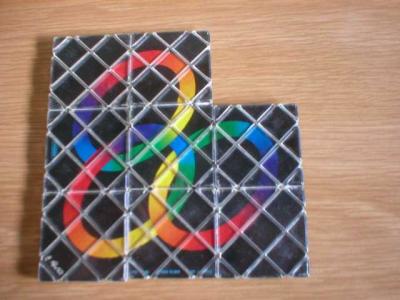 Rubik’s Magic Puzzle – Quite possibly the greatest puzzle toy ever invented. I’m sure everyone here knows what the Rubik’s cube is right? You better. However, most of you probably don’t realize that Mr. Rubik had made a metric shit-ton of other puzzle toys over the last twenty-some years. The Rubik’s Magic Puzzle was a follow-up to the cube and probably his second most famous creation. The puzzle consisted of six tiles, held together with small strands of monofilament line. When you fold the tiles over each other, the line holding it together moves along the grooves on the face of the squares, allowing you to come up with almost any combination of patterns. On one side of the puzzle were three single rings. The object was to flip and fold the squares to make the second design, three linking rings, appear on the other side of the puzzle. It’s not as easy as it sounds. Part of the challenge was also seeing what shapes you could make with the puzzle. Since each tile was not permanently attached to the one beside it, there were an endless number of creations you could make with it. And by endless, I mean about 9 or 10. My description really can’t do it justice. It’s one of those things you have to see to appreciate. And to anyone interested, they’re still sold through the Rubiks website. 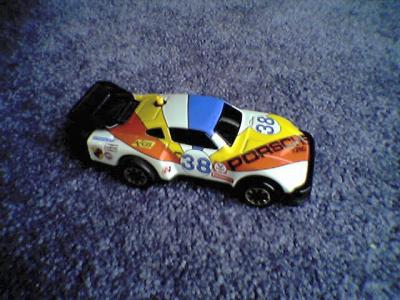 Tonka Clutch Poppers – These were basically just toy cars with friction motors, but with one extra feature: the little yellow button on top. You would rev up the motor by pushing it along the floor, just like any other friction car. Once you wore out you arm by scooting it across the floor a hundred times (the more you revved it, the faster it went), you would press the button on top, engaging the motor. It doesn’t sound like much, but these things were literally the fastest friction powered cars ever made. Mine actually took out chunks of drywall in my parent’s living room. Seriously, they were worthy of a spot in the Guinness book of world records for fastest toy car sold at a K-mart. Anyone who had one knows what I’m talking about. They were also built Tonka tough. With all the high-speed, head-on collisions that mine suffered, it barely even had a paint scratch. If you want to get an idea of these things in action, check the commercial section for the Power Punchers ad. Keep in mind that these scaled down versions of the Clutch Popper were nowhere near as fast as their larger counterpart. 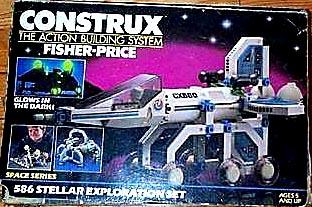 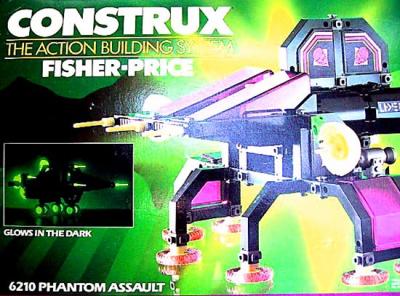 Construx – Introduced by Fisher-Price in 1983, Construx were basically an eighties, plastic adaptation of Erector Sets. There were several styles sold ranging from planes to spaceships to military vehicles. Although there were many variations of Construx toys over the years, the core parts of the set remained the same: plastic beams and square plastic connectors. Each set usually included some kind specialty parts as well, whether it was something simple like wheels and hinges, or something more complex like motors and pulley systems. Although each set was specifically sold to be built into a certain vehicle or play set, there were countless possibilities as to what you could construct. The Construx line ran for about five years, before finally dying off in the late eighties. 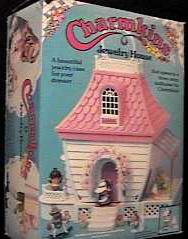 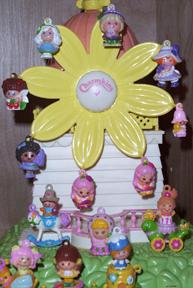 Charmkins – I’ve noticed from the feedback of my articles that there have been a few requests for girls toys. So, here’s a little something for the ladies. Who loves ya? Charmkins were introduced in the mid eighties by Hasbro. They were tiny plastic figures that featured a loop molded into their head so you could attach them to the piece of jewelry that was included with them. Each Charmkin was named after some type of flower and was scented after said flower. The line included several play sets that doubled as jewelry boxes as well as homes for the figures. And I’m starting to feel like a little fairy here, so I’m going to stop talking about Charmkins now. 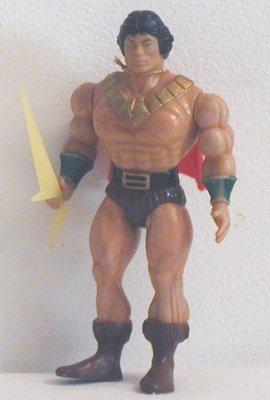 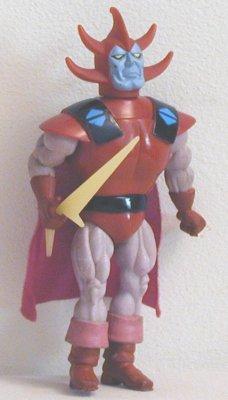 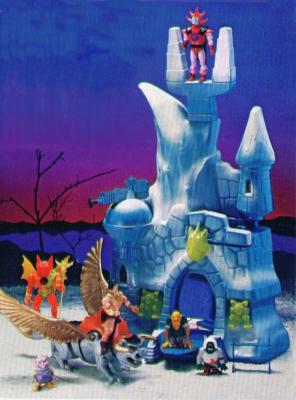 Blackstar – Blackstar was Galoob’s effort to get in on some of that He-Man cash all the kiddies were spending. So much was it a rip-off of He-Man, that Galoob actually marketed it as being compatible with all Masters of the Universe play sets, vehicles and accessories. They may have been thieves, but at least they were honest thieves. The Blackstar line had a play set, several vehicles and a surprisingly large line of figures, each of which was either packaged with a small demon figure, or a small hobbit/gnome thing. Each figure also included a glow-in-the-dark weapon. Despite merely being a rip-off toy line, they were very nice figures. The second wave of figures included the “Laser Light” feature, which was basically a cigarette lighter flint stuffed into the back of the toy. When you spun the little wheel on it’s back, sparks would fly into the figures chest, making it appear to light up. It was also nice to know that you owned a toy that you could light your mom’s oven with.

And thus we rap up another installment of The Island of Misfit Toys. Now go log onto ebay and see how many of them you can buy, you nostalgic fool. You know you want to. Keep an eye open for future tales from the island, as it is filled with hordes of shitty and not so shitty toys forgotten by time.
5
Login To Vote!
More Articles From Jason43