Back in the days the sequel

More of the same...
By CharlesxBronson85
On
Alright, this site has become my new addiction and I work in a cubicle. Needless to say it gives me plenty of time to write articles. So I hope you don't get bored reading them cause I'll keep writing them. It's time to go back in the days again, only we don't need a Delorian to go 88mph, we just need our memory and some pictures along the way. I'll start things off with the coolest group of kids ever to grace a happy meal bag. I'm talking about the Burger King Kids Club... 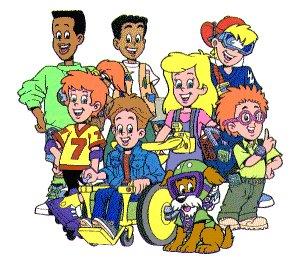 The BK Kids Club consisted of Kid Vid, the unquestionable leader of the group. Then there was Snaps, Wheels, Boomer, I./Q, Lingo, JD the dog and Jaws who bore a striking resemblance to Kwame from Captain Planet. These kids were all over the the tube when we were young. You can find some of there commercials on this site if you just type in Burger King Kids Club. My personal favorite commercial though maybe one some of you guys remember. It was a commercial on the TMNT movies that Burger King gave out in Happy Meals around 1990. The commercial showed a cartoonist drawing the BK Kids Club Kids when all of a sudden they come to life and he gets sucked into the cartoon. If you don't remember it now if you ever come across an old Turtles video from BK I'm sure the memories will come flooding back to you. Actually heres a link, go see for yourselves. http://www.youtube.com/watch?v=u2eauR40EnM

Alright moving on, Saturday morning cartoons were a staple of all our childhoods and growing up my favorite station to tune to was USA. 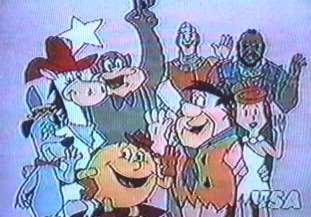 I spent many a Saturday morning sitting in my ALF pajamas eating Kaboom cereal enjoying everything the Cartoon Express had to offer. The lineup used to consist of mostly old Hannah Barbera re runs until the cartoon network bought out the rights. Then the lineup switched to more my style of cartoons. It still had Scooby Doo which is one of the greatest cartoons of all time, but it also had The Real ghostbusters, GI Joe, Denver the Last Dinosaur, The Smurfs, Transformers, and Alvin & The Chipmunks to name a few. That lineup was amazing, I feel bad for the kids of this generation. They have no idea what Saturday morning cartoons are all about.

(Note: I wrote this before the Virtual Boy article went
up so I'm still going to leave it in)

I love video games and this site always shows it's love for the NES. But Nintendo wasn't always perfect, they released probably the worst videogame console of all time. The Virtual Boy... 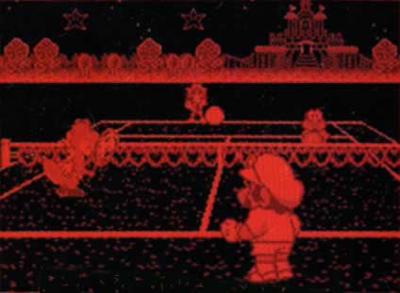 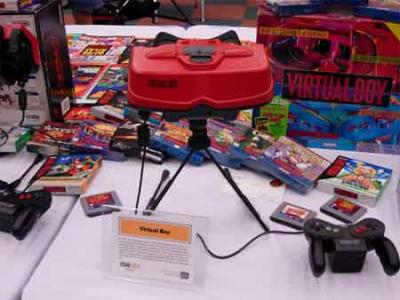 Seriously, just look at that picture of Mario Tennis, given it's time the graphics themselves aren't bad by any means. The problem is straining your eyes enough to be able to see through that horrible red filter. Basically all the Virtual Boy amounted to was a $180 headache and an inevitable trip to the eye doctor if you played it frequently. I remember how jealous I was the day my friend got it, but after playing it once I knew I wasn't missing out on anything. He felt the same way and sold it to Funcoland like two weeks after buying it. The idea sounded good on paper anyway, to bad it sucked...

For me the worst part of a sick day was always day time TV. With few exceptions it was just a horrible block of television for a nine year old. That was up until around 1994 when Stick Stickley began hosting Nick in the afternoon. 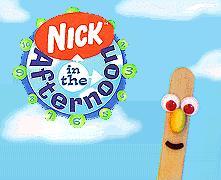 Now Stick Stickley was a unique host to say the least. It was his block of shows that was the real reason to watch though. Back then my favorite show in the world was Are You Afraid Of The Dark and up until Nick in the afternoon came along the only time that show was on was during Snick. Besides Are You Afraid Of The Dark they also played The Adventures Of Pete & Pete, Ren & Stimpy, Salute Your Shorts, Hey Dude, Guts, Inspector Gadget, Doug and many other great shows. I remember how they decided on which show you got to see, by spinning him on a Wheel Of Fortune type wheel with all the days options for shows to watch. I would get so annoyed when He didn't land on Are You Afraid Of The Dark, but really how mad can ya get when forced to watch Pete & Pete instead?

Alright we'll wrap this one up with yet another videogame relic from our past. The Tiger handheld videogames. 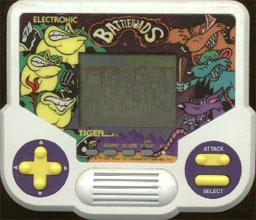 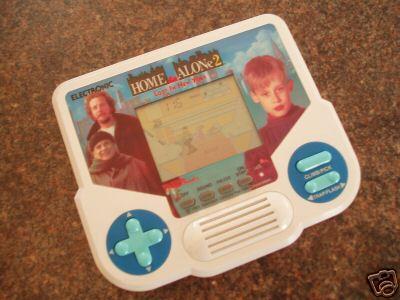 These came out right around the time the original Gameboy came out, but they were obviously much cheaper. Which is why they lasted as long as they did. Growing up I had a NES and a Genesis but my mom never got me a gameboy. I did however have an abundance of Tiger handhelds. I would play these things all the time, during recess I would opt to find a shaded tree and play Double Dragon over normal recess activities, problem with the shade was the screen was dark so it made it hard to see at times. You also ran into that problem in the sunlight because of the glare. So basically if you could find the right lighting a good time was to be had with these little videogames.
31
Login To Vote!
More Articles From CharlesxBronson85

27
CharlesxBronson85
Back in the days
Nostalgia for anyone who grew up in the late 80's/early 90's. 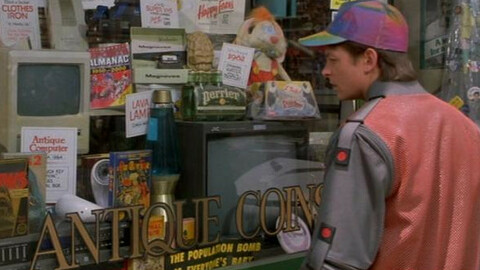 13
Keiichi77
A Look Back at Disney Video Games
The best and worst of classic Digital Disney
More Articles
An unhandled error has occurred. Reload Dismiss