This article is a tribute to one of my all-time favorite actors, Thurl Ravenscroft.
By dalmatianlover
On 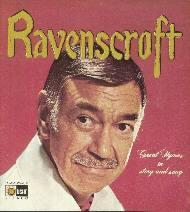 Thurl Ravenscroft was a very tallented actor. For those of you who don't know, Thurl Ravenscroft is one of the most famous voice tallents of all time. He's most known for his deep booming voice. He can be heard in various movies, featurettes, songs and attractions. It is now May 22, 2007. Today marks the 2-year anniversary of his death, so I thought it would be a good idea to write an article about him. 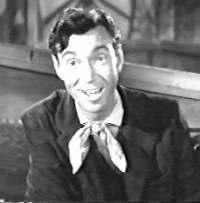 Thurl Ravenscroft was born on February 6, 1914. Those of you who know about him may find this hard to believe, but he started his acting/singing career when he was in his mid-twenties. 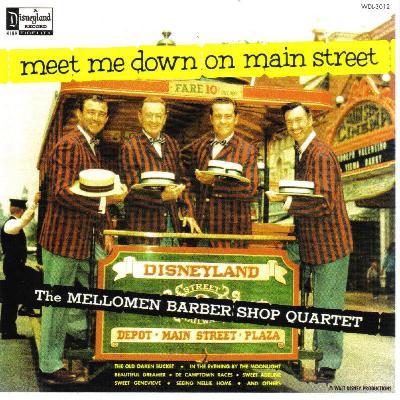 During the 1940's, 1950's and 1960's, Thurl was the bass singer of the barber shop quartet known as the Mellomen. The quartet was founded by Thurl himself and baritone, Bill Lee in 1948. The Mellomen have performed in various films and have performed on Main Street U.S.A. at Disneyland. 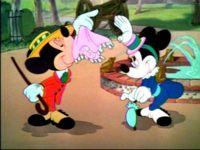 One of Thurl's earliest works was on the 1941 Mickey Mouse featurette, "The Nifty Nineties". He sang with another barber shop quartet in this feature and performed the songs, "While Strolling Through the Park One Day", "Father Dear Father" and "In the Good Old Summertime". If you listen carefully, you could hear Thurl's deep voice within the quartet, but he does get a solo in the first song. 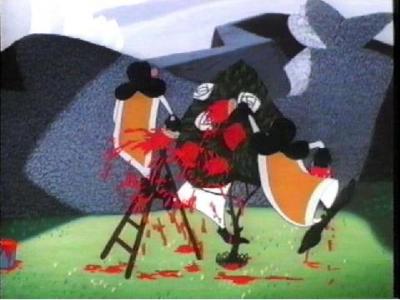 During the 1940's and 1950's, Thurl's voice appeared in numerous Disney movies and Disney featurettes. Some of which included "Dumbo", "Make Mine Music", "Alice in Wonderland", "Peter Pan" and "Lady and the Tramp". 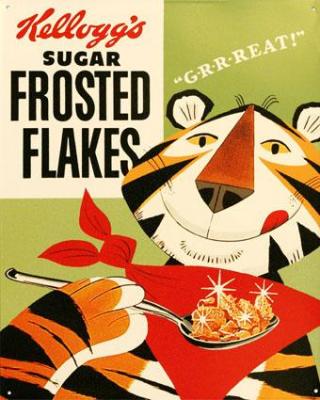 In 1952, Frosted Flakes were introduced. This is when Thurl's most famous character voice was introduced: Tony the Tiger. He's been doing Tony's voice, uttering the ceral slogan, "They're Grrrreat!" from that day until the day he died. 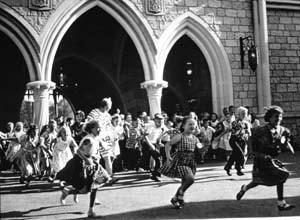 Thurl Ravenscroft was also at Disneyland on its opening day on July 17, 1955. I have a DVD that had the very TV special of the park's opening day. If you have that DVD, then you know the guy who rode in on the horse and yelled out, "OPEN THE FANTASYLAND GATES...IN THE NAME OF THE CHILDREN OF THE WORLD!"? Believe it or not, that was Thurl Ravenscroft! I'm not joking! I am dead serious! It says so on his filmography that he did it! 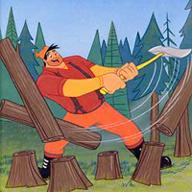 The 1958 Disney featurette of Paul Bunyan also had Thurl's participation. He provided the voice of the title character. 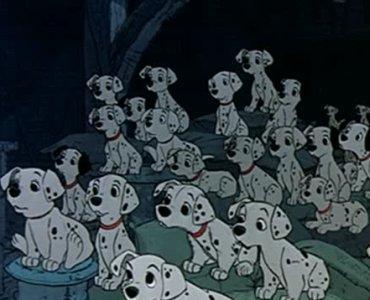 There were a few Disney films in the 1960's that Thurl worked on. He did the voice of Captain in 101 Dalmatians, one of the tournament knights in The Sword and the Stone and the sound of Andrew's whimper in Mary Poppins. Not to mention that in the 1961 featurette, "Donald Duck and the Wheel", he provided the voice of the Spirit of Progress. 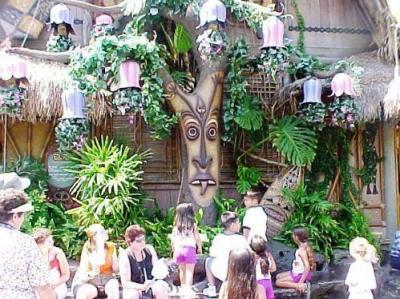 Now let's talk about some Disneyland attractions he can be heard on. He's probably most known for being the narrator on the Disneyland Railroad. He was also the voice of Tangarua and Fritz from the Enchanted Tiki Room. He also did the voice of Buff the buffalo from the now-extinct Country Bear Jamboree shows.

Thurl Ravenscroft is often mistaken for the actor, Paul Frees. The reasoning behind that is, Thurl sang the lead vocals for the song, "Grim Grinning Ghosts" on the 1969 Disneyland attraction, The Haunted Mansion, but Paul Frees was the narrator of the attraction. Just to straighten up the confusion, just remember, think of Thurl Ravenscroft when you think of Tony the Tiger, but think of Paul Frees when you think of Ludwig Von Drake. 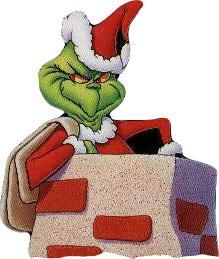 In 1966, Thurl's most famous song of all time was introduced. In the Christmas TV special, "Dr. Suess' How the Grinch Stole Christmas", Thurl sang the song, "You're a Mean One, Mr. Grinch." This brings up another actor that Thurl is often mistaken for, Boris Karloff. Boris Karloff was the narrator of this special, and he provided the voice of the Grinch. Ravenscroft was accidently uncredited for his role in the feature while Karloff was credited. 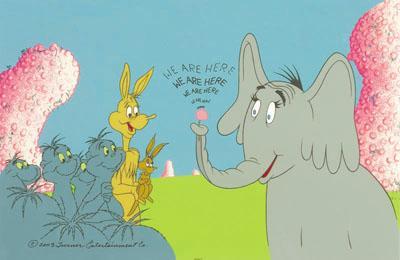 Speaking of Dr. Suess, Thurl Ravenscroft also worked on a lot of the classic Dr. Suess cartoon features. He can be heard in "The Cat in the Hat" and "Horton Hears a Who". If you watch any of the Dr. Suess classics, you may very likely hear Thurl Ravenscroft's voice. 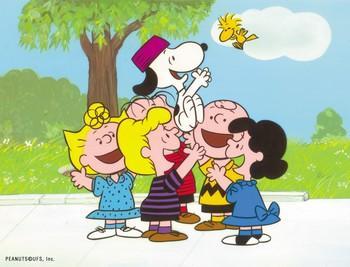 Another one of Thurl's most famous songs is on the 1972 Peanuts cartoon, "Snoopy Come Home". He was a featured vocalist who sang the song, "No Dogs Allowed". It's a recurring song in the movie, so you'll hear him plenty of times in the movie. 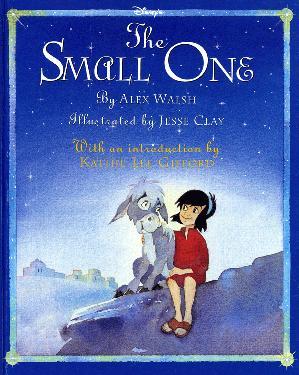 The first film that Don Bluth produced and directed was the 1978 Disney featurette, "The Small One". This was before he started making full-length films under his name. What does this have to do with Thurl Ravenscroft? Well, he was featured in this film, of course! He made a brief cameo as the voice of the potter. I actually remember, one time I was watching this film with my family, and when his speaking part came up, my dad actually jumped up and said that it was Paul Frees! Being a fan of Ravenscroft, I corrected him. See? He is easily mistaken for Paul Frees. 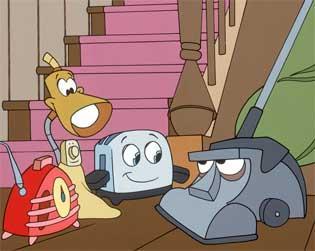 Thurl's career didn't end yet. In the 1987 movie, "The Brave Little Toaster", he did the voice of Kirby, the grumpy vaccum cleaner. Yes, I know, I wrote an article claiming that this was one of the 10 worst movies I've ever seen, but I had to mention this movie for the sake of Ravenscroft's talent. Believe it or not, he also provided Kirby's voice in the other two "Brave Little Toaster" movies in the late 90's. 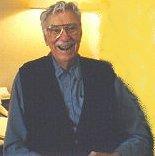 In 1999, Thurl Ravenscroft officially retired. Even though he did retire, someone still had to voice Tony the Tiger for the time being. He died at the age of 91 in his home in Fullerton, California on May 22, 2005 from prostate cancer. 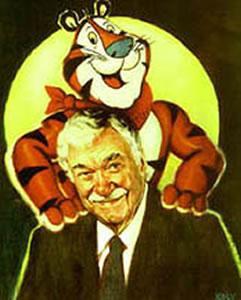 Thurl Ravenscroft may be gone now, but the spirit in his voice will live on forever. I happen to be a bass singer myself, and that's why he's one of my idols. Who knows? I might end up being the next Thurl Ravenscroft! Well, I hope you all enjoyed reading this article, and I give special thanks to anyone else who appreciates this great man.
18
Login To Vote!
More Articles From dalmatianlover

17
Quote O' Matic
Sandy Schklair: "[from trailer] Why is he having sex with her bellybutton? He knows where her vagina is, right?"
Added By: Clint_Olson
The Disaster Artist
Related Articles

-33
dalmatianlover
Special Article Review
A special recap of all my past Retrojunk articles.
An unhandled error has occurred. Reload Dismiss