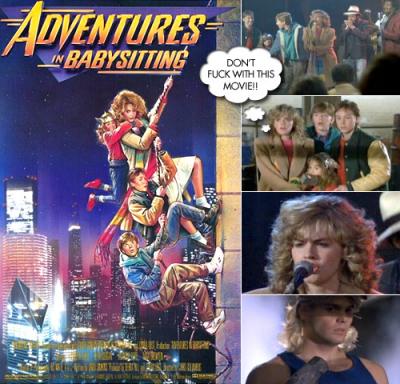 As I stare into my computer screen while my gauze infested mouth recovers from the removal of wisdom teeth I ponder what it takes to look after someone as well, as where the fun lies in the act of babysitting. I quickly realize that over the course of the past two nights I already knew that there can be extraordinary fun in babysitting. During the late hours of the past two evenings, I revisited two of my favorite comedies of all time and interestingly enough they both contained a very specific element in their plots: babysitting. I began the first night off by seeing a familiar face that I had seen in "The Karate Kid" just a few days prior. The Elisabeth Shue starring film "Adventures in Babysitting" entered theaters on July 1, 1987 and had the strong supporting cast of Penelope Ann Miller, Anthony Rapp, Maia and Keith Coogan (who played Sara and Brad Anderson). The plot to the film was remarkably true to its title, which has Chris Parker (Elisabeth Shue) agreeing to babysit for the Anderson's until her desperate best friend calls her from a Chicago bus station pleading to come pick her up after a failed runaway attempt. Chris makes the decision to take the Anderson siblings as well as Brad's best friend Daryl (Anthony Rapp) from the safe suburbs into the city world to retrieve her friend. Eventually, after a tire blows out on their vehicle a series of comical adventures follow including a gang fight on a train, detainment by a car theft ring and an entertaining singing act in a blues club. This films has always been special to me for many reasons and interestingly enough the main reason has nothing to do with Elisabeth Shue's looks. From the opening titles where Elisabeth Shue is seen dancing and lip synching to The Crystals' "Then He Kissed Me", I am always graced with a smile and reminder of how much fun I am in store for. The comedy and chemistry between the cast makes the film a joy for anyone who has never seen it before. I often feel that when I am in conversations about 80s films, I never seem to see anyone mention "Adventures in Babysitting". It truly pains me because for someone, such as myself, who hails this film as a classic and listens to people never make mention of it shows me two things: their missing out incredibly and their stupidity. Perhaps I'm being harsh but in all honesty I often feel with certain films, if people have not seen them, especially this one, there must be something rotten in Denmark. 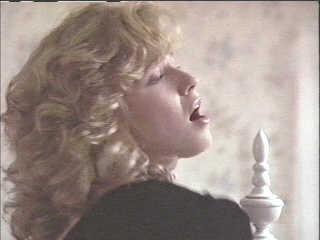 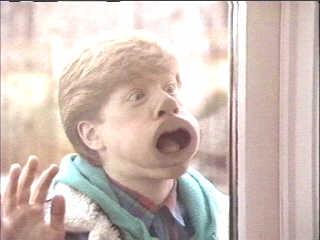 Regardless, the film has always been special to me for numerous reason. "Adventures in Babysitting" told a fun, comical story that was always escalating the fun and excitement as the story progressed. As you watch the film, your subconsciously saying to yourself "Jeez... what else could possibly happen to them?" and sure enough the cast manages to find themselves in more chaos then before. It's a solid story in the vein that whatever bad could happen, would happen and fortunately for us we were left laughing hysterically at the performances. Although, each cast member brought a remarkable amount of comedy to the film, it is Brad's best friend Daryl who is the constant scene stealer of the film. Daryl's hilarious lines, constant use of the phrase: "Ya think?" and his facial gestures as well as his laugh is sure to keep anyone cracking up. Personally, I find myself rewinding the scene where Chris tells the kids a chilling babysitter story on the drive to the city and Daryl can be seen making mocking motions with his tongue and teeth to Brad. I can't seem to watch this movie without rewatching that scenes close to 3 times before proceeding on. In addition, this film has always been highly regarded by me due to its successful portrayal of capturing the fun spirit of the 1980s. 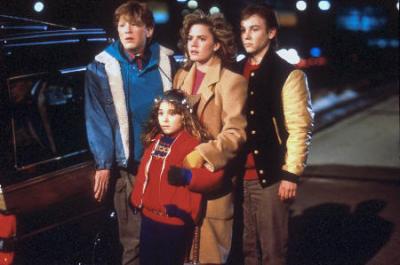 "Adventures in Babysitting" is a playful film with mostly innocent humor that really allows me to view the film, appreciate it and be able to say at the end credits: "Now that's a quality film from the 80s". It's the biggest shame because I certainly feel that ever since the 80s ended, the film industry has had a difficult time in capturing the spirit that these movies captured. Unfortunately, to them there answer to "recapturing the spirit" is by remaking many films that do not require it. Sadly, at the time of this writing a "re-imaging" of "Adventures in Babysitting" is already in the cards. I rest my case. Furthermore, "Adventures in Babysitting" is one of those films that I keep close to my heart and one of the ingredients that never allow me to grow up. For as many films and television series that apply the act of babysitting, none matched the adventure and fantastic humor that was offered in the summer of 1987... At least until 1991. 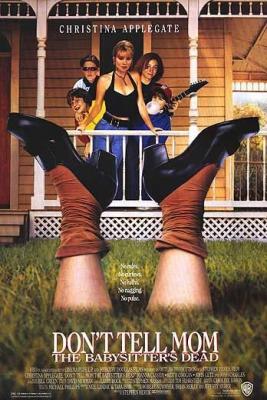 Nearly 4 years later in June of 1991, a film made its way into theaters with a very interesting and unique premise. Mom goes away on a 2 month summer vacation to Australia leaving her 5 children in the care of an elderly woman, when the woman dies, the oldest 17 year old daughter of the family takes charge of the household to allow her and her siblings the freedom of no parental control. "Don't Tell Mom the Babysitter's Dead" starred a then bushy eyebrowed Christina Applegate, Joanna Cassidy, as well as Danielle Harris, Christopher Pettiet, Robert Hy Gorman and Keith Coogan as Applegate's siblings. From the unexpected animated intro to the film, I knew the next 102 minutes were sure to be entertaining. Being born in 1987, I happened to see this film many years before I was introduced to "Adventures in Babysitting" although I regard both of these films as pure entertaining equals. There are many ingredients in the two films that have made me hold them so high, the most obvious one being that the plots both revolve around babysitting which, after watching these two films, it is understandable to see the wackiness that ensues with it. 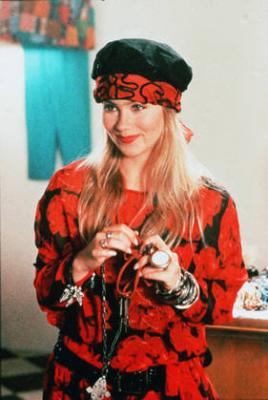 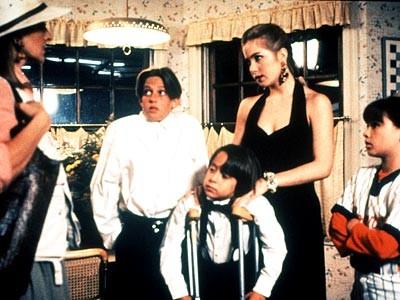 Furthermore, other ingredients that attracted me to this film was the appearance of Keith Coogan again. This time, Coogan played Christina Applegate's younger, metal head brother Kenny Crandell. The hilarity that poured out of Coogan's role is what makes you laugh in many scenes as well as his constant usage of the phrase: "or some shit like that". After watching "Adventures in Babysitting" and "Don't Tell Mom the Babysitter's Dead" back to back recently, I found odd similarities in each of them. For instance, the obvious coincidental casting of Keith Coogan in both films, the usage of oldies tunes to introduce romance (The Crystals' "Then He Kissed Me" in "Adventures in Babysitting" and Timothy B. Schmit's cover of "I Only Have Eyes For You" in "Don't Tell Mom the Babysitter's Dead" ) and the reoccurring use of catchphrases (Daryl's "ya think?" and Kenny's "or some shit like that"). My love for "Don't Tell Mom the Babysitter's Dead" has spanned nearly 20 years and still to this day, I laugh at it as hard as I did the first time. My obsession with using quotes such as "I'm right on top of that Rose" and "dishes are done man!" can be easily traced back to this wonderful film. I am forever grateful to have been introduced to these two wonderful films that enlightened me to take another look at the job of babysitting. Who would have known that so much hilarity could come from one of the oldest duties in the world? In closing, to fully recover from my recent oral surgery, I should most likely continue taking my penicillin and lay down... or some shit like that. 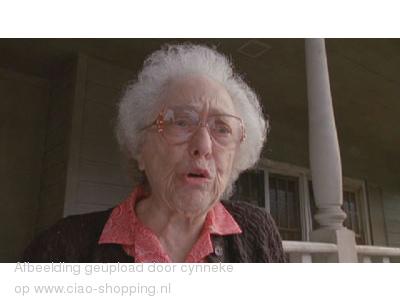 25
Quote O' Matic
Al: "I think one of these days, you're going to run out of flannel jokes."
Tim: "I don't think so, Al. Not with my "Complete Flannel Joke Book". [Tim pulls out a heavy dictionary-sized hardcover book labelled "The Complete Flannel Joke Book" from behind a prop and opens it]"
Tim: "Why did the flannel cross the road? 'Cause Al was over there!" "Oh waiter, there's a fly in my flannel!" "Please... take my flannel! [Al snatches the book from Tim]"
Tim: "Then there's your handy wallet-sized version! [Tim pulls a tiny hardcover book of the same color out of his pocket]"
Tim: "How do you keep an idiot wearing flannel in suspense? [Al snatches the second book]"
Tim: "See you tomorrow!"
Added By: System
Home Improvement
An unhandled error has occurred. Reload Dismiss