A Talk With Martha Davis

My newest interview is with the lead singer of The Motels.
By Caps_2-0
On
The Motels are one of my favorite music groups. Their sound has ranged far and wide over the course of the past several decades, and the woman at the head of it all is Martha Davis. 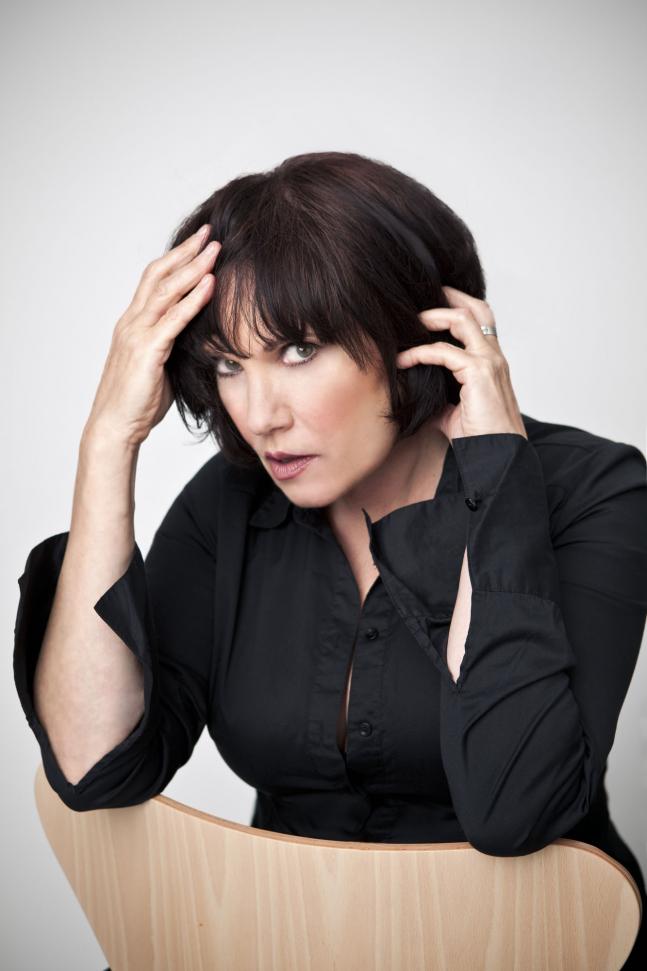 I first heard The Motels on VH1 Classic. The song was "Shame", and almost immediately, I was enraptured by Davis' style and voice. Subsequently, I discovered songs like "Only The Lonely" and "Take The L"...Songs that spoke of how troubled our relationships to each other can be.

I wrote about her in my 2008 article "Some Of My Fave 80s Women", and now I've done an interview with her.
Lovers of retro music are in for a treat.

The RetroJunk Interview with Martha Davis!

Martha: I'm sure I have been influenced by pop culture, but I have always been a bit of a renegade. I much prefer to come up with something outside the norm that is unique to me. To this day I find fashion and trends rather silly. There are brilliant artists and designers, but everybody doing the same thing at the same time seems mindless.

Martha: I was a painfully shy kid in school, absolutely no confidence, I always felt a little out of place. When I hit Jr. high I fell in with the 'bad' kids, greasers, hoodlums, delinquents, what ever you want to call them. I assumed the look, ratted hair, short tight skirts, your basic AMY WINEHOUSE. By the 9th grade I was pregnant and left school, so I don't really have as many "school days" as most. I can't say I had a good time at school, but paradoxically I have always loved learning, especially science and literature and of course music. Like most things in my life they have been self taught.

Martha: The easy answer is DAVID BOWIE, the deeper issues I think involved escaping reality and at the same time being accepted. I know it sounds rather contradictory but within each song I found ways to act out emotions that I was not comfortable with in real life...anger, sorrow, melancholy, even love. At the same time I was now in a group, and a band is very much like a family so there is a sense of belonging. Add to that performing where total strangers would become engaged even enamored with the performance which instilled a confidence I'd never felt before. Bottom line is music has been highly therapeutic for me, not to mention an incredibly awesome journey

Martha: In Florida, where I was an Air Force wife, (age 15) I would work from 6 am to 6 pm babysitting two children and house keeping for $3.00 a day, and taking in laundry at $.10 a piece. I worked in restaurants, tee shirt stores, did painting, worked making musical electronics, pedals and small amps for the oh so talented Craig Anderton. I basically did anything I could to keep my daughters and myself alive.

Caps: Who were your influences musically?

Martha: At age 11 I fell in love with musicals, (before that it was mainly classical). When I was 12, or 13, I was crazy for soul music, "FOUR TOPS", "SUPREMES", WILSON PICKETT, SAM COOKE, that ilk. There was a brief folk singer period, BUFFY SAINT MARIE, ODETTA. Then when I was about 19 I fell hard for Mr. DAVID BOWIE. I loved the stuff from England, "ROXY MUSIC", BRIAN ENO, etc. I guess I was pretty taken by the experimental glam stuff.

Caps: What were your early gigs with The Motels like? What was the wildest show you put on?

Martha: The early gigs were crazy, and perhaps the craziest one was the first one... It was Halloween night in San Francisco, 1971. We, "THE WARFIELD FOXES", (an early incarnation of the "MOTELS") were playing this crazy artist commune, warehouse thing. There were a lot of bands and no real structure that I can remember. I was terrified and didn't want to go on, then someone said if we didn't go on right then we would lose our place. Then and there I snapped, a different person entered my body and she was going on Dammit!! We got on stage and I just remember while doing the songs I became a completely different person, down on my knees, staring people in the eyes, strutting across the stage. Then the song would end and I'd revert back to the shy frightened girl. It was a shocking experience for me, almost as shocking as the naked man painted blue dancing in front of me. It was a very good night!

Caps: What advice do you have to offer singers and groups looking for a deal with a major label?

Martha: It's very hard to give advice about deals today, the field has changed so much in the last few years. In a lot of ways major labels may not be your friends. The structures of the new deals involve giving a lot away including publishing and even merchandise at times. I think now more than ever it's up to the artist to be uber creative, you have to be distinctive and you have to work your ass off!!... (by the way, that's always been the case.) Two pieces of advice I got when I first got in the biz, get a good lawyer and hold on to your publishing! Still good advice.


Caps: What was the inspiration behind the lyrics for "Only The Lonely"?

Martha: Only the Lonely was one of those songs that was just there when I picked up my guitar. It was just there, lyrics, chords arrangement, just waiting for me. My job was to transcribe. I will probably never be 100% sure of the emotion that manifested its spontaneous arrival. I think in hind sight it had to do a lot with 'living the dream'.... being signed to a label, touring, driving around in limos, performing in foreign countries, and at the same time feeling very unhappy and lost.

Caps: The video for OTL was gorgeous. I saw elements of Edward Hopper's paintings and nightclub scenes from movies of the 30s in that video. Did you have any other ideas for the video?
Martha: I think the video of "Only the Lonely" came out beautifully. I had the pleasure of working with the great Russell Mulcahy, (famous for his "Duran Duran" videos and much more) Russell and I collaborated on concepts ( the bar is actually inspired by "The Shining") We had a blast making both "Only the Lonely" and "Take the L" . That was back in the early days of videos when you were basically flying by the seat of your pants; showing up at sets early enough to go out and do casting in the streets, doing shit no one had ever seen before. I'm not sure, but I think Russell was responsible for the first beer thrown into the TV set causing it to explode.

Caps: The comic book formatting of the video for "Take The L" was a novel idea. Something that's gained popularity on the Internet in recent years is the "literal video", where classic music videos are made fun of because of the disparity between the lyrics and the video. Do you get nervous that somebody might do that to this video?

Caps: The Motels appeared on "Saturday Night Live" in 1984. I myself enjoy what I've seen of the 1980-1985 seasons, but many people don't care for that period in SNL's history. What was it like appearing on SNL?

Martha: Doing live television is just what it seems like it'd be.... nerve racking as hell! I mean it's live, anything can go wrong, thank God it didn't!! It was great to be introduced by Michael Palin's mom.

Caps: The Motels" recorded the song "In The Jungle" for the movie "Teachers". This was a United Artists title, and as such, you were working with MGM. What was it like working on a song for a studio in turmoil?

Martha: To be perfectly honest I had know idea they were in turmoil.

Caps: You worked with David Fincher on the video for "Shame". Considering the movies he would go on to direct, including "Se7en" and "Fight Club", do you think he may have done the video differently had this been in 2010 instead of 1985?

Martha: I'm sure things would be different if David and I worked together today. Once again I have to stress how lucky I have been in terms of who I have had the honor to work with over the years. David is and always has been a brilliant director. I knew from the first meeting we had his visual sense was way over the top. Lets see, if David and I worked together today, I'm thinking it might be kinda dark, but very cool!

Caps: If someone were to make a video for YouTube that set scenes from the Diane Lane movie "Untraceable" to The Motels' song "Shock", what would you think of it?

Martha: Much as I love Diane Lane, I don't know that movie, my bad. I'll have to discover it and get back to you.

Caps: A used copy of "Policy" can run you almost 47 dollars on Amazon. Is there any chance that we'll see it re-released?

Martha: You know Capitol has never released the whole "Motels" catalogue let alone the solo album, so I have know idea what they might do. It would be nice someday to see it all out.... box set???

Caps: If I were to look in your CD collection, which 5 artists would I be most surprised to find?

Caps: If you could work with any 5 artists, who would they be?

Caps: What was the wildest entertainment industry party you went to?

Martha: Something so glamorous and spectacular, so decadent and indulgent that I have no memory of it at all.... there must have been one?

Caps: I thought you looked great back in the 80s, but many look back on the 80s now with a mixture of mockery and revulsion at how they looked. What do you think of your 80s style?

Martha: My eighty's style was a lot about the 1930's, 1940's and I do still love that era. There was definitely some bad hair and crazy get ups, but hell it was all fun.

Caps: If you could go back to your youth with the knowledge you have now, would you do anything differently?

Martha: I have knowledge now??? 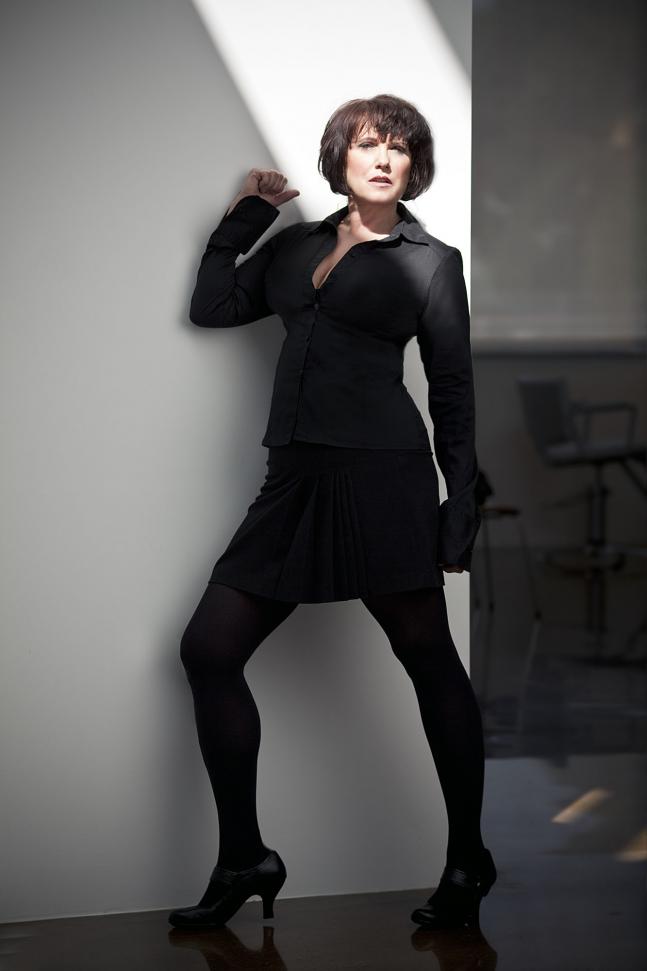 For your viewing and listening pleasure, here are some YouTube links to several videos by The Motels: 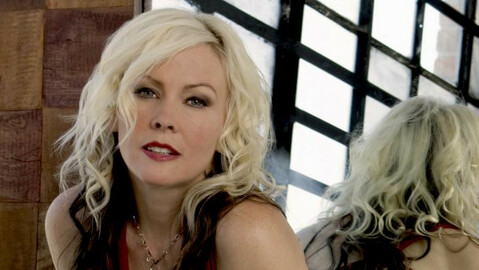 22
Caps_2-0
A Talk With Terri Nunn
My newest interview is with the lovely lead singer of Berlin...

4
MrTron
The Death of Owen Hart
Mr. Tron takes a look back at May 23rd of 1999, when Owen Hart passed away.
An unhandled error has occurred. Reload Dismiss