Power Rangers!
By Eek
On
You are now reading part one of Clever Pants' very first feature, Mighty Morphin Power Rangers: Super Special Feature +. The "plus" stands for quantity.

I thought I'd kick things off with a little retrospective on the series, so without further ado, let's begin.

If you were a kid back in the early '90s, you probably spent your Saturday mornings like I did: glued to the idiot box watching shows like Teenage Mutant Ninja Turtles, X-Men, The Real Ghostbusters and, if you were lucky, Adventures of Sonic the Hedgehog. But there was one show that came along in 1993 that totally blew everything else away. That show was Mighty Morphin Power Rangers, and it was awesome.

For the uninitiated and stupid, MMPR was about a group of high school students with attitude who became tasked by a giant floating head and his robotic love slave-- err, assistant to save the world from an evil, interstellar hobo/sorceress who woke up after 10,000 years in a space dumpster. I shit you not. This is all real. 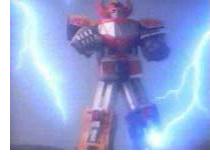 The teens are given special powers drawn from the dinosaurs -- granted, only two out of them were actual dinos -- which allow them to morph into the Power Rangers: an elite team of super heroes with sweet, colour-coded costumes and matching robotic vehicles called Dinozords. In times of peril, these Zords could be fused together and transformed into the Megazord, which could be used to kick all kinds of ass.

Here's a brief rundown on each of the original five Rangers: 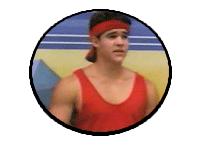 Jason Lee Scott
(Austin St. John)
The Red Power Ranger and leader of the team, Jason's powers come from the Tyrannosaurus. He's an expert in martial arts and making others feel inadequate about themselves. Seriously, just look at those biceps. 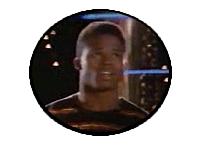 Zack Taylor
(Walter Emanuel Jones)
Zack is the stereotypical black character Black Ranger and second in command. He has the power of the Mastodon and fights using a combination of martial arts and hip-hop dancing, which he calls "hip-hop-kido."

There was a big controversy that you'll hear about to this day about the Black Ranger being played by an African-American. I personally didn't give a shit, but then again, I was only six at the time.
Fun Fact: In grade two, I was the Black Ranger for Halloween and always when we played Power Rangers during recess. 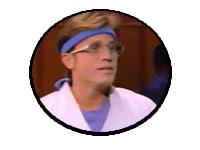 Billy Cranston
(David Yost)
Billy is the Blue Ranger and holds the Triceratops power (the only other true dinosaur besides Tyrannosaurus). He's the tech-geek of the group and is responsible for creating the communication/teleportation watches they all wear. 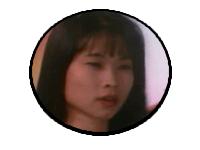 Trini Kwan
(Thuy Trang)
There isn't much to say about the Yellow Ranger. She's pretty boring and is commonly referred to as "the other female Ranger." Maybe it was just because I grew up in an area completely devoid of Asians, so none of us knew what to think of her. She was that strange looking foreign girl that everyone was too afraid to talk to. 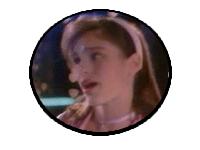 Kimberly Ann Hart
(Amy Jo Johnson)
Last but certainly not least, we have Kimberly, the Pink Ranger; aka: The Hot One. There wasn't a straight guy in my second grade class who didn't have a crush on her. In fact, a recent Internet survey concluded that Amy Jo Johnson is the hottest person in the world. Ever. Don't ask me for sources, because I don't have any. It's common knowledge that if you disagree, you're probably a homosexual. Not that there's anything wrong with that. I'm not going to judge you just because you're gay.

Anyway, Kimberly had the power of the Pterodactyl and a cute little skirt. She is also my girlfriend and we make out ALL THE TIME.

So that's it for the Ranger profiles. I didn't realize how long this was getting (you can blame me writing this at 2 in the morning), so I'll cut things off here and continue the retrospective with part 2.

If you liked this article, be sure to check out more at 34th-dimension.blogspot.com
3
Login To Vote!
More Articles From Eek

2
Eek
MMPR:SSF+ Pt. II
What do the Power Rangers, Lost and a bag of meat have in common?

26
Quote O' Matic
Thomas Jay: "Vada, would you think of me?"
Vada: "I guess"
Vada: "Have you ever kissed anyone?"
Added By: System
My Girl
An unhandled error has occurred. Reload Dismiss