Banished to the black hole of the 90's...
By devonsdomain
On
Everyone likes a good thrill, right? Let's visit the creepy, yet comical influence of the "Nightmare" board game series from the 1990's...


I remember when my mom used to take me to Toys "R" Us and I would spend my $20 monthly allowance. I was so excited to go to the toy store and see what I could find. In the early 90's, interactive board games seemed to be at their peak, and games with a VHS tape were very popular. As I walked down the long game aisle, I looked up and up and saw this bluish-purple box that looked like a coffin. I have always been into the Gothic culture and scary movies, so this grabbed my attention immediately! I asked my mom to grab it for me since it was too high for me to reach, and turned it around to glance at the back- and that is when my eyes first beheld The Gatekeeper, with his stringy hair and spooky wool hood that he is so famous for. It was right in my price range so I bought it and later on, would play it over and over again with my childhood friends. 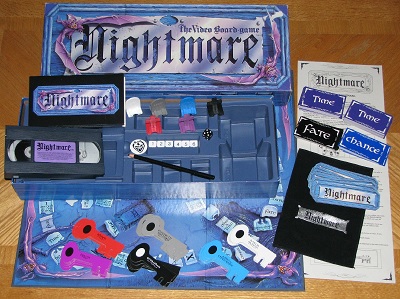 Looking back on this game as a kid, it was so cool, but looking at it as an adult is even cooler now. Even though it is a bit on the cheesy side, that's actually what makes it more fun for me. It is like a rush of nostalgia now, and I love the rush! Now that I'm in my mid-thirties, I am enjoying collecting many toys and games I had as a child. Unfortunately, like many, I ended up selling the "Nightmare" game at a garage sale for about .75 cents and a couple years ago, I realized the mistake I had made. The "Nightmare" series still holds it's popularity and has a following, and I desperately wanted it back. Thank goodness for Ebay; I ended up finding it for under twenty bucks and was excited to introduce this childhood favorite to my husband Tony.

When I received it in the mail, just opening it, nostalgia swept through my veins. I am such a hobby nerd that setting the game up was exciting, and once it was ready to go, we popped in the VHS tape and awaited the sinister presence of The Gatekeeper. As we played the game, I recalled several phrases he uses such as, "I banish you to the black hole!" or "Maggots!", and "You must answer yes my Gatekeeper or you will be banished!"

For those of you not familiar with the "Nightmare" game series, the original was created by A Couple 'A Cowboys (Phillip Tanner & Brett Clements) and released in 1991. It was popular in Australia because that's where the creators are from, and soon it was taking the world by storm. When it was released it was originally called, "Atmosfear", but when it was released in the United States it was named, "Nightmare." When I first started looking into more information and background on the series, it made things a bit confusing at first because I never knew which to call it! In some countries such as Germany, France, and Greece, they made their own tape, each with a different Gatekeeper. Later on, after the expansion games came out: Nightmare 2: Baron Samedi the zombie, Nightmare 3: Anne de Chantraine the Witch, and Nightmare 4: Elizabeth Bathory the vampire, these countries followed suit again and distributed the game with a different witch, vampire, etc. I was actually able to find many of these videos uploaded onto YouTube which was pretty neat. There were no subtitles, but being a fan of this series, it didn't matter to me!
Anne de Chantraine, the Witch (original actress Frederique Fouche) 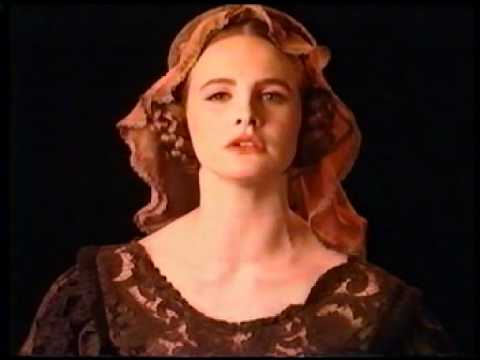 So in each game there is a host such as the Gatekeeper, the witch, etc, and you must obey and abide by their rules; if they tell you to do something you must do it otherwise you will be banished to the black hole. The black hole is essentially a pit of despair so to speak, and you may not leave this hole until the host says so, or if you choose a fate/time/chance card or a key to release yourself. There are six characters that players can choose to play: Khufu the Mummy, Anne de Chantraine the witch, Elizabeth Bathory the vampire, Baron Samedi the zombie, Hellin the poltergeist, and Gevaudan the werewolf. Many of these characters are also hosts in the expansion games, however, the one character who you may not play is The Gatekeeper. This is a game where you race against time (60 minutes) and try to beat the host, otherwise you will be stuck with them for eternity and cursed as they are. This is a game with dice, and the players have to keep moving around and around the board until they collect all their character keys, then they may ascend to the center of the game. In every version, the host ages or becomes more decrepit-looking during the progress of the game. Sometimes a player will be asked to roll their age and if they do not, they will miss a turn, or another player will choose a card and be asked at a certain time to scream at an opponent. What I like about this series is it is good old fashioned scary fun.

Nightmare expansion games: 2, 3, 4, and The Harbingers: 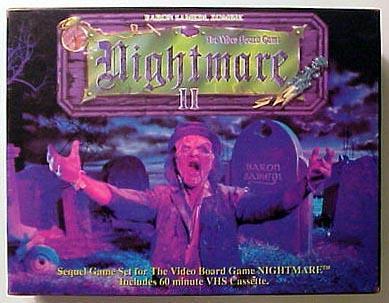 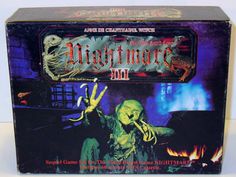 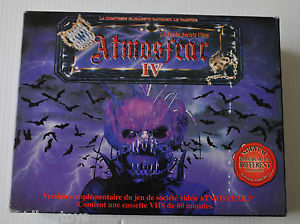 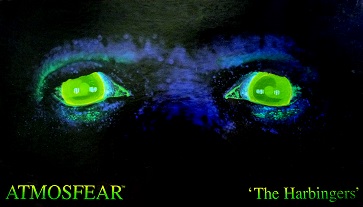 There were booster tapes released for "The Harbingers", plus even a card game as well. I found a jigsaw puzzle on Ebay for the series and snatched it up while I had the chance.

In 2004 the DVD version was released of the original, "Nightmare" called "Atmosfear: The Gatekeeper", but this time had a different gatekeeper. 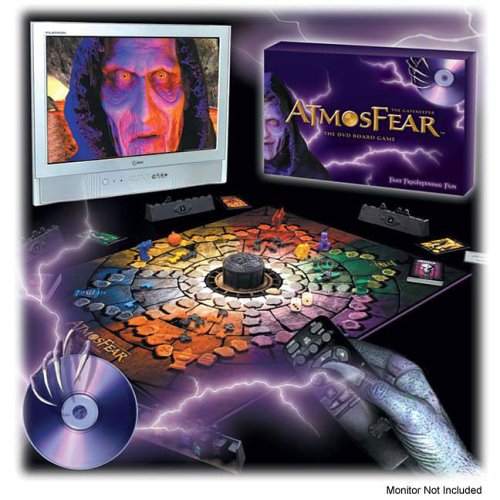 To be honest, while it was good and entertaining, nothing beats the original! I own this game as well as obviously the original one, plus the 2nd and third expansion games and The Harbingers, and they are all a lot of fun to play. This game works better with a group of people, and would be perfect to host for game night on Halloween night or just a night of pure ridiculously creepy fun!
12
Login To Vote!
More Articles From devonsdomain 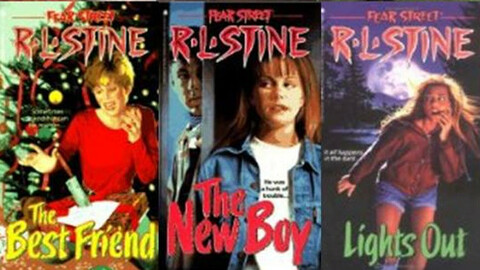