The second segment of your much demanded Article Requests
By DieYuppieScum
On
Well now that we have the ole MR. Fusion jam packed with trash (mainly old Teen Beat and BOP magazines) it's time to get BACK TO THE PAST. And what a better way to get back to the past then to start with Back to the Future THE RIDE. So lets get back in to our 8 Passenger De Lorean and keep all hands, arms, feet, and legs inside the vehicle at all times. HERE WE GO 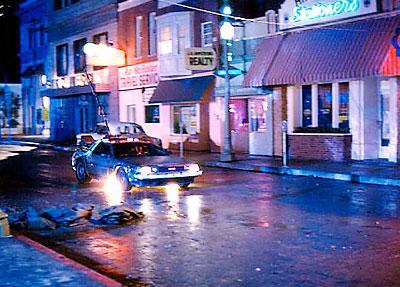 And in 1991 the company that brought us all these great things.. UNIVERSAL STUDIOS decided to open a ride based on the adventures of the trilogy which would include strangely enough, almost nothing of what was in the movies stated above except for the futuristic society. 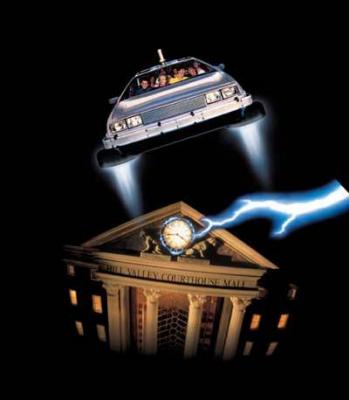 .
Somehow Marty made it look cooler

But it was ok... because instead we got to be swallowed by a dinosaur, crash in to the clock tower of Hill Valley, dive in to a blistering volcano, almost die in an ancient underground ice cavern, and tracking down the douchebag Biff who has stolen the Original and Priceless Le Lorean, not to mention Biff has had it coming for OH so long. 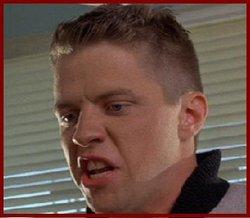 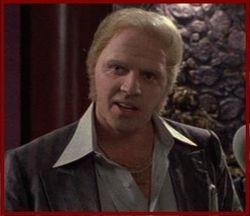 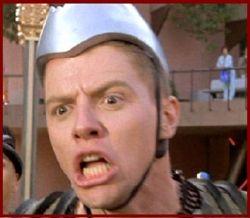 douchebag, the next generation 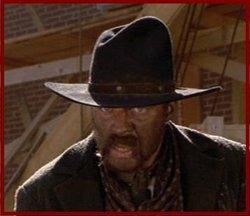 .
Douche Bag, a prior generation 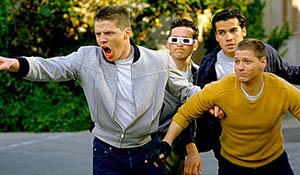 a gaggle of douches

What is also interesting about this ride is that, while not the first simulation ride in existence, universal in fact had a simulation ride before BTHF based on Hanna Barbera cartoons.... BTTF was a pinnacle in sumulation ride technology because of the sheer size of the screen itself and how it canopied over and around the ride, giving the impression that you were truly traveling through time and not just looking at a screen as opposed to past ride designs that used Audio Anamatronics and moved you from room to room like The Indiana Jones ride or pirates of the Caribbean at DisneyLand. 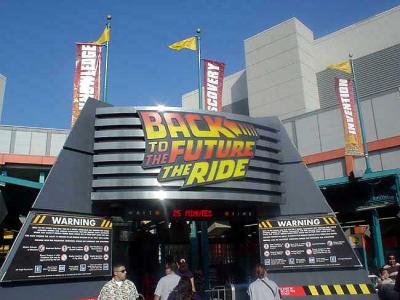 This ride also paved the way for rides that also would use the same technology if not the exact same design such as Disneys Soarin over California or Universals Islands of Adventure Spider Man attraction.

But sadly BTTF has not recieved the proper upkeep, nor the attendence it so truly deserves, for some reason it has a hard time competing with Shrek 4D and Fear Factor Live. On Spetember 3rd of 2007 it will be closing for good. And I, as one who can remember the day it opened will be on the very last ride. The one here in L.A. will be making way for a simpson based simulation ride.
It is a sad notion but it seems the De Lorean ride we knew and loved so much truly is "Outta Time". 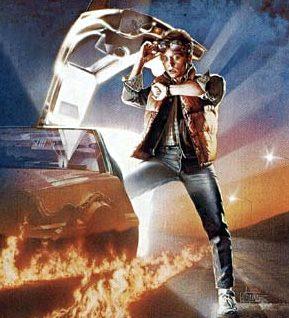 Our next Time travel stop is kind of a small one, but it's importance is no small matter. Part of Universal Studios magic has to do mainly with the back lot tour. It is a museum full of movie magic wealth and amazing props and sets. One of the oldest and for it's time, advanced props was the Collapsing Bridge. Now to prove a point is this fact. The Collapsing bridge is no longer En Route on the tour because it is so old it truly IS collapsing. But this peice of Holly Wood history is apperently not even worth taking a decent picture of...

.
this is all I could find

but rather then spend the Park budget on restoring a priceless movie artifact, Universal CEO's thought THIS would be a much better investment 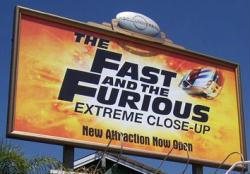 I just LOOOOVE what you have done with the place


thats right, a 4 minute segment that delays you from seeing Jaws and King Kong to watch stupid illegal racing cars being hurled around in the air on mechanical arms to promote yet ANOTHER 3rd part to a shitty movie series.


On with the Show

Fivels PlayLand was a playground to the max. This was a place kids could run around screaming and parents could take a much deserved and needed break while sipping on some lemonade. And because it was so awesome it only made sense to tear it down. 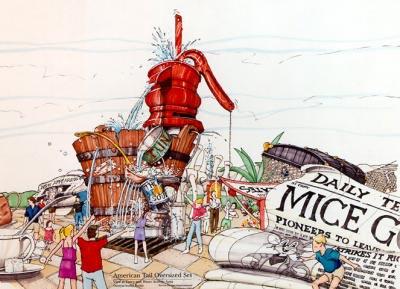 Basic drawing Idea for the Playground

The theme was that of a junk yard in a mouses perspective, there were bannana peel slides, places you could hide that looked like old sardine cans and broken tea cups, a ball pit in the shape of an old discarded birdcage. 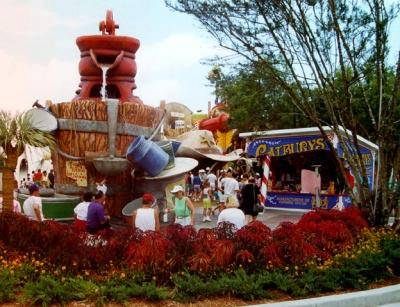 An oasis of garbage and junk... sigh


the place was a clever design and right next door there was a live show of An American tale. This playground was an oasis in a desert of endless walking and overpriced souveniers, cardboard like pizza and rubber chicken tenders... a place to truly rest... and for the kids a place to let out much needed excess energy. 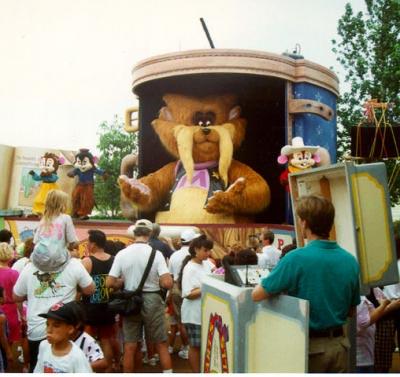 
The playground however was to be torn down for Terminator 3D, which in my mind is a big load of Bollocks, mainly because I will always be against creating a duplicate of something (even if the attraction is decent) in the place of something that is not only the last one left but it also an amazing and unique attraction. Once again however Universal CEO'S have rejected my letters and sent me care packages filled with bile and decapatated Woody Wood pecker dolls as a warning.... but thats another story.

Damn, it seems once again our MR Fusion is out of fuel and I need to refill so we can comtinue our journey in to the 3rd segnement of our time traveling tour.

Until next time... and remember... " The Future is what YOU make it" 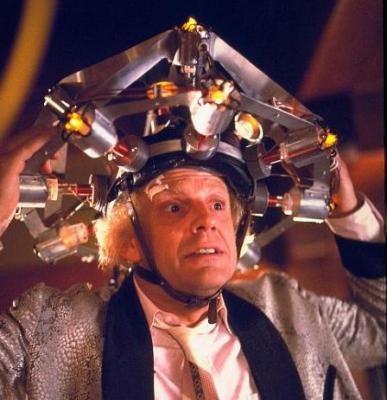