What memories do you have of you and your best friend playing co-op classics?
By Lil_Penny
On
So, my best friend of twenty years is moving to Minnesota for his job.

We've definitely had some great memories: riding bikes to the local ice cream shop, NERF wars, night tag at our school, teasing my little brother, and many other simple childhood past times. But one of the things that we will never forget and will always share is our love for video games. Even while he's in the land of 1000 Lakes and I'm in the Golden State, we can still kick butt together through Xbox Live. To honor his departure, we had our last beer and taquito fueled all-nighter playing our favorite two-player games on our favorite console, the NES.

This is a list of what we played throughout the years, and our favorites for whatever strange reason. So here we go! 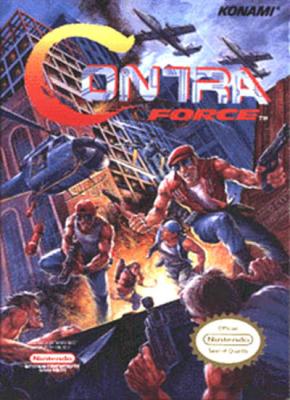 Okay, so don't get me wrong. We do play the original Contra and Super C, but Contra Force holds a special place in our hearts. The four characters have their own special weapons that can be upgraded. How can you go wrong with dudes named Burns, Iron, Smith, and Beans? When we first played through I thought they were A-Team rejects. But as the game went on it was fun to play as the different teammates and their various weapons. The levels were interesting enough. The one where you jump from chain to chain took a few tries. Maybe we were retarded, but on the overhead level with the boats we didn't know where to go. We just kept running back and forth shooting. Of course you needed to go on one of the smaller boats! Duh! The boss fights are definitely interesting. I remember one dude who was three times bigger than any other character, and another boss who would run around and you had to chase him throughout the level. Some might argue this isn't a true Contra game (being it was originally titled Arc Hound in Japan and never released), but it's still some fun run 'n gun two player action! 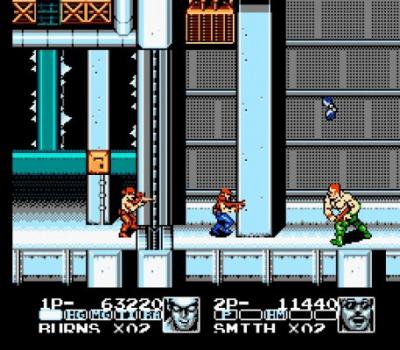 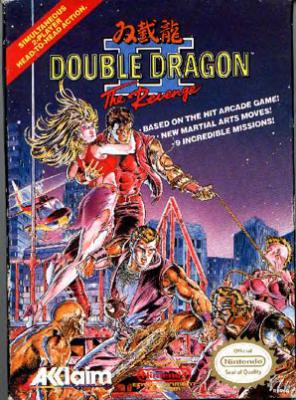 Before Scott Wolf graced us with his presence in the movie, and the laughably bad cartoon (http://youtube.com/watch?v=mIkxocQoaHA) there was the game. Double Dragon taught me never to trust anyone named Abobo and to watch my back for shadow warriors. My bud and I enjoy taking on the roles of Billy and Jimmy Lee and kicking and punching our way to save Marian. In the first game, you could only trade off with your friend to control the character. But DDII featured both brothers in simultaneous beat down action. This game is especially memorable for all of the traps. There are many numerous AND annoying traps. The one that gave us the most trouble was a level that had a bunch of jumps you had to make in a row. Wow, what an unnecessary hassle. Despite the traps, it's fun to co-op your way through while taking out dopplegangers with Hyper Uppercuts and Whirlwind Kicks! 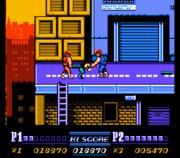 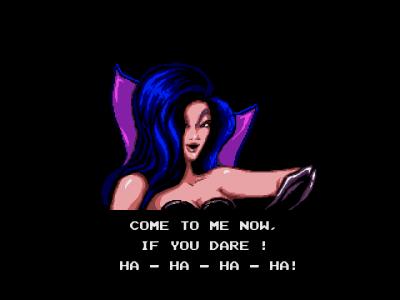 Ah yes, one of the most infamously difficult games for the NES. What can you really say about Battletoads? Rash and Zitz had to rescue fellow toad Pimple and Princess Angelica from one of my favorite NES baddies, the Dark Queen (she's really hot). The road to their rescue was definitely not easy. The game features some crazy difficult levels. The first two aren't bad, but the difficulty ramps up (literally) when you jump on your hover bikes and maneuver past inconveniently placed walls and crevasses. That level gave us the most trouble. It took a couple tries to make the second of the big jumps. Now honestly, this is the one game on the list that we never beat! It was just that hard. Even with Game Genie codes. Still though, with the memorable characters, awesome music,and just plain silliness, Battletoads lives up to the hype. 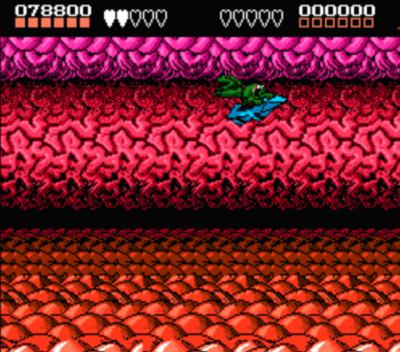 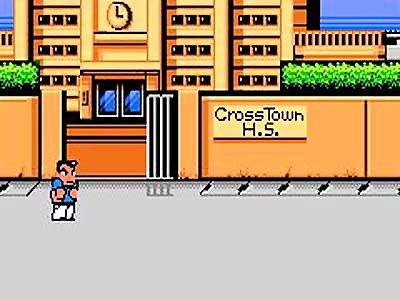 This is it right here. The ultimate beat 'em up. High school gang kids destroying each other over a kidnapped girlfriend. But if you ask me, Alex and Ryan didn't need a reason to kick some serious butt. Featuring such memorable gangs as the Frat Guys and the Generic Dudes, RCR made you wonder where the teachers were during all this. You basically ran around the city beating up gang leaders until you found out where main baddy Simon was. The game play was simple enough, but the cool part was buying food and books to upgrade your stats and learn new moves. You could grab a Tuna Roll, Cornish Hen, Merv Burger, Roman Shake, or Love Potion, or relax in the sauna. Plus, you could take out the "Infamous Dragon Twins" Randy and Andy. HAHAHAHA!The game continues to have a cult following.(http://www.youtube.com/watch?v=cI1ETfJ_HSM) 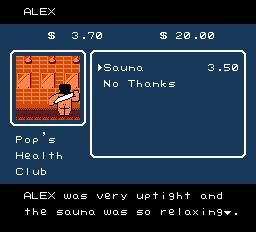 Yeah, I was a HUGE TMNT fan when I was a kid. Along with Ghostbusters, these were the two franchises that I worshipped. More than Transformers, He-Man, or Thundercats. So when I got my first NES, this was one of the first games I played. Even today, me and my friend burn through this game and its sequel, The Manhattan Project. You picked your favorite terrapin ninja (mine was Leo), and fought your way up to who else but the Shredder. Sure, the gameplay is very simple, but the fact that it was the Turtles keeps us engaged. Waves of Foot Soldiers in all the colors of the rainbow (and then some) would try and stop us, but their attempts were feeble. Even the desperate ninjas with machine guns and lasers were no match. Who knows how many Foot Soldiers were blown up during our twenty year rampage? I could discuss these games in great length and give you all a play-by-play as we wield our NES game pads yet again, but Rocksteady needs to be taught a lesson. Sorry Shredder, but you will never dine on turtle soup! 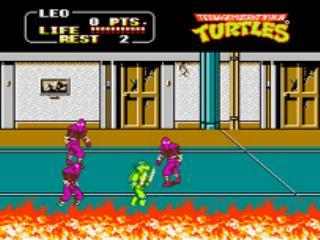 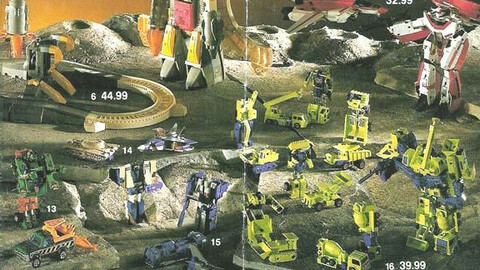 33
Quote O' Matic
Jane: "Would you like a nightcap?"
Frank: "No thank you, I don't wear them."
The Naked Gun: From the Files of Police Squad!

33
JSwiftX
The Video Games of 1991
The Good, The Bad, The WTF
An unhandled error has occurred. Reload Dismiss