The movie that you remember that time forgot.
By scrymusic
On
Hello Ladies and Gentlemen! It has been a long time since I put out an article, but here I am again and this time it is about a forgotten classic movie that we all have seen at one time or another.

The movie I am refering to.. 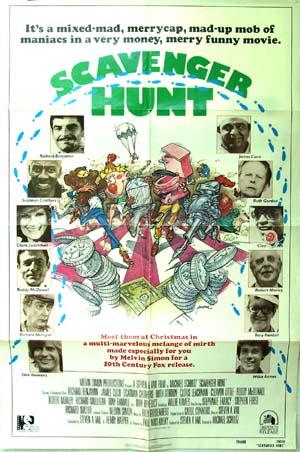 This movie is compared to " Its a Mad Mad World" due to the ensemble cast and story ideas, but it never captured the audience the way Mad Mad World did.

The storyline is simple, and it is very tough finding pics on this movie for this article. So I apologize for the tremedous amount of text you will all have to read.

The movie is about a game inventor, Milton Parker (obvious play on Parker Bros and Milton Bradley), played by the late great Vincent Price. 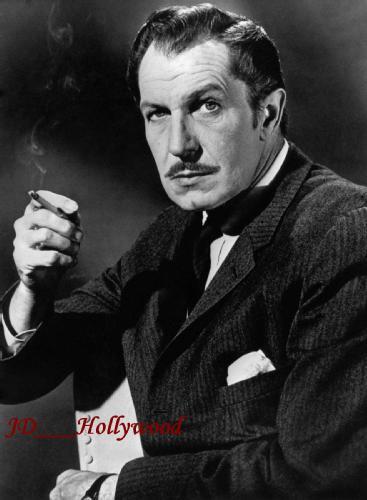 In his last will and testament,Milton leaves his fortune and estate to the winner of his final game.. a Scavenger Hunt. The game consist of finding items for points and returning them to the estate in the assigned spots and they only have som many hours to do it.


This is when the cast of characters explodes onto the screen and the comedy begins.


The one team of players listed in the will are his staff. Played by the late Cleavon Little (Blazing Saddles), as the Chauffer; The late Roddy McDowell (Fright Night), as the Butler; The late James Coco (Don Quixote), as the Chef; and Stephanie Faracy (Ugly Betty), as the Maid.


Then there is what I called team Carruthers. Who are played by Cloris Leachmen (Young Frankenstein), as Mrs. Carruthers; Richard Benjamin (Love at First Bite), as the lawyer; Richard Masur (My Girl) as Georgie Carruthers, and team defector Maureen Teefy (Grease 2) as Lisa, The niece.

As the movie goes along, Lisa leaves the Carruthers team and joins the team of the two brothers.. Who are Dirk Benedict (The A-Team), as Jeff Stevens and Willie Aames (Zapped!), as Kenny Stevens.

Then there is the bumbling father, Henry Motley, played by the late Tony Randall, and his two kids.

And last but not least.. There is the cab driver, played by the late Richard Mulligan (Empty Nest) and the security guard he picks up along the way while trying to steal a wedding dress, played by the late Scatman Carothers (Twilight Zone :The Movie).

Now as the movie goes.. These teams must go out and find items that are on their list for points and that is when you see other characters that are familiar to you.

We come across Stuart Pankin (Life Stinks) as a fat man that is an item on the list. We also come across Arnold Sharwzenegger as a trainer at a gym who totally jacks Tony Randall up when he tries to take a medicine ball and Meatloaf as a biker that trashes Richard Benjamin's character when he tries to steal a raccoon tail of a motorcycle.

We see my favorite 80's grandma,the late Ruth Gordon (Harold and Maude). She is the old lady that can be found in all the Every Which Way Movies!

This movie has it all.. From stealing a clown head from a Jack in a Box to ripping off a toilet outta a fancy hotel. From the brothers being the good guys and the Carruthers being the badies! The movie is cut throat funny and the slapstick comedy is not seen much anymore on this scale. 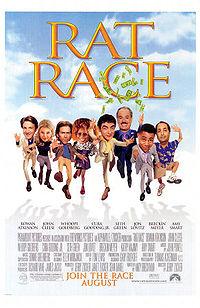 Now.. I know this article is lacking the whole storyline or a shitload of details about Scavenger Hunt but it is a simple story that either you know or you don't.

BUT NEVER FEAR MY RETRO JUNKIES!!! I HAVE SOMETHING EVEN BETTER TO END THIS WITH....

Just follow this link and you can relive and enjoy the movie... for FREE:

The movie was never available on DVD and has not even been released yet.. and I dont trust online copies on DVD you can purchase.. So go to the Youtube site and enjoy it in all its glory!!

Sorry this is so short.. But I am working on a bigger article and wanted to give ya something to tide you over.

Till next time!!! Cheers!
13
Login To Vote!
More Articles From scrymusic

23
scrymusic
Skateboards,and Bikes
When Vision Streetware was becoming popular and Redline was not just a racing term..

16
scrymusic
Animated Rudyard Kipling
Just a flash from my past that helps you to help me in remembering Rikki and Kotick.

7
Quote O' Matic
First Elder: "An unpleasant duty has been masterly performed, Jor-El. They have received the fate they deserved. Isolation in the Phantom Zone; an eternal living death."
Jor-El: "A chance for life, nonetheless. As opposed to us...you cannot ignore these facts! It's suicide!! No, it's worse. It's genocide!!"
First Elder: "Be warned, Jor-El. The Council has already evaluated this outlandish theory of yours."
Jor-El: "My friends, you know me to be neither rash nor impulsive. I'm not given to wild unsupported statements. And I tell you that we must evacuate this planet immediately!!"
First Elder: "Jor-El, you are one of Krypton's greatest scientists."
Second Elder: "Ah, yes, but so is Vond-Ah."
Vond-Ah: "It isn't that we question your data. The facts are undeniable. It's your conclusions we find unsupportable."
Jor-El: "This planet will explode within thirty days...if not sooner."
Vond-Ah: "I tell you Krypton is simply shifting its orbit."
Second Elder: "Jor-El! Be reasonable! Let Krypton die?! Oh, never, Jor-El! This is just another one of your...mistaken fantasies."
Jor-El: "My friend, I have never been otherwise. This madness is yours...to do with as you wish."
First Elder: "This discussion is terminated. The decision of the Council is final."
Superman