The Secret of the Ooze: A Nostalgic, Modern Review

The difficult task of separating nostalgia from quality in the original TMNT sequel.
By JayMind
On 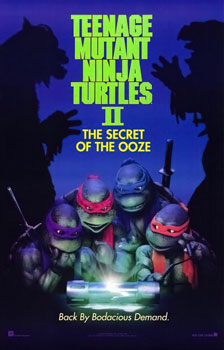 As my close friends and family will attest to, I have a particularly swollen nostalgia lobe; in other words, I have a doughy soft spot for anything reminding me of my 1980s and early ’90s childhood. I realize I’m one among many people in their early 30s who romanticize the carefree nature of their formative years and the TV shows, movies, video games, and toys that helped bolster said joy. That said, my emotional connection to these things -- many of which are of objectively poor quality -- often overwhelms my otherwise sound judgment. For example, is Full House actually a good show, or does it induce a smile simply because it transports me back to enjoying SpaghettiOs and no mortgage payments? I’d like to step outside my irritatingly biased perspective and denounce Full House for its formulaic silliness. But I can’t. Full House, for me, will always be a “good” show.

This meandering disclaimer is a necessary preface to my modern-day review of Teenage Mutant Ninja Turtles II: The Secret of the Ooze -- 1991’s sequel to the original TMNT film -- because an educated, adult examination of the movie cannot help but be influenced by the eight-year-old who loved it unwaveringly. And, re-watching it with admittedly partisan 2016 eyes, I came to as reasoned a conclusion as I could: it’s really pretty good.

Sure, it’s filled with hokey, misplaced, and stereotypical elements that defined kid’s films of the era. This is evident from the outset as viewers are introduced to Keno -- the pizza delivery boy sidekick protagonist who helps the Turtles infiltrate the Foot Clan -- with one of his first interactions of the movie: calling a woman on the street fat (she responds to his advances with a not-so-subtle “Dream on, dweeb,” to which he retorts, “When I do, I’ll dream of something a little thinner!”). I suppose it’s idle humor; it is a little strange, however, to introduce one of the film’s “heroes” with a lightly misogynistic jab. This is not the only strange characterization. Tatsu, the second-in-command villain, is nothing more than a grunting, unintelligible Chinaman. Finally, of course, the fight scenes are absurdly silly. 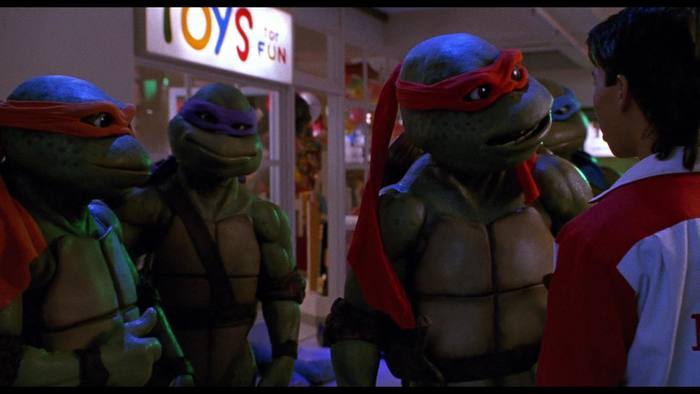 All of the legitimate criticism notwithstanding, there is one thing -- and this should be the chief goal of any Turtles story, in my opinion -- that the film accomplished very successfully: it authentically captured the interactions and personalities of Leonardo, Donatello, Michelangelo, and Raphael. So crucial to the Turtles Universe is each character’s individual identity and The Secret of the Ooze is true to Leo’s humorless leadership, Donny’s intelligent dorkiness, Mikey’s goofball antics, and, my favorite, Raphael’s rebellious irritation. 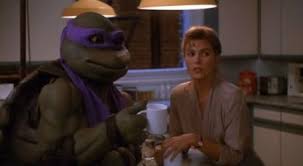 Also to its credit, the second installment did not play up on the tired “damsel in distress” storyline so common in super hero narratives. April O’Neil does not need saving from her own weak femininity but rather helps the friendly mutants herself, offering them a safe, quiet place to hide out. 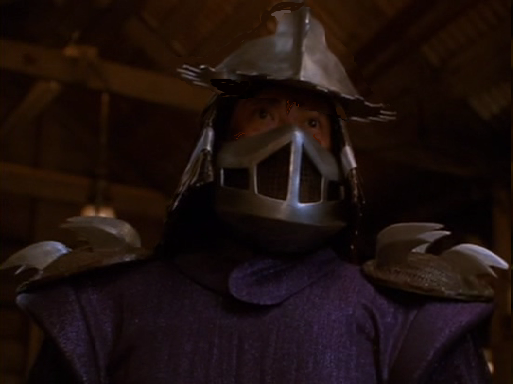 Likewise, Shredder is thoroughly mortifying. You never see his face after the garbage truck accident that concluded the original film though his voice is just perfect. And, while I was confused as a kid to the inclusion of new characters Tokka and Rahzar -- instead of the more familiar Bebop and Rocksteady from the television series who, due to some legal loophole, could not be used in the film -- their dumb brutishness worked. 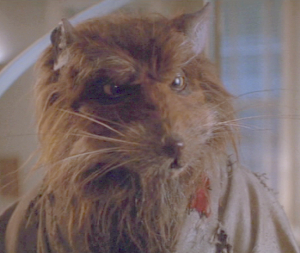 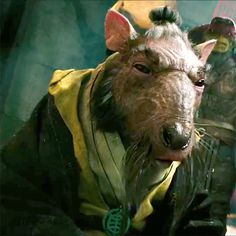 Also worthy of mention is the portrayal of Splinter, both in spirit and physicality. Among the many, many, many problems with the 2014 reboot, in my opinion, was its representation of Splinter. How is it possible that with an additional 23 years of technological development, the meditative rat looked far more simplistic, cold, and scary, with a poorly cast Tony Shalhoub providing a completely incorrect vocal tone? He appeared contemplative, warm, and approachable in the original film series, with a thoughtful and inviting voice that made you want to become a ninja.

Ultimately, while it’s quite difficult to judge a 1991 children’s film by 2016 adult standards, I’ll give The Secret of the Ooze my endorsement. The pacing and humor or the story are altogether appropriate and, perhaps most importantly, the Turtles themselves don’t look like ’roided-out monsters.

Finally, allow me to conclude this review with two great, simple words that encompass exactly how enjoyable the film is: Vanilla Ice. (Note to the creators of the new film series sequel, set for release in June of 2016: If Vanilla Ice in not your newest installment, you missed a serious -- and likely easily attainable -- opportunity to rope-in the nostalgia-fueled men and women of my generation by giving a nod to us and our cherished, old films.) 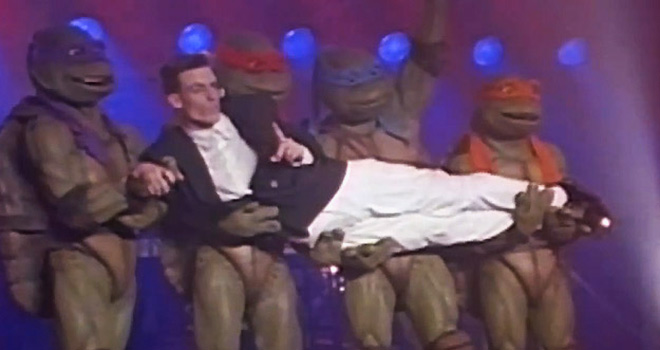 8
Quote O' Matic
V: "Voila! In view, a humble vaudevillian veteran cast vicariously as both victim and villain by the vicissitudes of fate. This visage, no mere veneer of vanity, is a vestige of the vox populi, now vacant, vanished. However, this valorous visitation of a bygone vexation stands vivified and has vowed to vanquish these venal and virulent vermin vanguarding vice and vouchsafing the violently vicious and voracious violation of volition! The only verdict is vengeance; a vendetta held as a motive, not in"
Added By: CardassiaPrime
V for Vendetta
An unhandled error has occurred. Reload Dismiss