Honey, I shrunk the toons...

The growing trend of shrinking classic characters.
By ccann702
On
Looking back at the cartoons and programs I used watch every Saturday morning when I was a kid and even at the programs kids watch today, it's interesting to see shows that usher in a new style or format. Even more interesting is the number of copy-cat programs that try to garner the same success. We saw it with the Power Rangers which in turn brought us VR Troopers, BeetleBorgs, Masked Rider, etc...(anyone rememeber the “Tattooed Teenage Alien Fighters from Beverley Hills???). We then saw Pokemon take off here in the states and that in turn brought us Digimon and Yugioh and so on. However, the one format that I always enjoyed no matter how many times they tried it was taking classic characters and shrinking them down to they're younger counterparts to embark on new adventures, also known as "babyfication". Take a trip back with me and let's take a look at some of these classic and not-so classic shows. 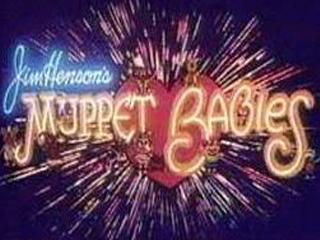 Ahh, The Muppet Babies. They were the first and still quite possibly the best, taking our beloved Muppet characters and not only turning them back into children, but presenting them to us in an animated form. Loosely based on a sequence in the film “The Muppets Take Manhattan”, Muppet Babies follows our favorite characters on dangerous journeys and hair raising adventures that can only be escaped from when Nanny comes in to snap em out of it. To say the muppet babies had vivid imaginations was an understatement, but it made for a lot of entertaining shows. For those who were true followers of the Muppets, you no doubt noticed the “extra” muppet featured in the show, Skeeter. Billed as Scooters twin sis, the creators simply felt the show needed another female character in the mix. The other exclusive character was their guardian, so to speak, Nanny. We never saw her face, only her god awful striped stockings. I always imagined her as a red head for some reason. The show lasted from 1984-1991 and spawned 107 episodes before it was handed up to the syndication gods. Even though the show was aimed at kids, older viewers could easily get into it as well thanks to the numerous pop-culture references.


Trivia: Howie Mandel voiced Baby Animal and Baby Bunson in the first season (84-85). Dave Coullier took over as their voices for the rest of the show (85-91) 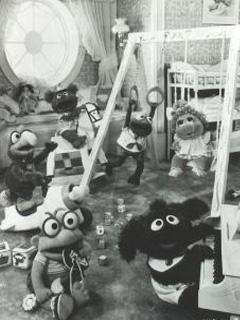 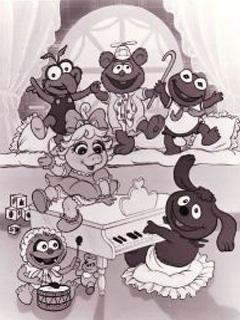 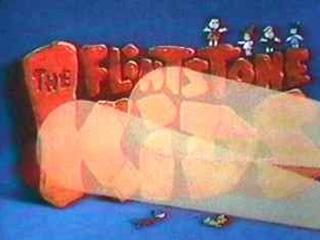 Hanna-Barbara must have saw gold in them there hills! It seemed like a logical step, the flood gates were opened and they decided to take the modern stone aged family and put them back in time even further to their grammar school days. Fans who enjoy continuity in story lines might as well throw this one right out the window because if you went by the original 60's series storyline, the kids version could never have been possible. Although it only lasted three seasons and 34 episodes (1986-1988), this is actually one of my favorite “babyfication” spin-offs, if only for the inclusion of the “Captain Caveman and Son” shorts. You had to love the theme song though, i still find myself humming it every now and again.

Trivia: Wilma's last name in the show was "Slaghoople". In the original series, however, her maiden name was "Pebbles". 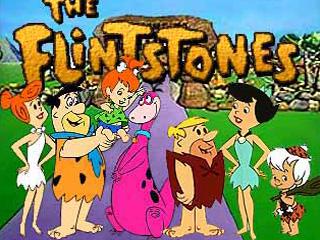 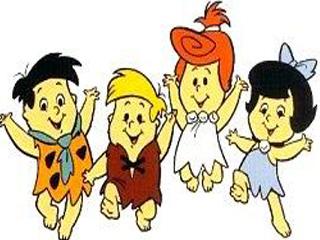 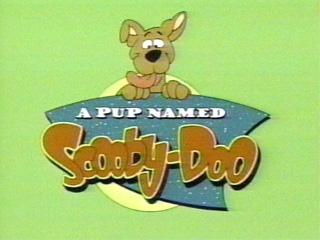 Another attempt by Hanna-Barbara to capitalize on the “babyfication” trend, “A Pup Named Scooby Doo” was the least successful, but not by much. The formula is the same, we go back in time to see Scooby in his puppy form and the gang as their junior high counterparts. This show had the exact same premise as the original series i.e. The gang solving mysteries then unmasking and revealing the culprit's identity at the end. This was all done in a much more wackier tone however, which gave it a very different feel. The creators were only able to churn out 30 episodes over it's three seasons (1988-1991) before it was canned but I think this show was better than most of the other Scooby spinoffs (“Scooby and Scrappy”? More like “Scooby and Crappy”).

Trivia: After the first season, much of the staff left to work for Warner Bros. Refer to the next show to see the result of that move. 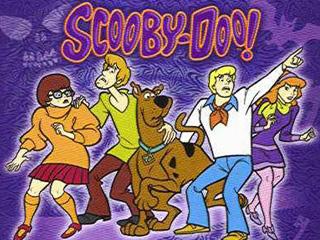 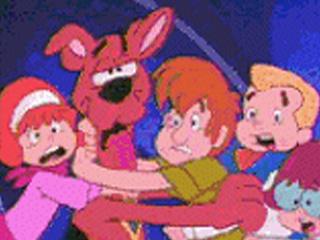 Although this series doesn't quite fit the criteria, It definitely deserves a mention for simply being as brilliant as it was. Tiny Toons didn't follow the “babyfication” guidelines directly, but that doesn't mean it didn't at first. The original concept of the show was to have the classic Looney Tunes gang as kids. Then it was altered to have the “kids” be the direct offspring of the Looney Tunes. Finally Steven Spielberg stepped in and the final concept was to have the “kids” be descendants of the Looney Tunes characters. Let's face it, this show was a classic. It appealed to just about everyone, young and old. It was classic Warner Bros. comedy coupled with fresh new characters that, despite being visual takes on the classic Looney Tunes, had unique personalities all their own. It also had attitude and an edginess that made it unique from the shows of the day. 99 episodes were cranked out over it's four year lifespan (1990-1993) and I would love to see a DVD box set produced for it. If any animated series deserves one, this is it.

Trivia: Montana Max was voiced by Danny Cooksey aka "Budnick" from Salute Your Shorts. 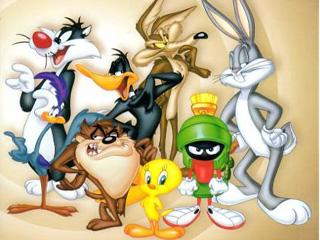 Hanna-Barbara seemed determined to do a 'kids” version of all it's famous cartoons and this was no exception. Now, I adored the original Hanna-Barbara Tom and Jerry shorts so much (didn't care much for the Chuck Jones shorts), that I had high hopes for this new incarnation of Tom and Jerry. For the most part, it delivered albeit a bit watered down in terms of slapstick comedy compared to the original. Still, it was an enjoyable show featuring “Young Tom” and “Young Jerry” along with two old favorites, Spike and Droopy. They were accompanied by their adorable sons aptly named Tyke and Dribble and had their own dedicated segments within the show. This “babyfication” lasted a bit longer than Hanna Barbara's first two offerings, producing 65 episodes over four years (1990-1993).


The Muppet Babies started a trend in animated shows that is still seen today. Shows like “Baby Looney Tunes” and “X-Men: Evolution” that transform classic characters into younger versions of themselves, continue to provide alternative views of characters we know so well. Whether these types of shows were done well or not, they were memorable for the original source material they referenced and will always be a big part of my childhood.
5
Login To Vote!