Beyond best tracks: which games sport the most awesome total soundtracks?
By Addison_Del_Mastro
On
One of the most stand-out aspects of the retrogaming era, and especially the 16-bit era, was music. This was the first time games could have full original musical soundtracks, but before they could sample previously existing music from a CD. And so “video game music” was born, a wonderful and unique genre. It’s common to see lists of the best individual pieces from various games, but what games had the best full soundtracks overall? Let’s find out! (Note: I am not an RPG player so I am simply not looking at RPGs here – I know there are a bunch that would otherwise qualify for such a list, especially on the SNES.)

Top Gear featured the very artificial, thumping synth music that most Kemco games from the era used. At first it doesn’t sound very nice, especially from the musically-capable SNES, but it’s a very catchy and well-designed soundtrack, fitting in perfectly as background music to the racing action. Given its relatively fake sound, it’s surprisingly complex and somehow, just works. Best track: first race.


Twin Cobra was developed by Toaplan, who created some of the best action soundtracks ever. They are just alive with action. Of all the Toaplan titles, of which there were many, Twin Cobra has the most consistently high quality music. Best track: level 4 / Tsugaru.


Thunder Force III has an outstanding soundtrack and is one of the best of the entire era, if not ever. Other than simply having wildly catchy tunes, the music is quite complex, with lots of layers. This one needs to be played on a Model 1 Genesis through a stereo system. Best track: level 2 / Gorgon.


If Thunder Force III is the best action soundtrack, DKC2 is the best moody, orchestral one, save maybe some RPG soundtracks which I’m not considering here. The music here is varied, yet makes sense all together. It also manages to be atmospheric, such that you cannot think of a song from the game without imagining the level it went with. Best track: Stickerbrush Symphony, but honorable mention to Mining Melancholy, Lockjaw’s Saga, and Snakey Chantey.


It was impossible to choose between the first two X titles because each one includes some of the hands-down best music of the entire 16-bit era. There’s a lot of different sound here, some synth, some awesome electric guitar, and more. These games proved, additionally, that the SNES was capable of music that leaned towards the grungy/metal/rock side, which was usually reserved for the Genesis. Best tracks: Opening stage, Storm Eagle (X), opening stage, Volcanic Zone, X-hunter stages (X2)
(Broken YouTube Link Removed)
Raiden/Raiden Trad (Genesis/SNES/arcade)


Raiden is notable for lifting virtually every element from Twin Cobra and only slightly remaking it. The games play identically, look similar, and sound similar. But instead of a derivative and mediocre soundtrack, the soundtrack here is original and almost as good as that of Twin Cobra. The tunes are less action-packed, however, and somehow I’ve always thought of the Raiden soundtrack as thoughtful and leisurely. Best track: Stage 2 (moved to stage 3 in the SNES version).


Splatterhouse is a cool horror-themed beat-em-up series on the Genesis. The third installment has a creepy action soundtrack that is both unique and very high quality. Best track: Stage 1.


Castlevania, in addition to introducing a number of tunes that would become immortal pieces of the Castlevania musical universe, made very good use of the NES sound chip to create one of the more memorable soundtracks on the system. Best track: Many, but the very first rendition of Vampire Killer is a winner.


Red Hawk (Stagger I in Asia) is a mediocre arcade shooter I found on MAME. It was never released on a console and it's not a well-known game or even a particularly good one. But the soundtrack is very catchy and well-designed. It's a Korean game, and the Korean games often had inferior sound and graphics compared to Japanese games. The sound is low quality for its time (1998) but it has a Genesis-esque twang that I really like. Best track: Boss theme.


Vapor Trail (Genesis/arcade) – awesome electric guitar track, but there is only ONE TRACK throughout most of the game. In a best track contest, sure. In a whole-game soundtrack list, nope.

Donkey Kong Country (SNES) – this one was awesome, especially that first jungle level and the fun, nostalgic tune that plays when you enter Cranky’s cabin. And don’t forget Aquatic Ambience. But DKC2 really takes the cake for the best overall soundtrack.

Gradius III (SNES/arcade) – this one doesn’t show up on lists too often, but the soundtrack is quite nice here, catchier than the original Gradius and very nice to listen to. The first track, Sandstorm, could probably make it on a best tracks list. But the quality of the tracks tapers out as the game goes on, making this game lose out to other superior shooters.

Contra (NES) – Contra has one or two very awesome tracks, especially the intro level, but the quality doesn’t hold for the whole game. The same is true of Super C, which also has a rocking intro level track, but doesn’t last the whole game.


These are just based on my own opinion, of course. If you disagree, suggest some other games in the comments! I could name more but in the interest of reasonable article length did not. Thanks for reading.

Video gamer since the '90s and starting as a video game writer. I'm interested in the history, technology, and culture of retrogaming, both now and in the original "retro" era.
6
Login To Vote!
More Articles From Addison_Del_Mastro 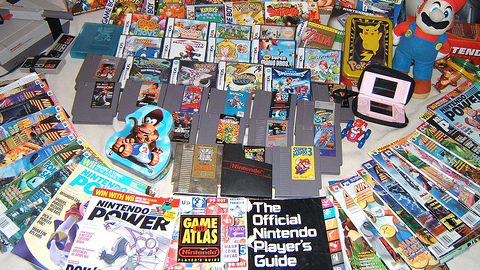 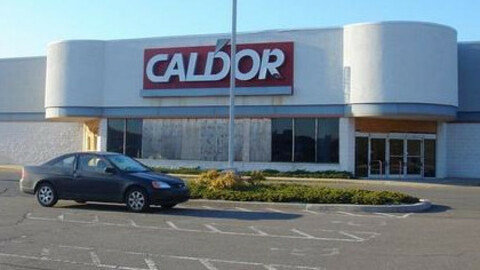 10
Quote O' Matic
Raven: "Why can't I have a zit like everyone else? Chelsea: Hello! I have a zit and a tail!"
That's So Raven