In the 00's, reinventing established characters was the name of the game.
By comicfan1985
On
Hey everyone. haven't written in a while.

Figured I might as well write an article for comic books that came out this decade since pretty soon they will be considered "retro".

After the forgettable 90's when it came to comics, a new millennium dawned. In this decade, if there was one constant, some characters we know and love were reintroduced to an entirely new generation of comic book readers. Another notable trend was a big improvement when it came to writing and drawing.

In 2000, Marvel Comics launched a new line of books- the "Ultimate" line of comics. In this universe, the Marvel characters originated today rather than in the 60's or 70's. It was not bogged down with any continuity, so writers were free to do whatever they wanted with the character. 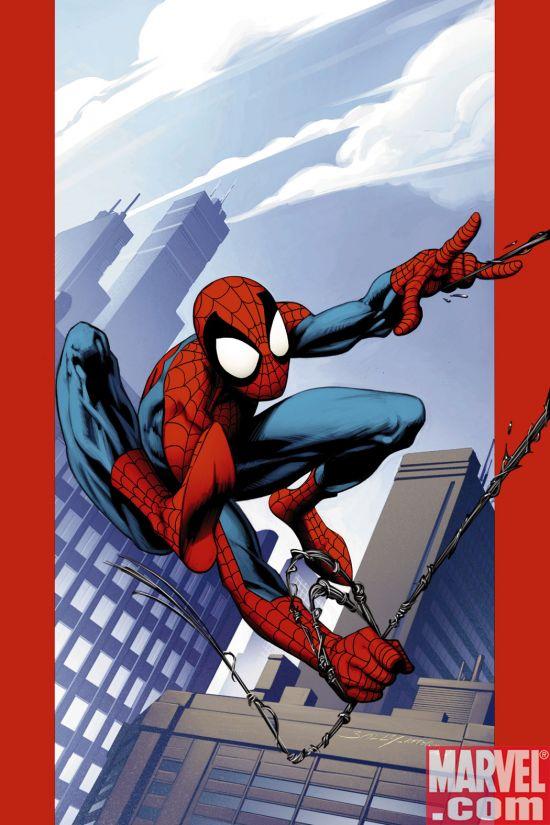 This book helped launch old webhead back into the consciousness of comic book readers. No longer was Peter Parker a middle age man who had marital and adult issues, he was back to being a teenager at Midtown High. He fought different versions of the Green Goblin, Dr. Octopus and a very different take on fan favorite villain Venom.

USM was a huge success. It made Brian Michael Bendis a big name in comics and at one point believe it or not actually out sold the flagship Spider-Man series "the Amazing Spider-Man."

With the success of Ultimate Spider-Man, two other "Ultimate" titles were launched-"Ultimate X-Men" and the critically acclaimed series"the Ultimates", a modern take on the superhero team "the Avengers", written by Mark Millar and drawn by Bryan Hitch. 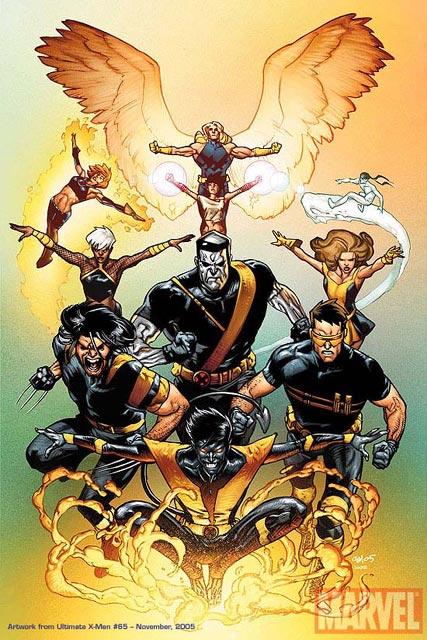 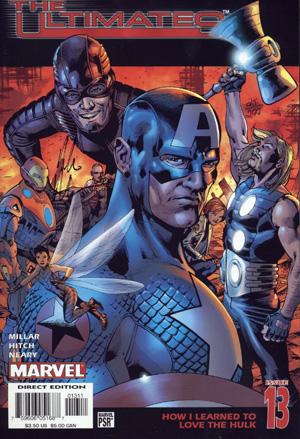 "The Ultimates", a VERY different take on the Avengers.
In my opinion,"the Ultimates" was the best of the three titles. It really asked the question "What would it be like if the U.S. government had a secret team of superheroes doing covert ops missions?"
Millar really made the book different from it's regular Marvel universe counterpart. The team didn't exactly get along, and not everyone liked a certain scientist named Bruce Banner. Also worth mentioning is that Samuel L Jackson gave Marvel his permission to have Nick Fury look like him. So if you were wondering why Sammy J was playing Nick Fury in 2008's "Iron Man", there was a reason; not just stunt casting.

But if you ask any comic fan, the best story from Marvel in the 00's was clearly the 2006 mini series "Civil War", by Millar and drawn by superstar artist Steve McNiven. 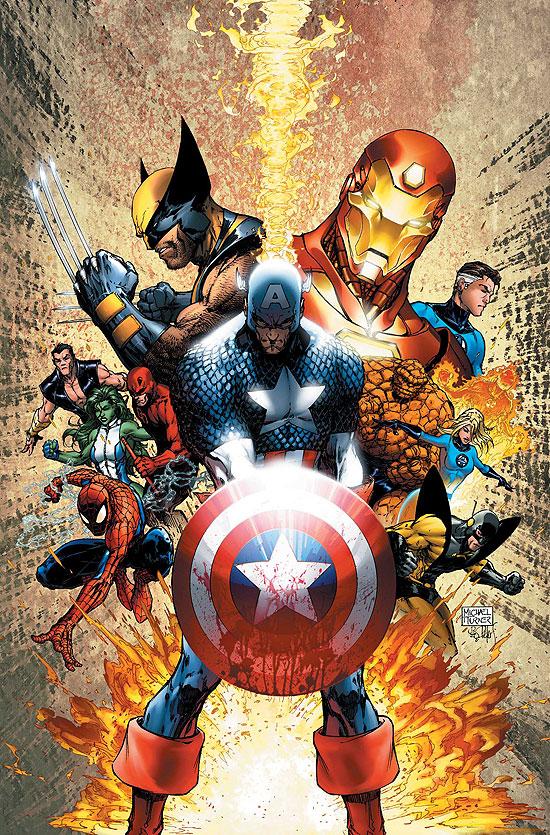 This story tore the entire Marvel universe apart.After innocent people die in the middle of a fight between the New Mutants and a villain named Nitro,U.S. Congress put the Superhuman Registration Act in effect. In this act, every superpowered person in the country has to register with the government. If you don't, you are then hunted down and put in jail.
The heroes we know and love were really split with this act to the point of fighting each other. Captain America led the opposition of the SRA along with Luke Cage, the Sue Storm, Hercules and the Young Avengers.The pro registration side on the other hand had Iron Man, Spider-Man, Reed Richards and other various heroes. 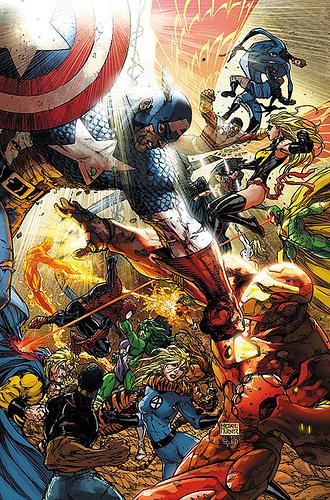 The Marvel heroes duke it out for their causes.

Unlike most "event" books, this story really did have a lasting effect on the Marvel U. most of the alliances that were broken up due to "Civil War" are still broken. Millar really did an outstanding job. Definitely a must read, even if you are not a comic book fan.

Other stories worth mentioning are the two Hulk stories "Planet Hulk" and "World War Hulk". 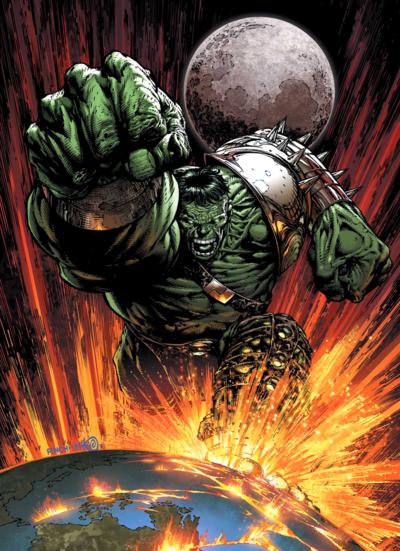 The Incredible Hulk, seeking revenge on those who done him wrong in "World War Hulk"


in "Planet Hulk" by Greg Pak and drawn by Carlo Pagulayan, the Hulk is sent off of Earth in a rocket to the planet Sakaar because Iron Man, Reed Richards, Professor X and a few other heroes think big mean and green is too dangerous to be kept on our world anymore. On Sakaar, the Hulk dethrones the evil king of the planet and becomes the leader. he finally feels accepted, gaining friends and finding love along the way. However, his stay is tragically cut short when the ship he was sent in explodes, killing nearly a million people around it, including his pregnant wife Caiera.

This set up the sequel of sorts, "World War Hulk" by Mark Millar and drawn by John Romita Junior where the Hulk came back to Earth and set out revenge on the heroes that sent him there.

Stay tuned for part two, where I showcase DC Comics and how they brought back a certain Emerald Guardian of the Galaxy.
11
Login To Vote!
More Articles From comicfan1985