Other books in the 80's that still stand the test of time
By comicfan1985
On
Hey everyone,

Since I didn't have enough room to fit ALL my favorite comics from the 1980's, here are a few other books that I absolutely love from that decade. 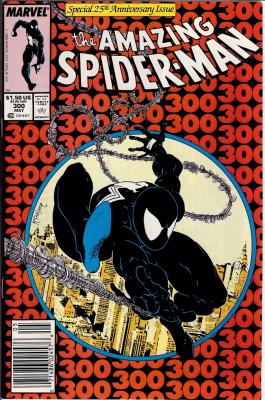 When this book came out, artist Todd MacFarlane was on fire. He truely was the hottest artist in the business. He was coming off his excellent run with Peter David on "The Incredible Hulk".

In this issue, MacFarlane and writer David Michelinie introduced ol webhead to one of his most fearsome villians..Venom! 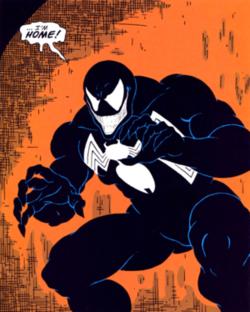 Venom, in his first technical appearance in "the Amazing Spider-Man #299"

For those who do not know, in a mini series Marvel Comics put out called "Secret Wars", Spider-Man received an alien costume which a few years later was revealed to be a parasite that thrived off of the adrenaline rush Peter Parker gave it as Spider-Man. When Peter realized this, he with the help of Mr. Fantastic successfully parted ways with the symbiot being after exposing it to soundwaves.

However, a few years later the symbiot finds its way back to Parker, and Parker parts with the symbiot when standing in a church tower next to a tolling bell. The symbiot then attaches itself to Eddie Brock, who is praying in the church praying for forgiveness from God after thinking of killing himself after recieving word that he has Cancer.

What made this issue so memorable is the artwork. Before MacFarlane came aboard, MacFarlane himself said it seemed like other artists were trying to immitate another artist's style, named John Romita Sr. For a long time, Spider-Man looked almost exactly the same no matter what artist was on the book. He did not change one bit. 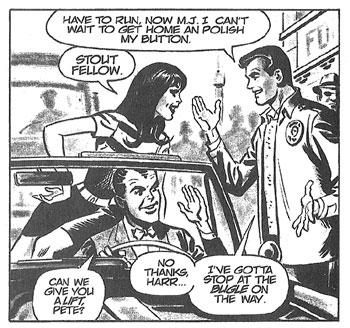 But when MacFarlane came on board, he totally changed the way the wall crawler looked. Now, when Spidey was swining around NYC, he was in these weird angles, and gawky like a spider. 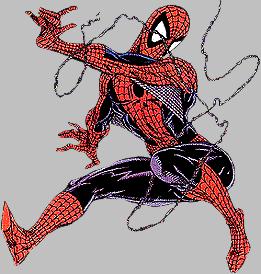 Also, MacFarlance introduced what has been known as "spaghetti webbing". Before, when Spider-Man shot webbing out of his web shooters, the webbing was just thin thin lines. No substance what so ever. But MacFarlane made the webbing thick and with knots. It looked like it could support Spider-Man's weight, and the weight of many criminals in Mid Town Manhatten.

Now on to an Alan Moore classic starring a certain Clown Prince of Crime. 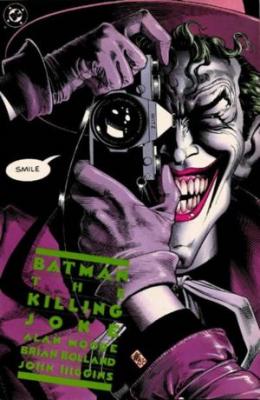 This one shot by Alan Moore, and drawn by Brian Bollard is very vital to the Batman lore for two reasons.

1.Unlike many one shot stories these days, it directly affected the continuity of Batman. In the story without giving away too much, Barbara Gordon (Batgirl to those not hip to comics) get paralyzed by the Joker, and the Joker kidnaps Commishiner Gordon, almost driving Batman's ally to the brink of insanity.

2. It finally explained the definitive true origin of the Joker. Before, when the Joker's origin was explained, it varied from writer to writer. Something was a little different each time it was told.

Now, we know everything. The Joker used to be a guy named Jack Napier, an amature stand up comedian who was just trying to make a living for him and his expecting wife Jeannie. Money is hard to come by, so Jack decides to help out some mobsters robbing a chemical plant Napier used to work at.

Before the heist though, Napier gets te terrible news that his wife Jeannie died in a freak accident involving a baby bottle heater.

During the heist, guess who shows up? Thats right, Batman! With nowhere to hide, Napier jumps into a vat of chemicals. When Napier comes in a stream outside of the chemical plant, his skin is bleached white, and his hair is now permanently green. This with the death of his wife drives Napier completley insane, permanently mentally unstable. 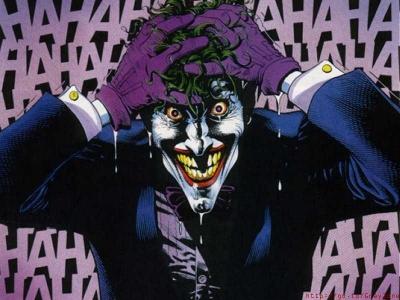 
For the first time, Moore made the Joker a scary villian.Before, he was always portrayed as a campy, silly villian. Now, there was nothing remotely funny about the Joker. He was a sinister villian, only on a never ending quest for anarchy.

This book also had a major influence on the 2008 smash hit "the Dark Knight." In an interview in 2006 with Newsarama.com's Daniel Robert Epstein, Heath Ledger said that "the Killing Joke" was the book he was reading when preparing for the role that he probably be most remembered for.

DRE: Have they given or asked you to read certain comics?

HL: The Killing Joke was the one that was handed to me. I think it's going to be the beginning of The Joker. I guess that book explains a little bit of where he's from but not too much. From what I've gathered, there isn't a lot of information about The Joker and it's left that way.

Brian Bollard's artwork along with John Higgins' coloring job was spectacular. They captured the mood of the story perfectly. It was dark and gritty. 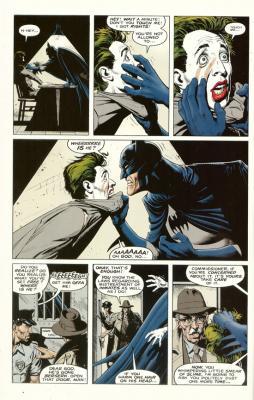 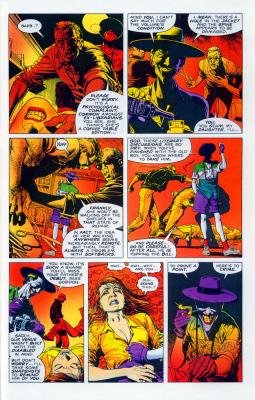 Just look at it.

This particular story was recently reissued back in the summer recolored. It is a great story and I highly recommened it.


As usual, I know my favorites are going to be different from everybody elses. So that is why I am inviting you the reader to tell me what your favorite books from a particular decade are in the comment section.
17
Login To Vote!
More Articles From comicfan1985 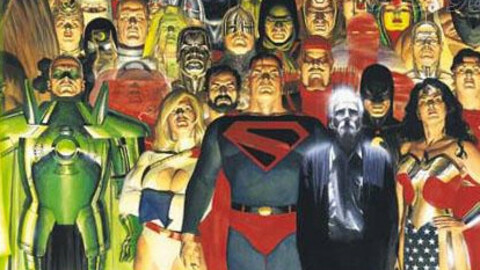 23
comicfan1985
A true Golden Age for Fanboys
The quality of books from the mid 80's will be hard to match
An unhandled error has occurred. Reload Dismiss