Anime you may know
By animefan123
On
Durning this time, you (or yourself) will see alot of people that are anime-o-holic and you will see them buying 9-12 dollors for about up to a 200 page comic book that mostly showed pictures. As for the anime, if you are REALLY obessed with the series, your hated it to lose and pray for another season after it ended for about 26 episodes. 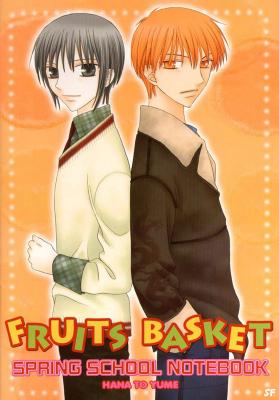 Fruits basket:
This is a really good anime and if you fall deeply into the anime/manga you get deepy hooked. Its been the love of many fans and its a easy anime to get into. One day, Tohru comes to a house in the forest that she is living in which is the home of Shigure Sohma and Yuki Sohma, (a first year at her school), members of the Sohma family. When the Sohmas discover that Tohru is living in a tent, they are quite surprised by her strength. The entire area is Sohma property, and Tohru begs to live upon the property in her quaint tent. Feeling sorry for her, the Sohmas offer her their spare room in exchange for cooking and housework. Tohru soon discovers the Sohma family's secret, and the reason why Yuki is so private and secretive: thirteen members of the family are possessed by the 12 animal spirits of the Chinese Zodiac ("Jyûnishi" in Japanese) and the spirit of the cat who was left out of the Zodiac according to legend. They transform into animals when hugged by the opposite gender, or when they are under a great amount of stress. When she promises to keep their secret, the Sohmas allow Tohru to keep her memories rather than erasing them. 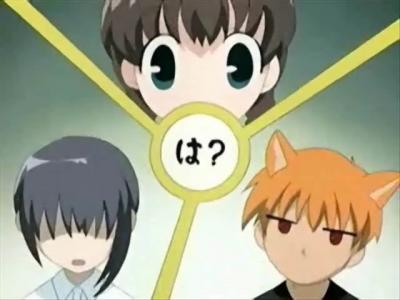 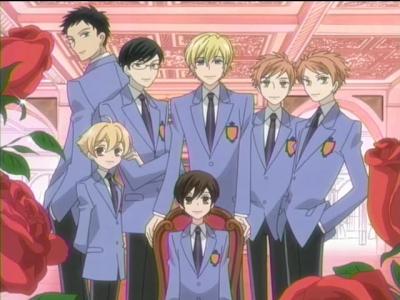 Ouran high school host club, I love this anime. It has romance, comedy with a bit of drama. It has alot of true comedy that you will laugh and true drama to make you cry. This isn't the kind of anime that is trying to make you laugh you end up laughing for real. 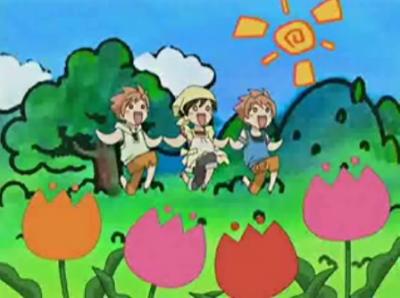 One day, searching through the vast campus for a quiet place to study since the libraries are filled with gossiping students, Haruhi finds the technically unused Third Music Room, taken over by the Host Club - a group of six cute male students who spend their time charming and entertaining the school's girls. During their first meeting, Haruhi is shocked at their behavior which causes andl knock over of a expensive vase valued $80,000. This causes Haruhi to contract a massive debt with the Host Club. In order to pay off the large sum, Haruhi is employed as the club's "dog" and is constantly ordered to do menial tasks for the members, such as serving food or cleaning up.
They soon find out that haruhi is soon a girl and during anime tamki ( the blonde) and one of the twins (hikaru on the right) as a crush on haruhi. But in the manga tamki, both twins and maybe kyoya. As a crush on her. The only ones who don't are Hunny (the small one who is the oldest member) and Mori (the tallest one and the second oldness member) 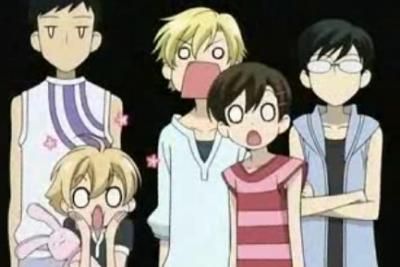 Now this is a show that you had must like! Pokemon was one of my first anime i have ever watched and i kept on watching it intill brook left the show. If you see the old episode on boomerang you may says it corny but you scream for joy when you see the first 150 pokemon. We are now up to the 10th season and i just watch some of the 7th season, and its hard to believe that they haven't changed the rocket power cheer.
The question is...
how did this 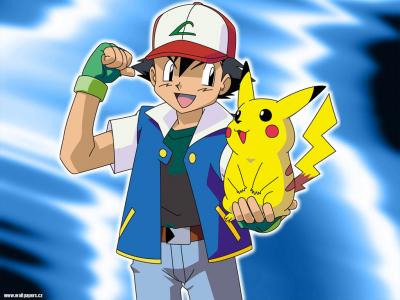 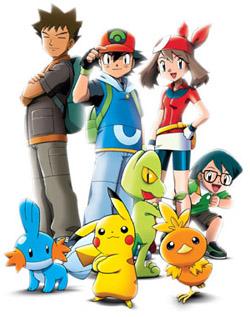 Now they all have something in common...Whats with the roses?! 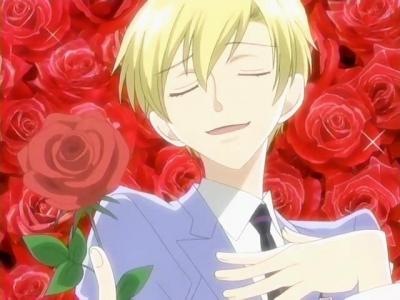 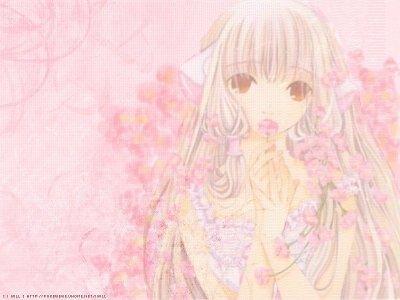 6
timbox129reloaded
Dreams to Dream: The Songs and Voices of Cathy Cavadini
Exploring the underrated voice artist, actress, and singer who is most famous for giving us The Powerpuff Girls' Blossom's original voice.