Important life lessons from Hannibal, B.A., Face, and Murdock
By Scofflaw
On
The A-Team is the greatest show in the history of television. It is known the world over for its razor-sharp humor, heart pounding action, and dense, deeply woven plots. But most people simply overlook the show's greatest contribution to society: its educational value. Here are perhaps the six most important life lessons that Hannibal, B.A., Face and Murdock ever taught us. 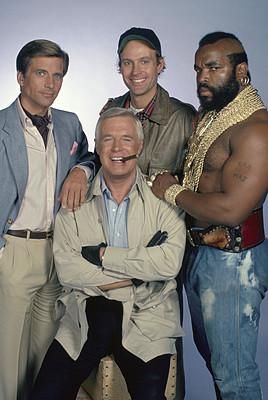 An automobile's natural environment is in the air.

The auto industry big wigs would love for you to believe that cars belong on the road, speeding around corners in some lush alpine valley. With their water channeling tires, anti-lock breaks, positraction, and what not, you'd think, "Boy howdy! This car is going to be great on the open road!" But these new technologies are nothing but chains and fetters around the neck of each and every automobile among us. Keeping a car on the road is like keeping a bird in a cage. It's just not natural. Cars want, nay, need, to be in the air. They yearn to soar and leap and glide through the wild blue yonder like boxy steel ballerinas. And if they can get upside several times, well then, even better. 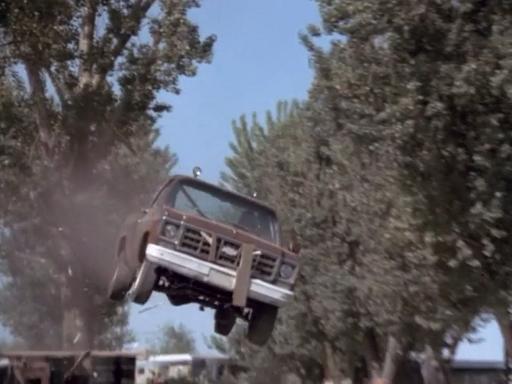 So the next time you're driving down your local urban thru-way, or cruising along a country road that is under construction, I urge you to find a parked car or flatbed truck with its ramp down, and use it! Use it to break society's cruel impositions and set your vehicle free, if only for a few fleeting slow motion moments. 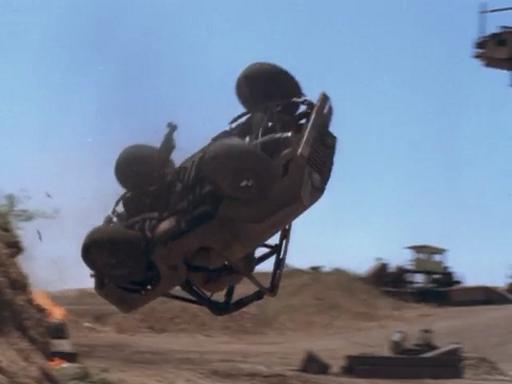 Dealing with a close friend's debilitating phobia is not as delicate a situation as you might imagine.

Let's face it, we've all been inconvenienced by the irrational fear of a friend or family member, be it a fear of heights, snakes, spiders, or even airplanes. It can make our lives difficult, and we resent them for it. There is no need to confront these people or involve a psychotherapist to assist them in working through their immobilizing terror. When these situations arise, simply work around them without the person's knowledge or consent. 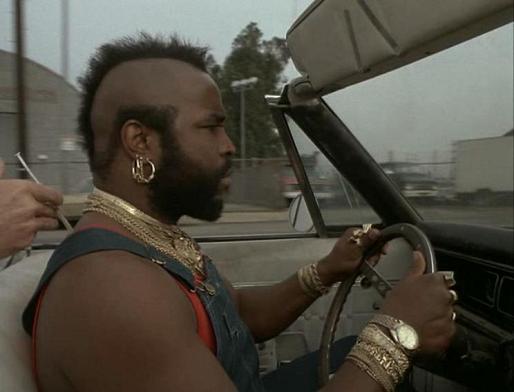 There are so many easy solutions: a syringe filled with narcotics of a nebulous origin, a tranquilizer in a frosty glass of milk, or in a pinch, a two by four to the back of the head. 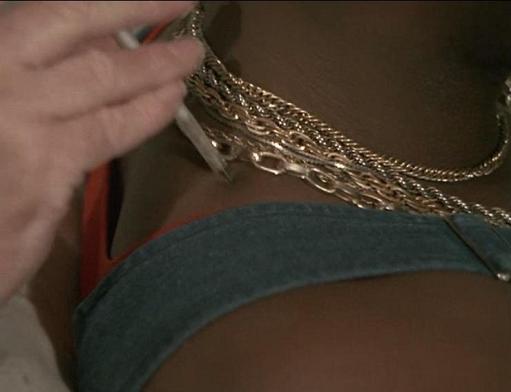 These people have a problem, and coddling them is only going to make it worse. Just drug them against their will, and strap them in, because this plane is scheduled for take off, so we can land in a place that looks suspiciously like the one we just left. 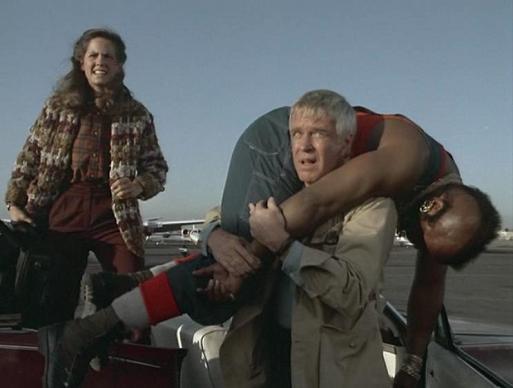 Despite all of the propaganda the anti-gun zealots are constantly jamming down our throats, the simple fact remains that guns are not dangerous. Gun manufacturing is a heavily regulated industry. And one of those regulations is that any weapon should be able to fire thousands of rounds of ammunition without actually hitting a human being, even if said human being is only a few feet away. 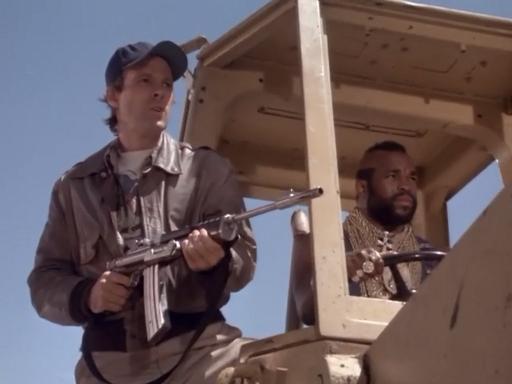 It is far, far more dangerous to fire cabbages through air cannons or spray water through high pressure hoses. Yet we don't see protesters taking to the streets to stop coleslaw and lawn sprinklers. 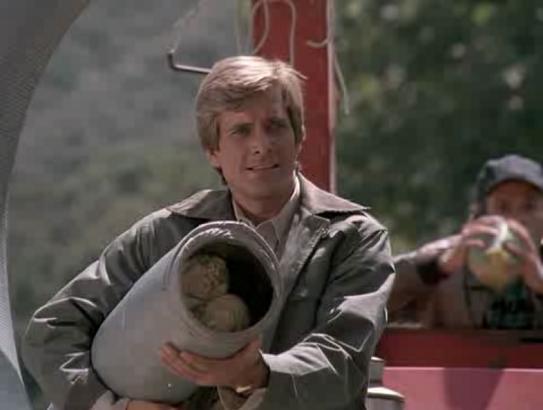 But sadly there is no regulation protecting the dozens of acres of land, roads, and poorly constructed wooden buildings that are destroyed every year by automatic weapon fire. These are the forgotten victims who have suffered in silence for far too long. Muddy dirt lanes and rickety sheds are people too. 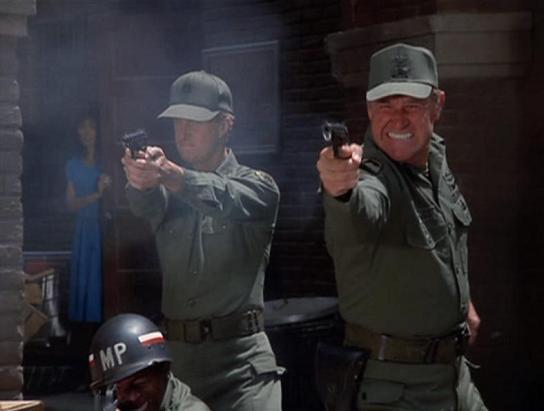 Neckerchiefs are for badasses. 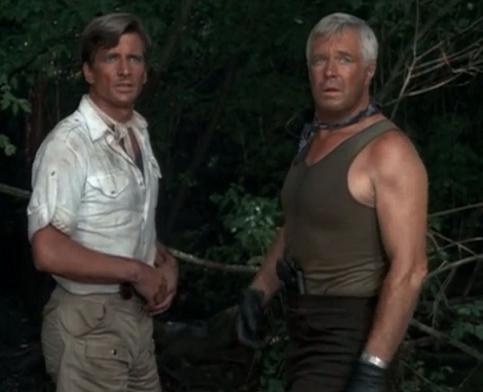 Evading capture by the United States government and its military intelligence is not so difficult.

If the A-Team has taught us nothing, it's that the easiest way for fugitive terrorists to escape government capture is by openly driving one of the most easily recognizable vehicles in the history of popular culture. 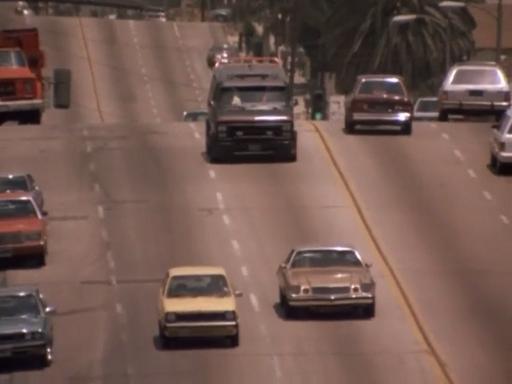 Science has proven time and time again that one of a kind vehicles are highly difficult, not only to recognize, but to pursue. Also, large diagonal red stripes confuse the eye, nearly to the point of blindness. 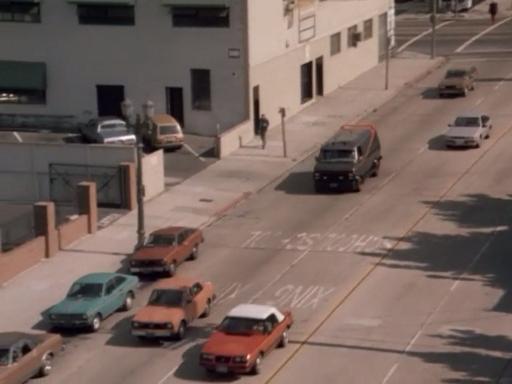 But beware. The U.S. military does not take kindly to the operation of one of these surreptitious vehicles. If you invoke the wrath of the United States, and in the most extreme of cases, raise the ire of her internal intelligence agencies, the government may be forced to resort to drastic measures. Not the least of which is the deployment of an entire fleet of very difficult to maneuver Chevrolet Malibus 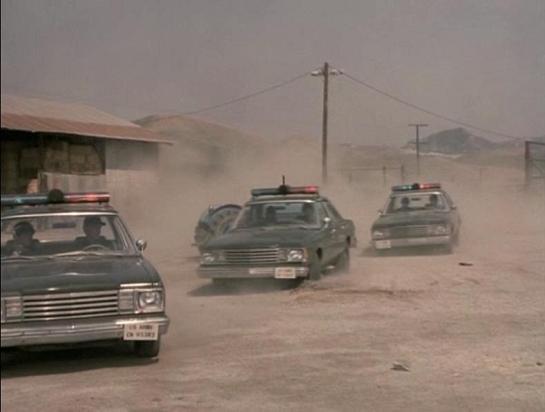 Cars built in the 80s are the safest automobiles that have ever been on the road.

During the 1980s, there was a major paradigm shift in the priorities of American car companies. Instead of focusing on style, speed, or power, the Big 3 decided to concentrate their efforts on safety. ULTIMATE SAFETY! 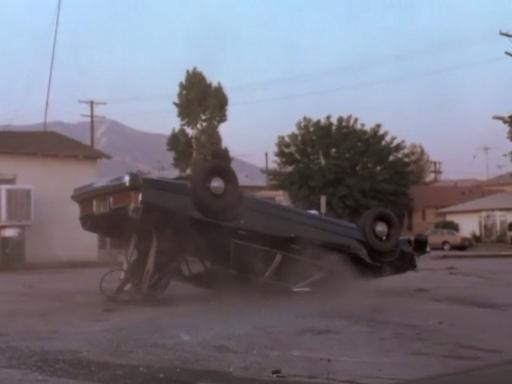 They hired the world's finest engineers and physicists, sequestered them for months at a time in a secret underground facility outside of Detroit, and charged them with designing the safest vehicles that have ever been conceived. Vehicles capable flipping end over end, jumping bridges, driving off cliffs, crashing through buildings, splashing into oceans, and rolling over high explosives, all without a single injury to a human being. 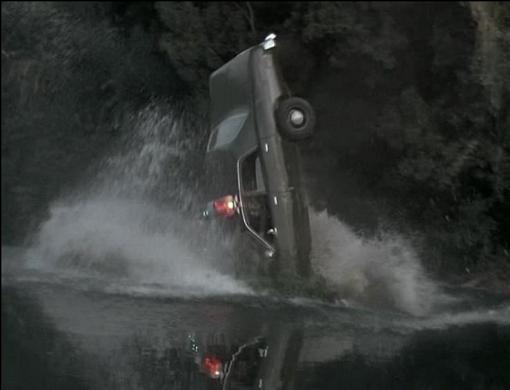 Even when a roof appeared to pancake, or when a tire was shot out causing the entire vehicle to explode and cartwheel through the air, not one human life was ever in danger. It's almost too beautiful to imagine: an entire decade without one single vehicle related fatality. It's no wonder that the American auto companies continue to dominate their foreign competitors in nearly every market in the world. 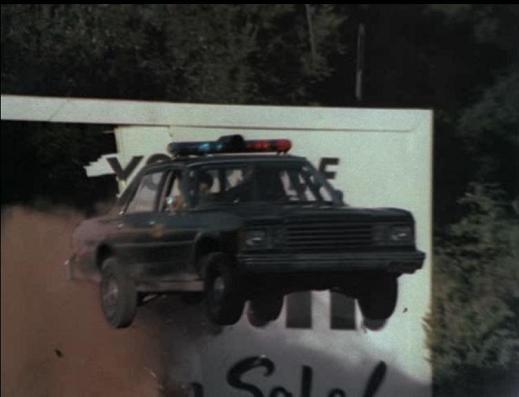 19
Scofflaw
Over The Top: Best Movie Ever
This is a list of 10 reasons why Sylvester Stallone's Over The Top is the best movie ever.

14
Quote O' Matic
Ken Miller: "I have to get into a bar. Everything fun in life happens in bars."
Added By: System
Freaks and Geeks
Related Articles